Daniel Craig and Lea Seydoux continued shooting in Matera, Italy, through the weekend. They captured a romantic scene between Bond and Swann in the ancient town.

Most of the setups were done during the day, but the crew waited until dusk to capture takes during magic hour. Local extras were seen lighting paper as part of the annual Festa della Bruna festival that plays out every July. The car chase sequence for is set the day after the festival. 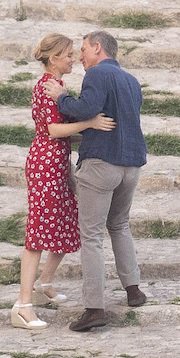 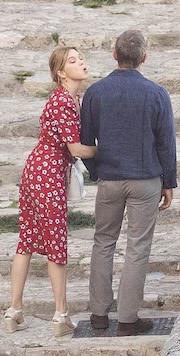 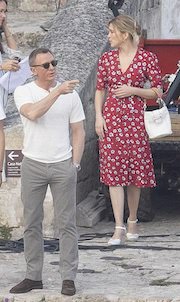 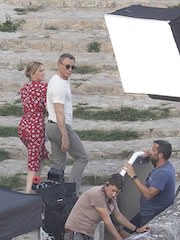 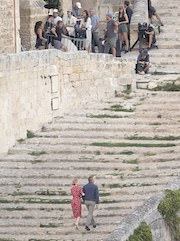 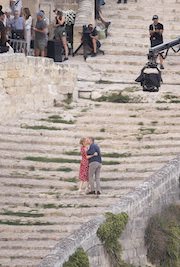 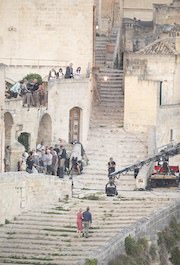 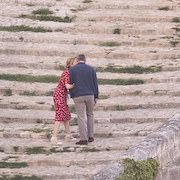 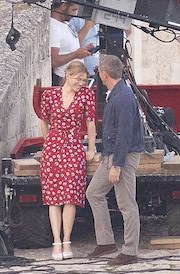 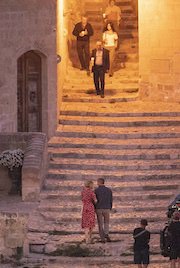