Daniel Craig and a host of stunt doubles were in action in Matera on Monday filming an intense but brief action scene.

Scene 32 sees James Bond jump a mo-hawked henchman (believed to be played by Dali Benssalah) from behind lines of hanging laundry, knock him out, and steal his Triumph motorcycle before riding down the stone steps. 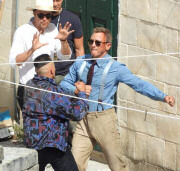 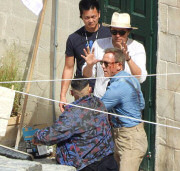 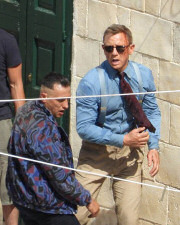 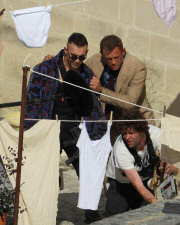 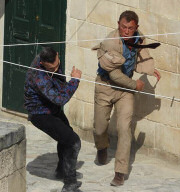 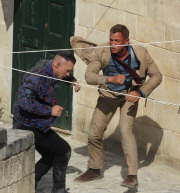 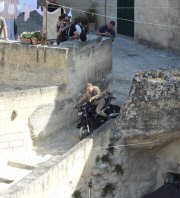