Production for the 25th James Bond film hit the streets of London on Sunday 30th June 2019 amongst the familiar architecture of Whitehall. 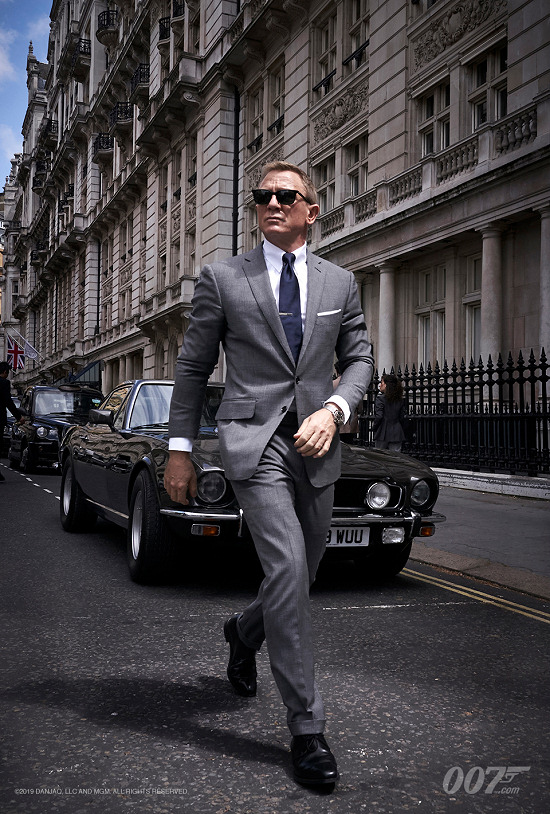 Daniel Craig was seen driving the 1987 Aston Martin V8 Vantage and crossing the street into the Ministry of Defence, where it is understood that MI6 now resides following the destruction of the Vauxhall Cross building. 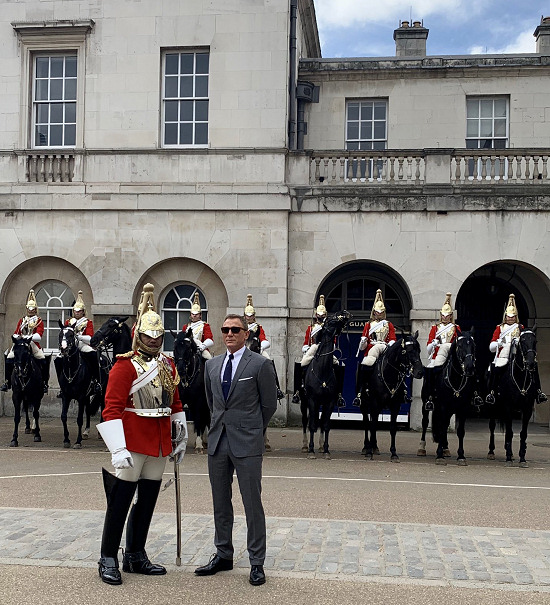 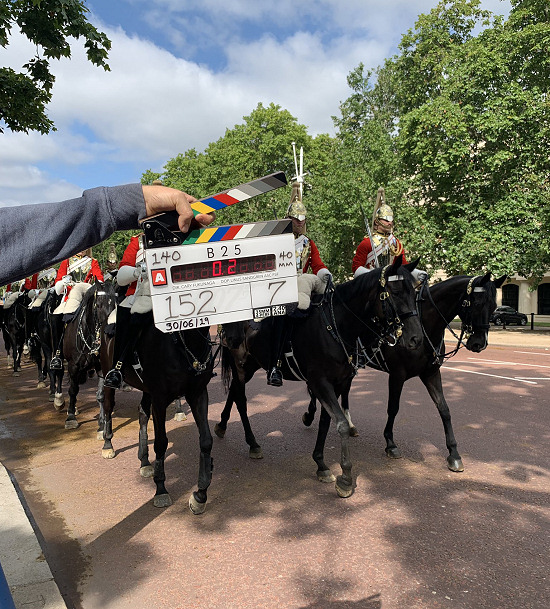 A clapperboard posted on the 007 Twitter account puts these scenes in the 150s. For comparison, 'Skyfall's final scenes were in the low 170s, meaning that these London sequences will be at the end of Bond 25. Daniel Craig was wearing an identical suit to that from the Prince Charles visit last week, and had the same injury makeup, suggesting Bond's meeting with M is also at the end of the film. 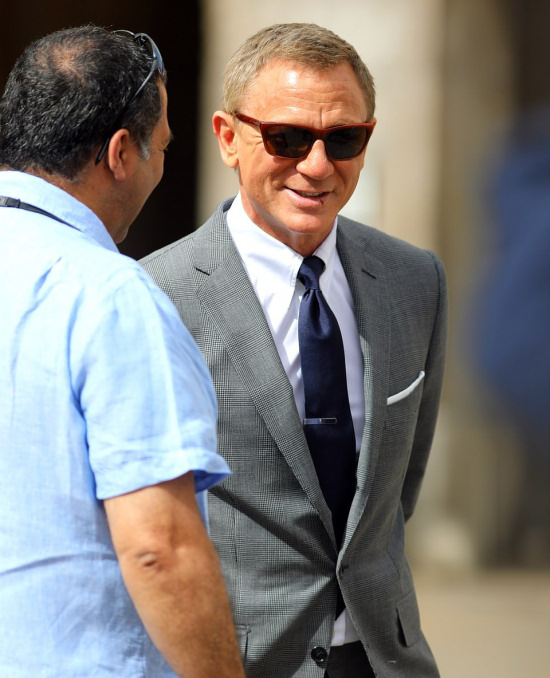 With 'Skyfall' and 'SPECTRE' having a lot its London photography also based in and around Whitehall, the UK capital in the Daniel Craig era will have a very consistent, if a somewhat narrow, look. 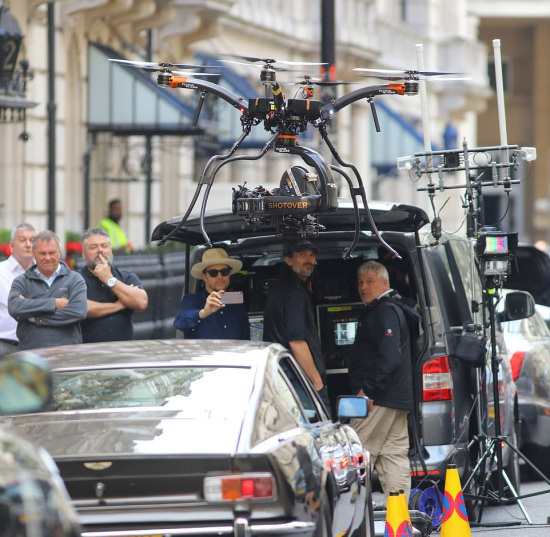 Amongst the other tidbits gleaned from the location filming: Director Cary Fukunaga used a drone Shotover camera to capture an angle above Bond's car; Daniel Craig's double did some additional driving with the now-common face replacement dots; and @BondMaps noticed that the Aston Martin V8 Vantage used in filming does not have a valid MOT, making it not road legal in the UK.