Government officials in Italy have confirmed some Bond 25 details

Local government officials in the town of Gravina in southern Italy have confirmed that the 25th James Bond film will shoot on location there during August and September. MI6 previously reported that Bond 25 would be shooting in Matera, just 16 miles down the road, during the same months. It is possible that both locations will be used as dates were confirmed for Matera, too.

On Tuesday morning (2nd July 2019) at the Palazzo di Città, a preliminary meeting was held with mayor Alesio Valente, the municipal offices concerned, the Local Police, the Superintendence of Archeology, Fine Arts and Landscape for the Metropolitan City of Bari, and the contacts of the Lotus Production srl, the production company charged by EON Productions to executive produce the Italian segments of the film. They previously collaborated on 'SPECTRE'. 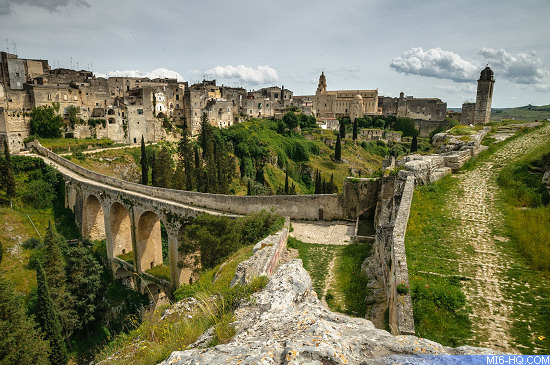 According to the local press office of the Municipality of Gravina in Puglia: "At the center of the discussion, logistic and procedural issues to be dealt with to get ready. For the moment, there is maximum discretion of the details, but it is now certain and - after the signing of the related agreements - now also official: Gravina will be involved in the filming for two months, next August and September."

"In a city that in recent years has already had the opportunity to open up to various national and international productions, we will now be facing James Bond", commented mayor  Valente. "A further, prestigious stage for Gravina, which will once again be known and appreciated worldwide for its beauty and its history. An unparalleled opportunity to seize which we have been working for months already."

Bond 25's pretitles sequence will be shot on location in Italy, during the late summer months. Léa Seydoux will be returning in her role as Madeleine Swann for the action-packed car chase, that takes place after 007 pays tribute to an old flame. Whether Swann has any presence in the story after the credits sequence is not known at this time. The location was first scouted for a car chase for the 'Quantum of Solace' pretitles.