The principal cast was confirmed today as filming starts in Jamaica, but no title yet

After a somewhat confusing media rollout, the Bond 25 'reveal' event took place on YouTube, Facebook and Twitter as a video live stream from 1:10pm BST today. Early reports that the film's title would not be announced were proven correct. Producer Michael G. Wilson erroneously commented: "I can't remember the last time we had a title when we announced the beginning of a film." 'Casino Royale', 'Quantum of Solace', 'Skyfall' and 'SPECTRE' all had their titles announced at their press launch.

Hosted at Ian Fleming's GoldenEye estate in Jamaica, where he wrote the James Bond adventures, producers Barbara Broccoli and Michael G. Wilson were joined by director Cary Fukunaga who confirmed shooting locations would include Jamaica, Pinewood Studios, London, and Italy. 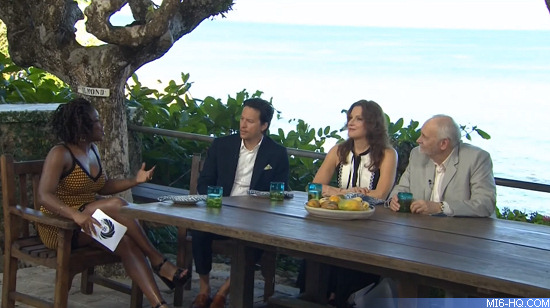 Asked about the plot, producer Broccoli said: "Bond is not on active service when we start the film. He is actually enjoying himself in Jamaica. He starts his journey here. We've built an extraordinary house for him... We've got quite a ride in store for Mr. Bond."

New cast members include Billy Magnussen, Ana De Armas, David Dencik, Lashana Lynch, Dali Benssalah, and Rami Malek. Long rumoured to be playing the main villain of the piece, Malek confirmed as much in a short pre-recorded segment. The actor was in New York on the production of 'Mr. Robot,' but said: "I will be making sure Mr. Bond does not have an easy ride in this, his 25th outing." Malek also stole the headlines shortly after the event, with many news outlets focussing on his casting as the story lead. 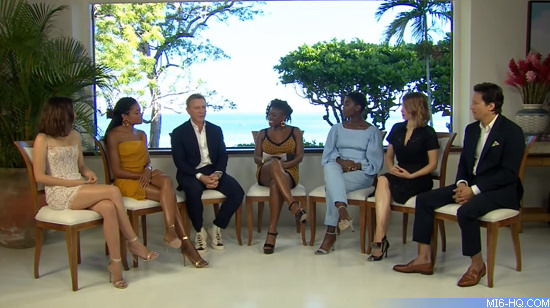