Live blog from the No Time To Die royal world premiere

We'll be reporting live from the red carpet of the Royal Albert Hall for the 'No Time To Die' royal world premiere tonight!

17:49pm We're wrapping up here as Barbara Broccoli and Michael G. Wilson give the final interview on the red carpet. There is a review embargo until midnight GMT. See you then! We'll be releasing a special 'no spoilers' episode of James Bond & Friends later today with our first takes on the film, and full reports from the premiere and reception on the website.

17:44pm Security has done its job of ushering in most of the premiere attendees ahead of the 7pm deadline to be seated.

17:44pm The light is dropping as the evening rolls in and we await the royal arrivals.

17:42pm Rami Malek says the experience he had on the film will be etched on his heart and how tough the last two years have been for everyone in the world. "We've sacrificed a lot. We've lost a lot. Now we get together and celebrate a lot." He says the cinematography is "shit hot."

17:38pm The music on the red carpet takes a jarring shift from the rousing crescendo of 'You Know My Name' to Sam Smith's 'Writing's On The Wall.'

17:35pm Phoebe Waller-Bridge says the biggest thing about tonight is that everything will be sexy. "It's been two years!"

17:30pm One of the cast won't be interviewed but made a bold appearance on the red carpet. 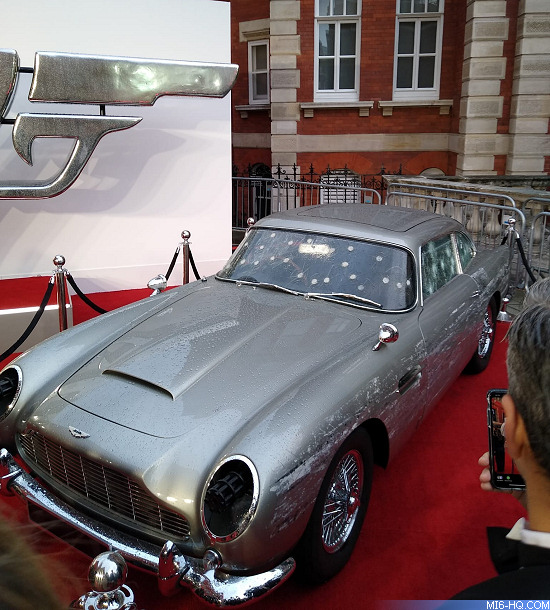 17:27pm Jeffrey Wright, returning as Felix Leiter, is rocking a green dinner jacket. James Bond's brother from Langley is joining in with the colourful evening wear.

17:25pm The host of the technically challenged April 2019 kick-off event in Jamaica is back interviewing the cast and crew in front of a big gun barrel. She may be contractually obliged to mention 'Facebook' every 5 minutes.

17:17pm Cary Fukunaga says it was time that was the biggest challenge of making the film, from the day he came onboard to the start of shooting to the end and completing. It was "balls to the wall." And then Covid happened.

17:15pm After making light of his unawareness of social media, Daniel Craig gives props to the crew he has worked with over the past 15 years as the highlight of his time as James Bond. He says it'll take 15 more years to unpick his memories of this tenure and remember everything.

17:04pm The crowds are still stretching all the way back to the gunbarrel entrance. This gives you a sense of how many people can squeeze in to the Royal Albert Hall. 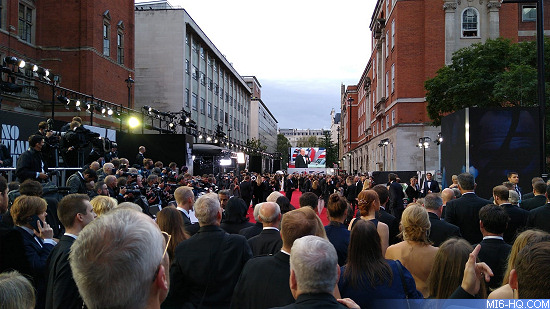 17:02pm It wouldn't be a world premiere with a blast of Duran Duran's 'A View To A Kill' theme blaring over the red carpet with its appropriate lyrics. Will we see a cameo from Grace Jones? 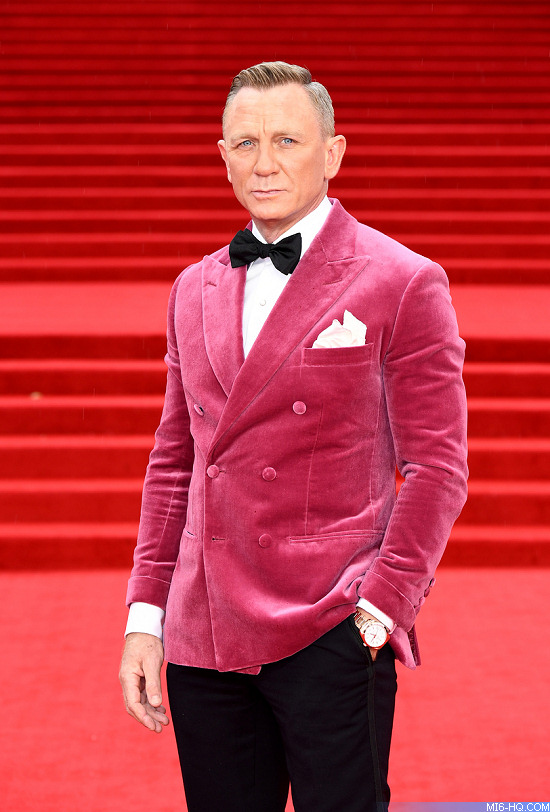 16:53pm Daniel Craig is wearing a pink / purple dinner jacket. A bold choice! But one that we salute.

16:51pm Hans Zimmer makes a light-hearted gag about winning a Grammy with Billie Eilish with a song for a movie that nobody had seen. Lashana Lynch also won the GQ 'break out' award last year for the same film nobody had seen.

16:42pm We often get asked, what's it like to attend a James Bond premiere? You can listen to our latest podcast about this very thing, but a picture paints a thousand words. Long lines at the Royal Albert Hall as the security checks are taking longer than normal. 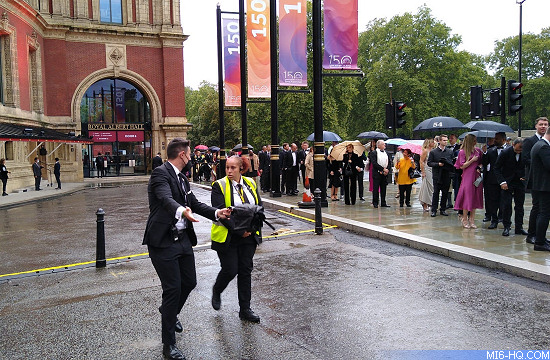 16:40pm The red carpet arrivals are being treated to Madonna's 'Die Another Day' over the PA system.

16:37pm We were out and about earlier today and got a less-than-glamorous look at the preparations of tonight's event. 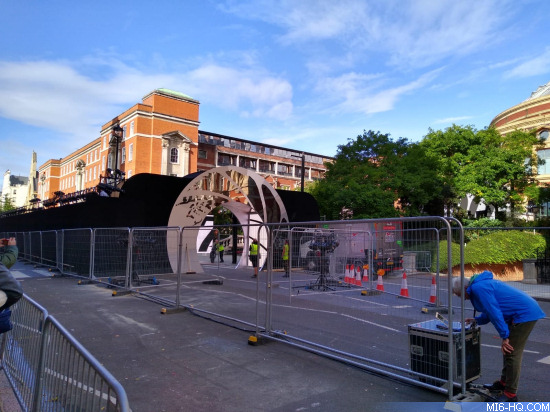 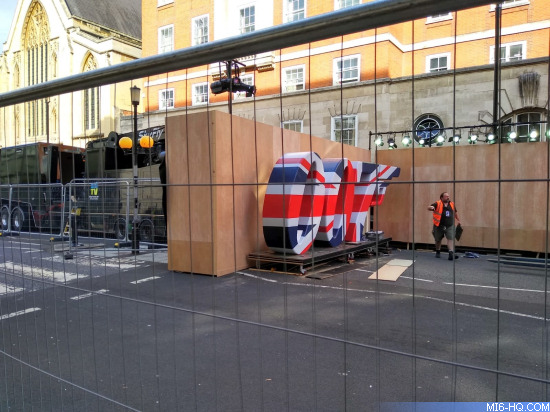 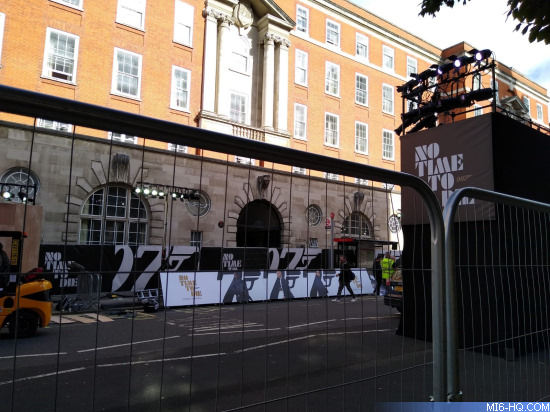 16:34pm You can watch the livestream of the red carpet event here on Facebook:

16:21pm If we thought we waited a lifetime for No Time to Die, director Cary Fukunaga was just as caught off guard as the rest of us by the pandemic… “I kept asking, ‘Is this really happening?’” he says. “There weren’t a lot of back-and-forth conversations.”

Read more of his conversation about the delay.

16:19pm Welcome to the MI6 live blog of the 'No Time To Die' Royal Premiere. It feels like a lifetime ago that we were ushering in the celebrities at the Royal Albert Hall for the premiere of Spectre. 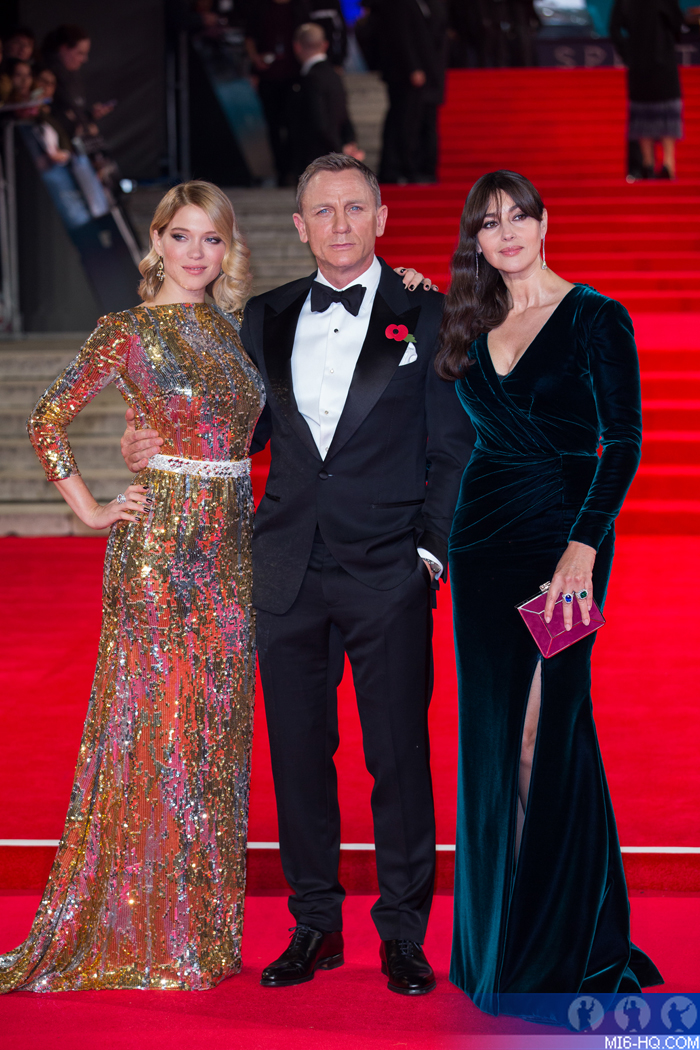