Bond 25 will return to Norway for location shooting next week

Bond 25 will be shooting in Norway in June, but local news coverage has confused 007's plans with another major franchise.

Earlier in the week, production trucks connected to Pinewood and TrueNorth (the Norwegian production company that is working on Bond 25) were seen in the village of Sæbø near the southwest coast of the country. It is expected that 120 crew will be at the site, prompting speculation that Bond would be coming to town. Denials by TrueNorth were quickly waved away by the national media, as they have been less than truthful before. But it is now understood that the shoot in Sæbø is for the new Marvel movie 'Black Widow', which has just started shooting at Pinewood alongside Bond 25. 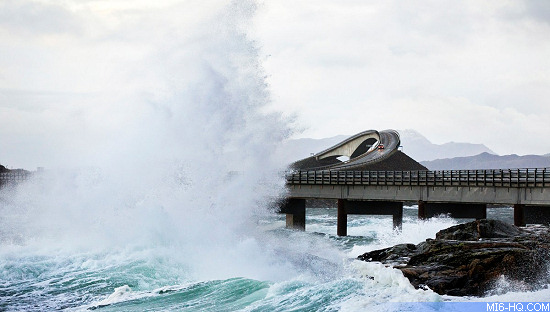 But 007 will be heading back to Norway was previously reported, but much farther north. Bond 25 will be shooting along the spectacular stretch of road at the Atlantic Ocean Road ('Atlanterhavsvegen') in early June. The 5.2 mile stretch of road is preserved as a cultural heritage site and is classified as a National Tourist Route. It is a popular site to film automotive commercials, has been declared the world's best road trip. 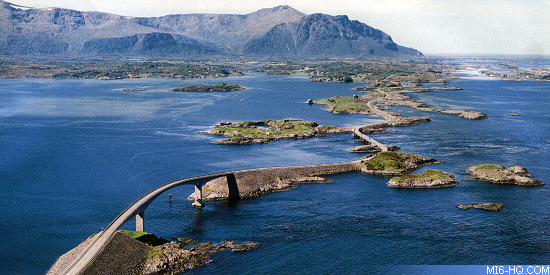 The news was confirmed through permissions that had to be gained to close airspace for two helicopters that will be used during filming. The local company Nord Helicopter applied to the Civil Aviation Authority for the necessary permits from June 5th to June 14th, 2019 for two helicopters over the area, one with camera equipment and one to move people, equipment and for use as "backup". 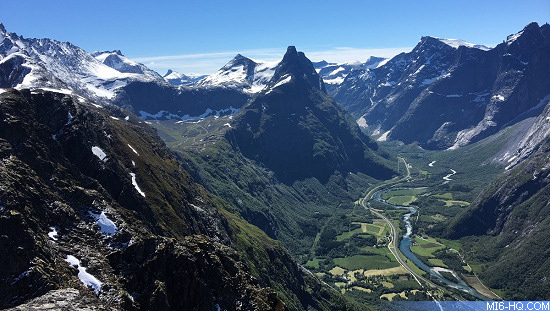 Local media are again reporting that Bond 25 will also shoot in Rauma in Romsdal. The area around Åndalsnes is known for very pointed mountains and steep valleys and is renowned for base jumping and rock climbing.