As Sir Sean Connery celebrates his 90th birthday, take a look back at some of his most memorable non-Bond roles

The smooth-talking Scotsman of the silver screen, who first lent his image to Ian Fleming's James Bond back in 1962, has had a varied and memorable on-screen career. As Sir Sean Connery celebrates his 90th birthday, we look back at some of his most popular non-Bond movies. The following films are a selection of Sir Sean's highest-ranked films (according to voters at IMDb). How many have you seen? 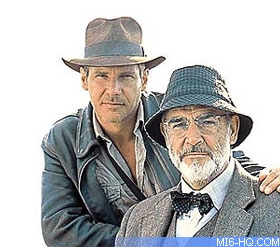 #2 - The Untouchables (1987)
Directed By: Brian De Palma
Also Starring: Kevin Costner, Andy Garcia, Robert De Niro
Synopsis: Set in 1920s Prohibition Chicago, "The Untouchables" is the semi-autobiographical story of Eliot Ness, an unorthodox cop, who assembles a team of hoodlums and agents to take down the most famed and feared gangster of the day: Al Capone. Jimmy Malone (Connery) an old-time gangster offers advice to Ness as to how to beat Capone at his own game.
Rating: 8/10 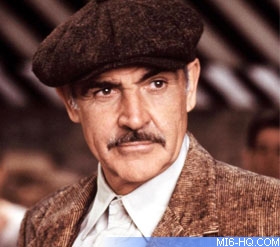 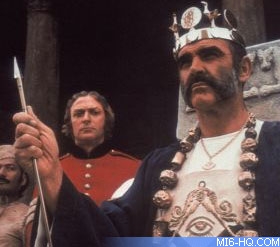 #3 - The Man Who Would Be King (1975)
Directed By: John Huston
Also Starring: Michael Caine, Christopher Plummer, Saeed Jaffrey
Synopsis: Rudyard Kipling is approached by two ex-British army officers who tell the story of how they abandoned the army lifestyle and journeyed throughout modern day Afghanistan, earning respect amongst the locals. One of the pair, Danny (Connery), is mistaken for the reincarnated Alexander the Great and hailed as king. Danny begins to relish his newfound power. The plot follows the rise and tragic fall of Danny Dravot, the man who would be king.
Rating: 8/10

#4 - The Longest Day (1962)
Directed By: Ken Annakin et al
Also: Starring: John Wayne, Henry Fonda, Curt Jurgens
Synopsis: Documents the events of 6 June 1944 and the Allies invasion of Normandy. An extravagant recreation of D-Day events with extensive military consultation, many of whom would be portrayed on the screen. Sir Sean Connery plays Private Flanagan of the British landing party and his colleagues include the prestigious Richard Burton and Leslie Phillips.
Rating: 7.8/10 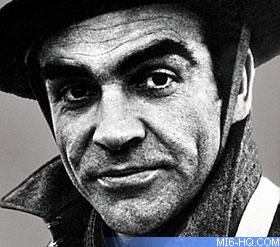 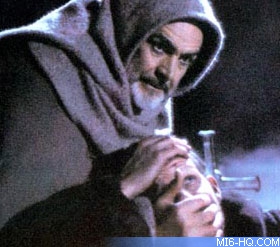 #5 - The Name of the Rose (1986)
Directed By: Jean-Jacques Annaud
Also Starring: Christian Slater, Michael Lonsdale, Elya Baskin
Synopsis: William of Baskerville (Connery) is a 14th century Monk, who, together with his apprentice, investigate the murders that take place in and around a Benedictine abbey. Here William finds a prohibited room that, it is later revealed, contains a hoard of previously lost texts, including those of Aristotle. It seems to be a secret people will kill to keep.
Rating: 7.8/10

#6 - The Hill (1965)
Directed By: Sidney Lumet
Also Starring: Ossie Davis, Harry Andrews, Ian Bannen
Synopsis: A noir-style World War II drama that documents the experiences of British officers in a detention cap in North Africa. Joe Roberts (Connery) is amongst the new arrivals to the camp, imprisoned for assault. The camp is dominated by ambitious and cruel staff who concoct torturous tasks for their detainees until one of them dies. A power struggle between the authorities, all hoping to pass the blame.
Rating: 7.8/10 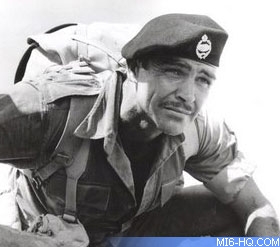 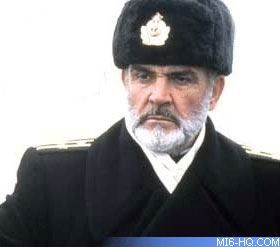 #8 - Murder on the Orient Express (1974)
Directed By: Sidney Lumet
Also Starring: Albert Finney, John Gielgud, Ingrid Bergman
Synopsis: Onboard the Orient Express detective, Hercule Poirot has only a few hours to solve a murder whilst the train is stopped by snow. As the plot unravels it turns out that many passengers aboard have intertwined histories. The murder is that of American businessman Ratchett, who is traveling with an entourage of valets and personal assistants. Colonel Arbuthnott (Connery) is amongst the passengers and suspects.
Raiting: 7.3/10 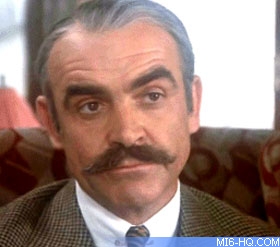 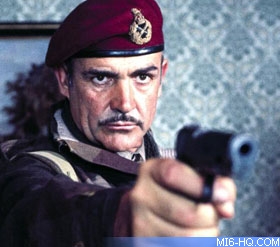 #10 - Marnie (1964)
Directed By: Alfred Hitchcock
Also Starring: Diane Baker, Tippi Hedren, Martin Gabel
Synopsis: Marnie is a kleptomaniac but a charming young lady who catches the eye of her new employer, Mark Rutland. When Rutland catches Marnie stealing from him, instead of calling the police, he proposes marriage. She has little choice but to consent. Her husband is curious about Marnie's secretive past. When at last Mark uncovers something of the truth he confronts his wife, hoping she can put all that behind her for good.
Rating: 7.2/10 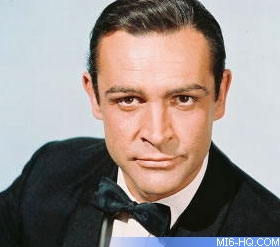