An updated set of Daniel Craig's adventures as James Bond in 4K Ultra HD will be released on March 1st, 2022, in the USA to add his fifth and final film 'No Time To Die'.

A four-film version of the 4K set has been available to buy in the US since 2020, and is now heavily discounted in anticipation of the updated edition. If you have already bought 'No Time To Die' on 4K Bluray, now is a good time to pick up the other 4 films cheaply. Pre-orders for the new 5 film set are not available yet. 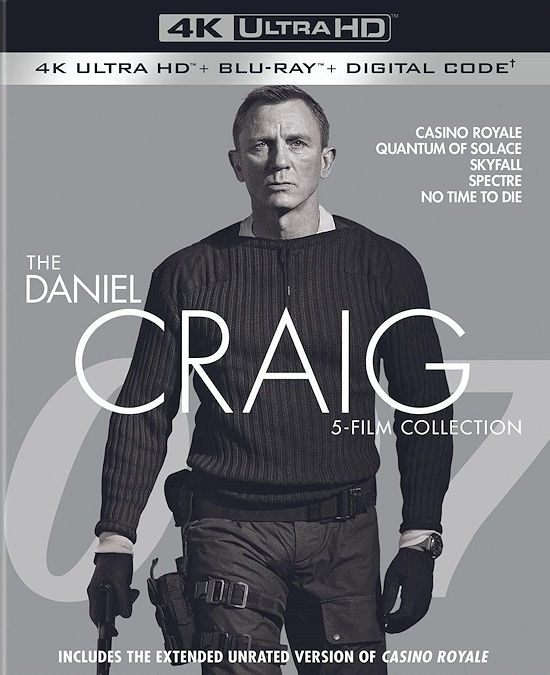 The updated set will be distributed by Warner Bros, who are MGM's home entertainment partner. Previously, MGM partnered with Fox Home Entertainment to release the James Bond films on DVD and Bluray, but that relationship ended when Disney acquired Fox.

It is expected that a 60th anniversary 4K Bluray set will be announced at some point in 2022.