The Wool Is Not Enough

Saturday 5th October 5th, 2019, celebrated James Bond Day marking 57 years since 'Dr. No' opened to the public. As part of these celebrations, MI6 were invited to the very Bondian Burlington Arcade in London to N Peal's launch of its latest cashmere collection inspired by the 007 adventures. 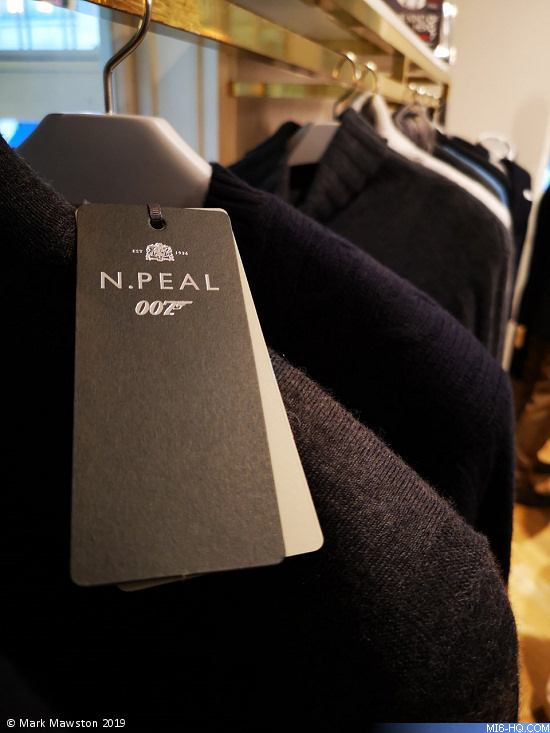 Working alongside EON, N Peal has created a range that covers all the Bonds from Connery to Craig, taking inspiration from the decades the relevant films were released in. For example, there is no mistaking the light blue close-fitting cashmere that’s obviously taken its inspiration from George Lazenby’s only outing in 'On Her Majesty's Secret Service', to the more rugged look of the outfit Roger Moore wore to scale the cliffs of St. Cyril’s in 1981’s 'For Your Eyes Only'. 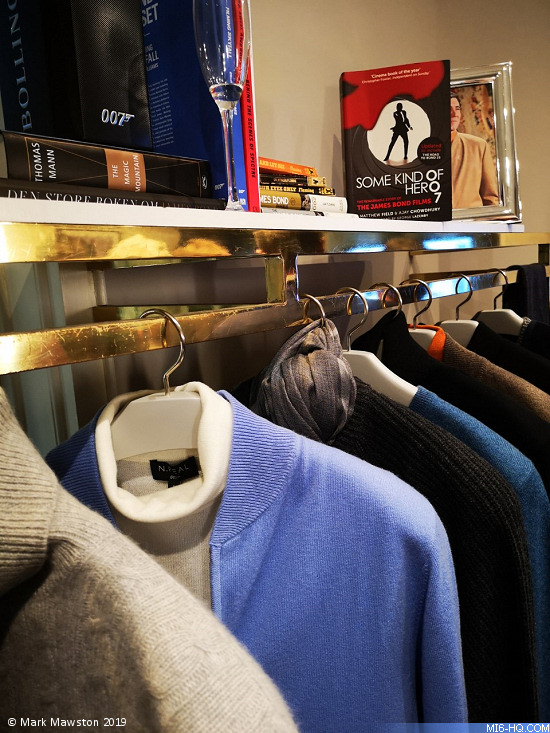 We were also treated, while being served Bollinger, to the new ad that has been made to launch the collection. It is a mini Bond adventure in itself - so look out for it on social media when it’s made public. Epic in scale and stylish in its execution, it is boosted no end by the wonderful score by Bond composer David Arnold. 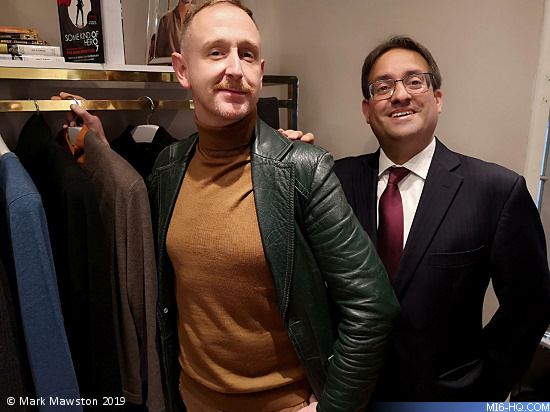 Above: Fellow Bond aficionados Mark O'Connell and Ajay Chowdhury at the launch event.

The most popular outfit on the night seemed to be the one from the Daniel Craig inspired range which is very ‘now’ with its classic Britpop style zipper and slimline look. The range, inspired by over 50 years of Bond, will be essential for those who feel that the wool is not enough as the look and feel of this cashmere collection mirrors 007s ongoing sophistication throughout the years.

Collecting Big Chief Studios give us a sneak peek at the new 1:6th scale figures