Bletchley Park has long given up its secrets, the former Government Code and Cypher School having opened its doors to the public in 2014, but it seems the home of cryptography and spycraft still has a few secrets left up its sleeve. For example, for many years it was speculated that Bond creator and deputy to the Head of Naval Intelligence during the Second World War, Ian Fleming, had himself played a part at Bletchley Park and was privy to the “Ultra” intelligence produced there. However, so secret was the GC&CS during the War that very little documentation existed to support this notion. Until now, that is, after documents unearthed by Bletchley researchers unequivocally confirmed Fleming’s involvement with Bletchley. 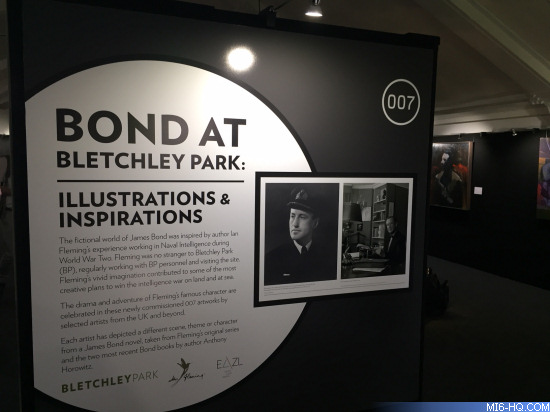 To celebrate this discovery, a temporary art exhibition has been opened at Bletchley Park that explores the connection with Ian Fleming and celebrates the author’s enduring creation, James Bond.

Launching the exhibition, Bletchley historian Dr. David Kenyon revealed that not only had Fleming had the security clearance to know about Ultra, but also was on the very short list of those actually allowed to read the intercepts. It was also revealed that he was responsible for intelligence coordination and planning, using his exceptional imagination to dream up new ways of obtaining signals and codebooks - including Operation Ruthless - a ploy to crash a stolen German bomber crewed by commandos into the channel and have them take over the rescue vessel, allowing them “pinch” the Enigma codebooks it would be carrying. 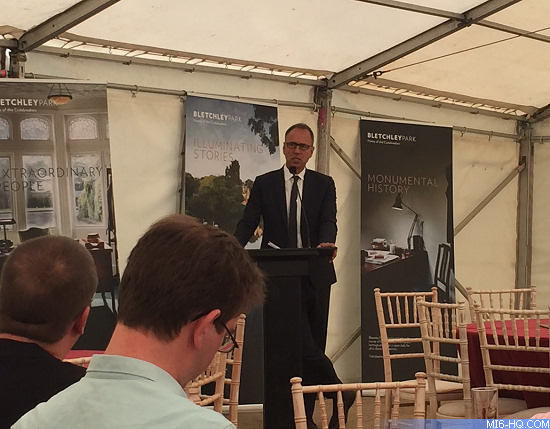 The exhibition’s opening also happily coincides with the release of the latest James Bond continuation novel, Forever and a Day, by Anthony Horowitz, so it was fitting that the author should be the official guest of honour at the opening of the exhibition.

The exhibition itself - nestled into Bletchley’s Hut 12 - includes original correspondence and facsimile documentation between Fleming and the Bletchley Park codebreakers, first editions of the Fleming novels, as well as specially commissioned artworks by emerging and prize-winning artist, with each piece inspired by character, scene, or theme from one of the James Bond novels. 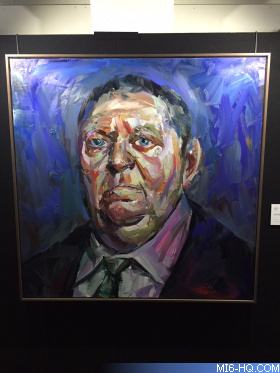 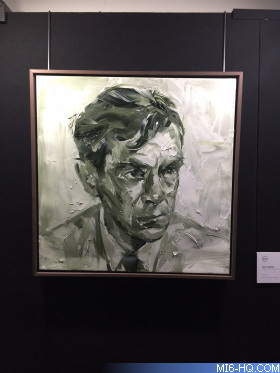 Forever and a Day is the second Bond novel by Horowitz, a follow up to Trigger Mortis and will be reviewed on this site shortly. 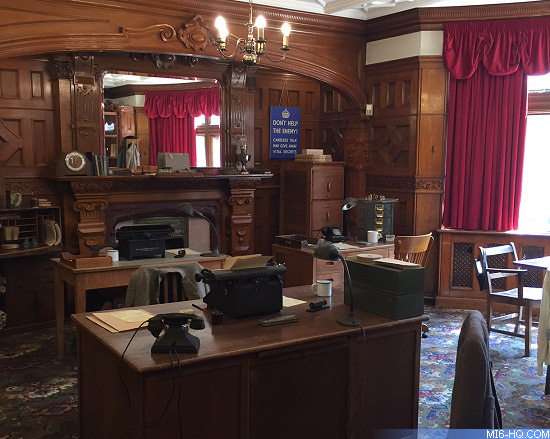 The temporary exhibition runs from Friday the 25th of May to Sunday the 14th of October and will conclude with a charity auction of the artworks. Bond at Bletchley Park: Illustrations and Inspirations is free with admission to Bletchley Park.