A mixed bag of results for No Time To Die

'No Time To Die' was the 'big film' at the 2022 BAFTA award ceremony tonight, an event that elongates the film's PR machine even more than anyone ever expected since it went into production back in 2019. It was nominated in five categories: Outstanding British Film, Cinematography, Editing, Sound, and Special Visual Effects. Additionally, Lashana Lynch was up for the 'Rising Star' award that was voted by fans. Daniel Craig skipped the event as he is in rehearsals in New York for his upcoming Broadway production of 'Macbeth.'

The evening kicked off with Dame Shirley Bassey, now in her 85th year, belting out her theme to 'Diamonds Are Forever' as a montage of clips from James Bond films marked the start of the 60th-anniversary celebrations.

Of the five categories, 'No Time To Die' only landed the gong for 'Editing.' Tom Cross and Elliot Graham collected the award and gave high praise to Daniel Craig for resuscitating the series with 'Casino Royale'. Cross dedicated his BAFTA to the late Peter Hunt, who edited the first film 'Dr. No' and went on to direct 'On Her Majesty's Secret Service'. 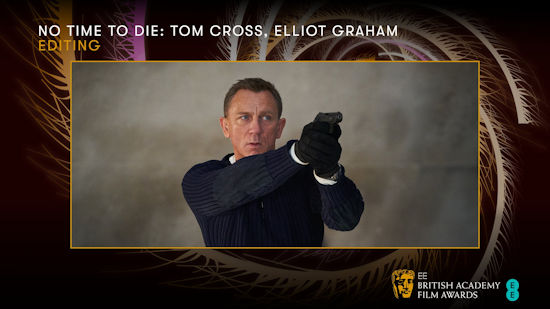 Lashana Lynch won the 'Rising Star' award for her role as Nomi in 'No Time To Die'. She won a similar trophy from the GQ Awards back in 2020 despite nobody having seen the film. 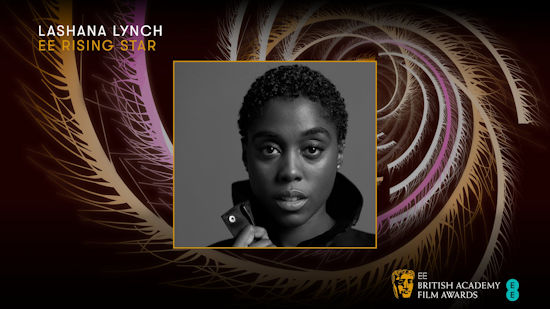 In the other categories, 'No Time To Die' was beaten by 'Belfast' for Outstanding British Film,  and by 'Dune' for Sound, Cinematography, and Visual Effects. 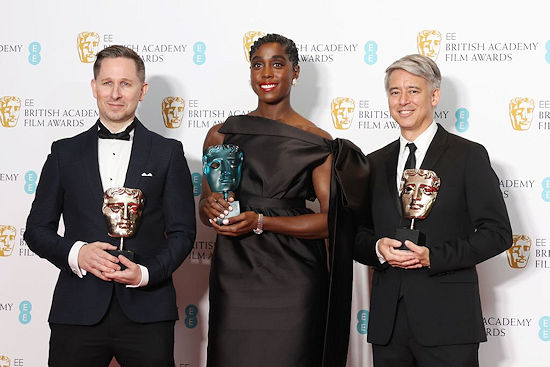