Daniel Craig was joined by James Bond producers Barbara Broccoli and Michael G. Wilson and 'No Time To Die' co-star Rami Malek for the unveiling of his star on the Hollywood Walk of Fame tonight. 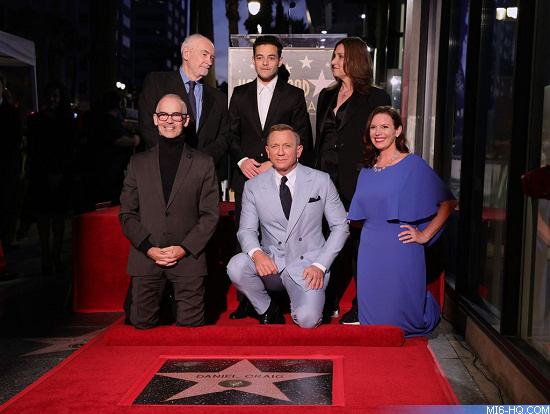 "The idea that my name will be alongside those of so many actors who have inspired me during my life is really quite incomprehensible and not something I could have ever imagined," Craig told Variety ahead of the event. "So all I can really say is that it is an enormous, mind-boggling privilege to have been invited to join the road." 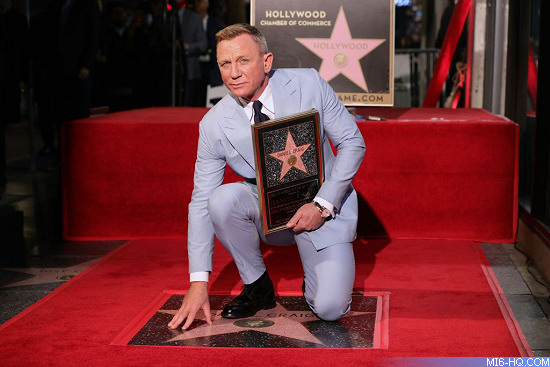 Stars on the Hollywood Walk of Fame are accepted by a committee and successful applicants have to pay $50,000 towards the installation and upkeep of the Walk of Fame. Previous James Bond actors with stars are Sir Roger Moore and Pierce Brosnan.