On Sunday 25th September 2016 colleagues and friends joined nine-time James Bond production designer, Peter Lamont, at Pinewood Studios to celebrate the release of his book THE MAN WITH THE GOLDEN EYE. This lavishly illustrated tome is a treasure trove of drawings, photographs and anecdotes from all 18 Bond movies bearing Lamont’s credit.

Organised by the terrific team at Bondstars, the event began with a message from Michael Wilson and Barbara Broccoli, “We hope you have a truly wonderful day amongst dear friends and sharing wonderful memories. We thank you for your incredible talent, vision and sheer devotion to the Bond franchise over the past five decades.” 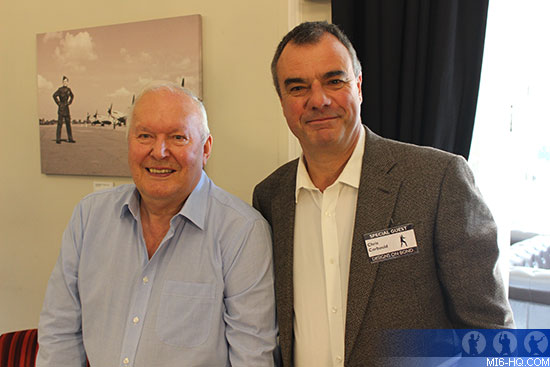 Following a book signing and lunch, a video messages came from Sir Roger Moore and director James Cameron, with whom Peter collaborated on three movies - most notably Titanic - for which Lamont won an Academy Award. “I think back to the things we did together going back 30 years beginning with Aliens and it takes me right back to Pinewood Studios and how you created something out of almost nothing - we had so little budget and such ambitious designs. I think back on our collaboration with such pride, in you Peter, for adapting to the craziness in how I work and stepping up to create these incredible images on screen. I think of Titanic - that was such an experience for me - to be on the Titanic. Having dived down and seen the real wreck and then getting to walk through these beautiful spaces you were able to re-create for us. Congratulations to you on the book and congratulations to you on such an epic, epic, career as a designer.” 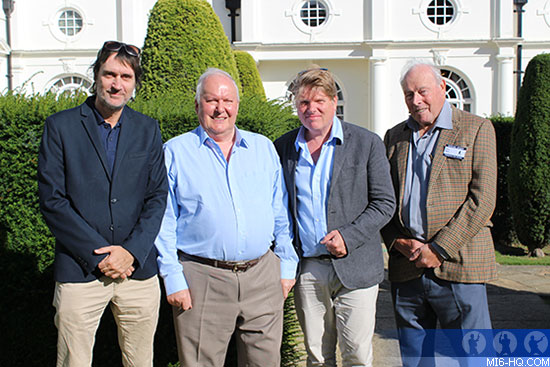 Screenwriter Neal Purvis delivered a message on behalf of director Martin Campbell, “I am proud of the work we did on GoldenEye and Casino Royale and that is in large parts due to your contribution. Not only was the production design terrific but you and your hard working team were always there to listen to my ideas.”  Robert Wade followed with words from The World Is Not Enough director, Michael Apted; “We all have very clear memories of working with you and mine are very clear and present. I was way out of my depth when I joined the production. Although I was certainly no chicken, I had never done anything on the scale of 007 and was frightened to death. You sensed that and in your gentle caring way, nursed me through. You taught me skills that have stayed with me forever. Peter, you are a scholar and a gentleman.”

Lamont was bestowed with the Cinema Retro Lifetime Achievement Award by editors Lee Pfeiffer and Dave Worrall. Before the award was presented, director John Glen, who worked with Peter on five Bond movies reminisced, “Peter and I were promoted at the same time on For Your Eyes Only. Peter had really earned his spurs. My everlasting memories of Peter, is that he was so practical. Not only was he artistic he was very simply in the way he went about his work. He had such a wonderful vision and I honestly think without the help of Peter I would have fallen flat on my face.” 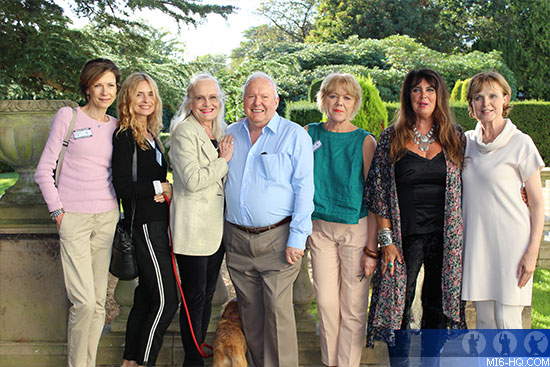 Above: Peter lamont and Bond girls through the decades. Photo copyright Matthew Field.

Afternoon tea was served in the beautiful Pinewood Gardens where Peter enjoyed the company of former Bond girls Shirley Eaton, Margaret Nolan, Madeline Smith, Caroline Munro, Maryam d’Abo and Deborah Moore. The launch came to a glittering finale with a wonderful set performed by the band ‘Q The Music.’