Two James Bond actors were among the 007 alumni present at the 77th Golden Globes awards held in Los Angeles on Sunday 5th January 2020. 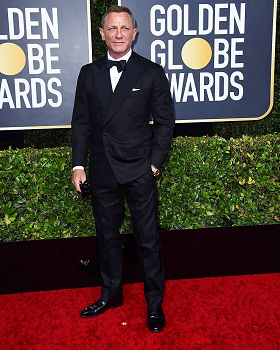 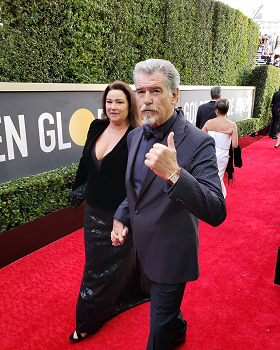 Daniel Craig was there to present an award and also his for nomination as Best Actor in a Motion Picture Comedy or Musical for his recent film 'Knives Out.' His co-star, and also upcoming Bond girl in 'No Time To Die' Ana De Armas co-presented with Craig and was up for 'Knives Out' with a Best Actress in a Motion Picture Comedy or Musical nomination.

Former James Bond star Pierce Brosnan was in attendance with his wife and two sons, who were this year's Golden Globes Ambassadors. Sporting a grey mustache and goatee beard, Brosnan presented an award with comedian Will Ferrell. 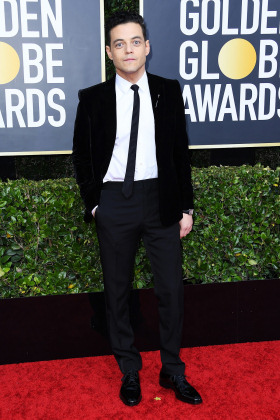 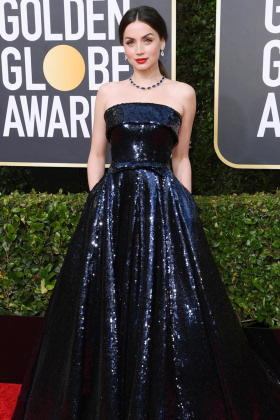 Upcoming Bond villain Rami Malek was at the ceremony for his nomination as Best Actor in a Television Series (Drama) for his headline role in 'Mr. Robot.' 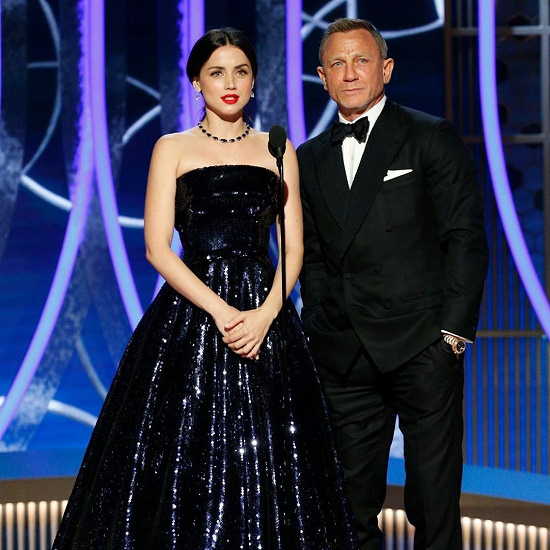 Sadly, none of the 'No Time To Die' cast scored a Golden Globe win on the night, but one of the crew did. 'No Time To Die' co-writer Phoebe Waller-Bridge won Best Actress in a Television Series (Comedy or Musical) for 'Fleabag.' The show also won the overall award in the same category, giving two trophies to the creator. Craig could be seen positively beaming in the audience when she won. 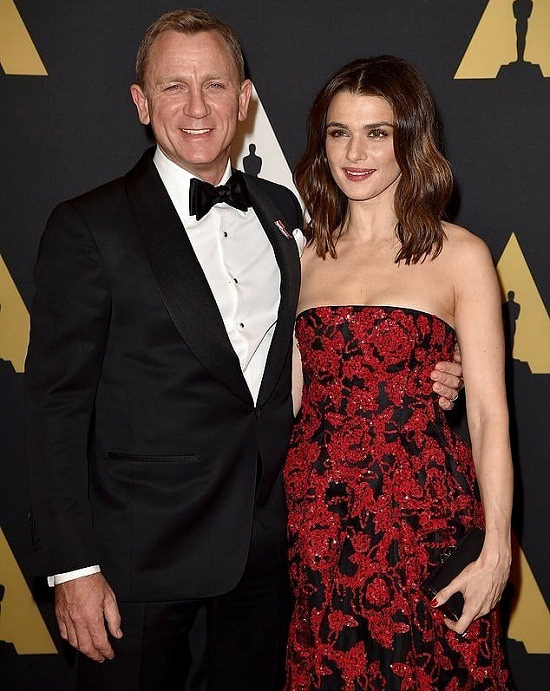 The night was also kind to 007 alumni Sir Sam Mendes, who picked up both Best Director and Best Picture for his WWI movie '1917.'  Former Bond villains Jonathan Pryce (Best Actor in a Motion Picture for 'Two Popes') and Andrew Scott (Best Supporting Actor in a Series, Miniseries or Television Film) were nominated but did not win their categories.

On the red carpet, Daniel Craig was quizzed about leaving the Bond franchise after stating 'No Time To Die' would be his fifth and final outing.

Rami Malek was also asked about his villain role in 'No Time To Die' and what it was like to work on a Bond film with Craig.