James Bond was represented at the Queen's diamond jubilee 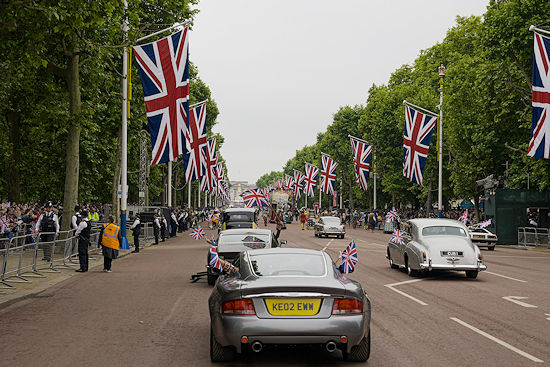 At the 'Party at the Palace' on Saturday, Daniel Craig was shown in a pre-recorded video paying tribute to her and referencing the skit he filmed with her back in 2012 for the London Olympics.

The next day, the 'Platinum Jubilee Pageant' featured several vehicles from the James Bond films as part of the procession in Act II, celebrating Britain's cultural output during her reign.