The concert, created by EON Productions and sponsored by Bowers & Wilkins and Omega, will be produced by five-time Bond composer David Arnold.  The event marks 60 years since the world premiere of Dr. No, the first 007 film, on 5 October 1962 and will benefit Nordoff Robbins Music Therapy and The BRIT Trust (with 100% of their allocation of the funds raised being donated to The BRIT School). 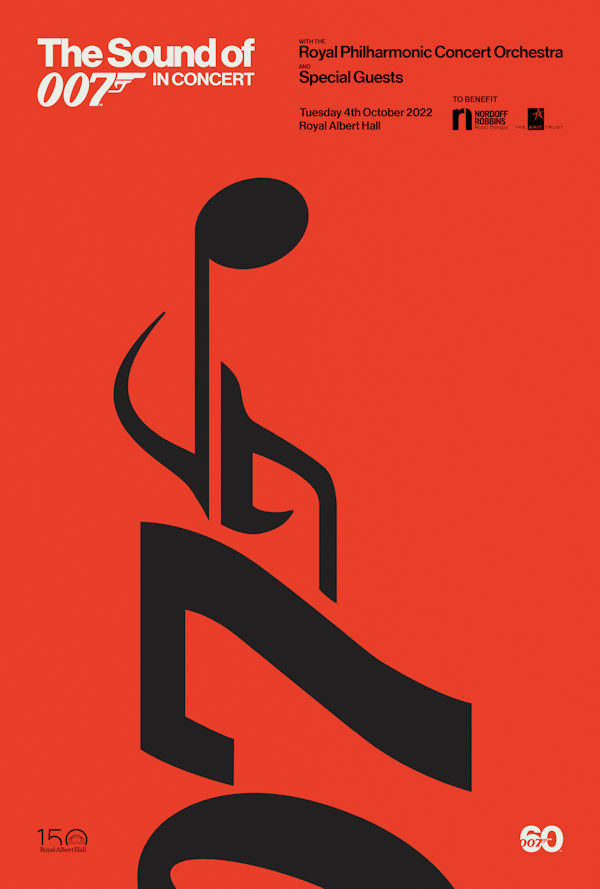 Sandra Schembri, CEO, Nordoff Robbins Music Therapy, said: “We are truly honoured and grateful to have been selected as one of the chosen charities for the upcoming Sound of 007 concert at the iconic Royal Albert Hall, alongside The BRIT Trust. All funds raised for us from this spectacular event will go directly towards helping thousands of people across the UK to connect and communicate through the power of music.”

Josh Berger CBE, Chair of The BRIT School: “It is an honour for The BRIT School to be part of this momentous occasion marking 60 years of a Great British icon, and we are proud to be celebrating the power of music and film coming together.”

The Sound of 007: LIVE from the Royal Albert Hall, an exclusive recording of the live 4 October charity concert, will be available to stream globally on Prime Video following the event as part of the streamer’s 60th celebration of James Bond.