Book Preview: Licence To Kill - The Science of 007
Ian Fleming's series of novels based on the adventures of the secret service agent James Bond have thrilled and delighted readers since 'Casino Royale' was published in 1953. And when the film of 'Dr. No' was released in 1962, Bond quickly became one of the world's favourite secret agents.

Science and technology have always been central to the plots than make up the world of Bond, and in Licence to Kill Kathryn Harkup explores these themes. Naturally, there are 007 chapters, covering the full range of Bond's exploits, and the arms, technologies, tactics, and downfalls of his various foes, from the practicalities of building a volcano-based lair, to whether being covered in gold paint really will kill you, and - if your plan is to take over the world - whether it is better to use bacteria, bombs, or poison. 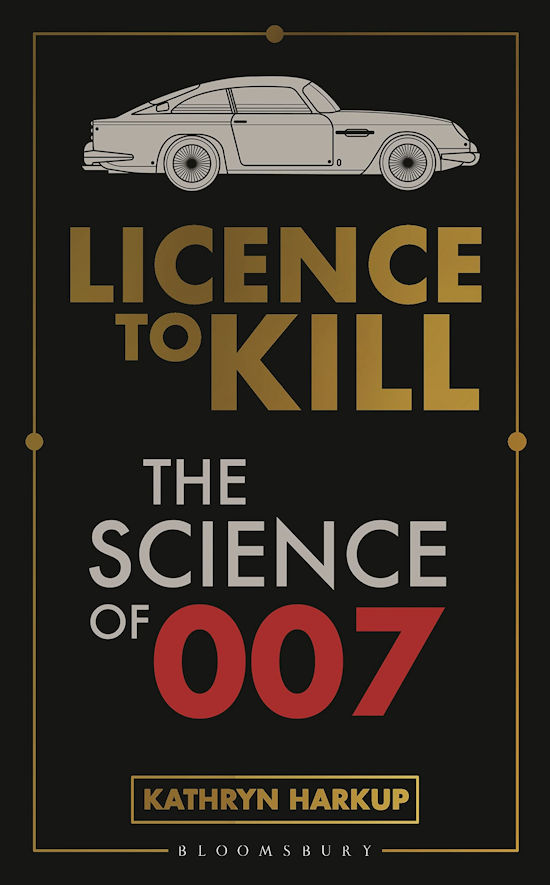 Could our favourite Bond villains actually achieve world domination? Were the huge variety of weapons and technology in Bond's arsenal ever actually developed? And would 007 actually escape all those close shaves with his life intact? From the plots to the gadgets to the ludicrous ways that Bond's life is threatened, this book takes a look at the scientific world of Bond - James Bond.