Exactly 40 years ago, Moonraker blasted off with its world premiere in Leicester Square, London

Friday 26th June 1979 saw the launch of the biggest James Bond adventure of them all - 'Moonraker'. 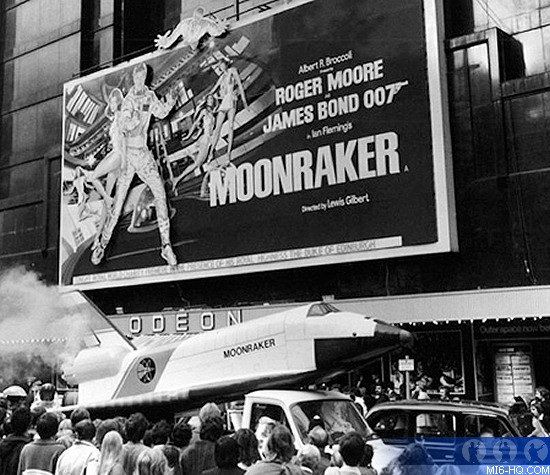 With post-production and the final cut of the film completed the night before, it was a critical time for 007 as the movie had clocked up a $34m budget (the highest of the series so far) and an expensive worldwide marketing and merchandise campaign. 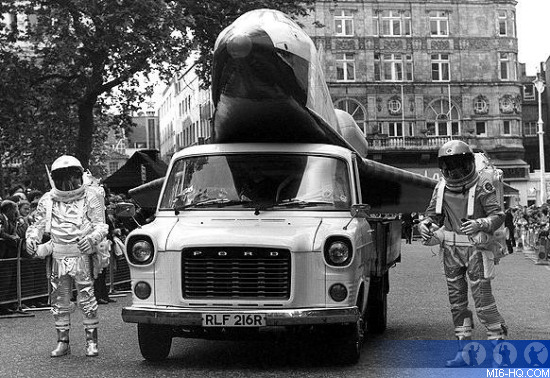 The Odeon theatre in Leicester Square, London, was emblazoned with a huge Moonraker poster and a model Moonraker space shuttle was driven around the square on top of a transit van accompanied by two extras in space suits. 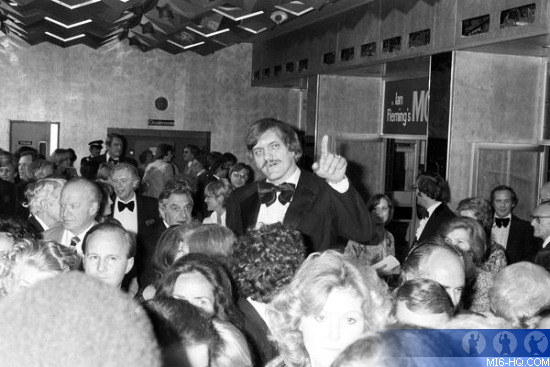 The Duke of Edinburgh, Prince Philip, gave the royal seal of approval to the events and met with cast and crew ahead of the screening. The film's summer release in 1979 was originally planned to coincide with a premiere in Houston, USA, and the first launch of NASA's new space shuttle. The space programme was delayed (ultimately it would take a further two years before the shuttle was launched) so Bond went back to his regular home for opening night.

The arrivals scene at the Odeon for the premiere was televised live and an after party was held at the London Playboy Club with the famous bunny girls dress in space outfits. The cinema clocked up £86,084 in its first week of ticket sales, breaking a new record. Total box-office for the UK would eventually run to $19.4m. Moonraker's global haul would remain a series high until GoldenEye sixteen years later.

Sir Roger Moore hosted a TV special in the UK to celebrate the opening of his fourth James Bond film, 'Moonraker', in the summer of 1979. It opened with the usual clip montages of the previous 007 adventures, interspersed with some of Moore's wit and charm. The special concluded with footage of the Royal World Premiere of 'Moonraker', held at the Odeon Leicester Square on July 26th, 1979.