The James Bond films have set movie-making standards for action, adventure and have often been the first to pioneer new and fantastic film techniques. From the pre-title sequence, to the gun barrel icon and lavish main title sequence, almost Bond film to date opens with the signature which film-goers have come to associate with James Bond. Bond veteran Maurice Binder set the standards of the Bond title sequence and the legacy was continued by Robert Brownjohn and in the '90s and today, Daniel Kleinman and MK12 have contributed to the aesthetics of Bond's title sequences. MI6 compiles a list of the 24, and counting, titles and their designers - complete with notes on style, series firsts, and title trivia. 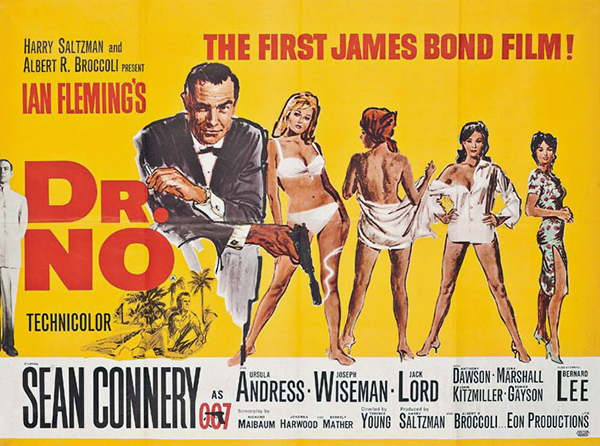 Featuring colourful spheres, flashing in time to the famous James Bond Theme, this is the only credit sequence not preceded by a pre-titles sequence. The only sequence in which the gun barrel intro does not feature the Bond theme. 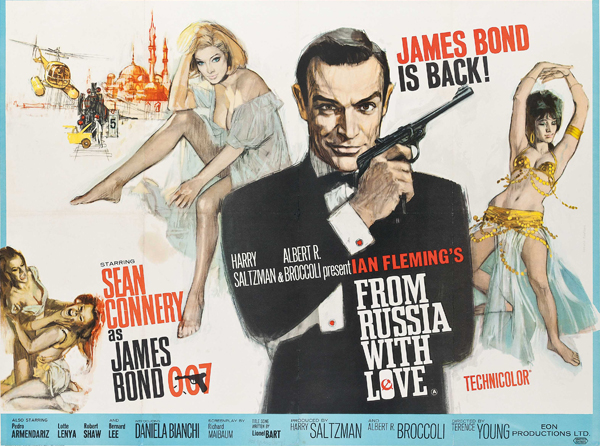 Credit text is colourfully projected onto the midriff of a belly dancing beauty. Reds and oranges dominate this sequence. Binder is busy on "The Mouse and the Moon", so Robert Brownjohn is invited to step into his shoes. 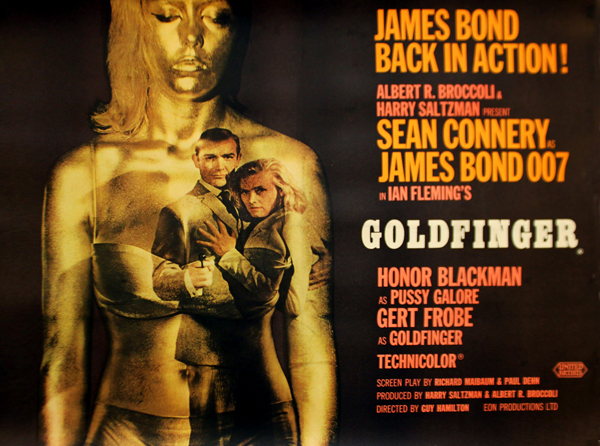 Footage from the third Bond film is projected onto a gold-painted female figure. Like "From Russia With Love", the credits are also brightly projected on the body. 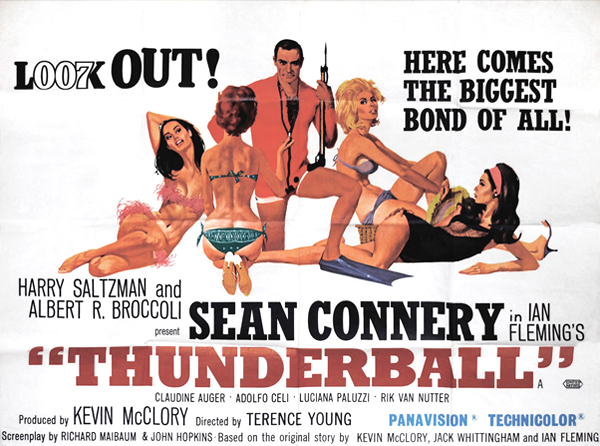 Maurice Binder returns to design the "Thunderball" credits. This fourth sequence has an underwater flavour mixing sea-blue tones with the red of bloodied waters. Scantily clad diving girls are thrown into the mix. 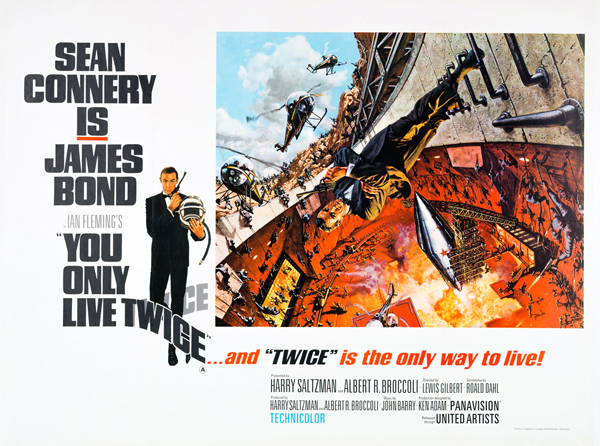 Red fiery volcanoes feature in the titles of "You Only Live Twice". Binder continues the tradition of semi-naked female silhouettes - a theme that would remain with the Bond credits through to modern times. 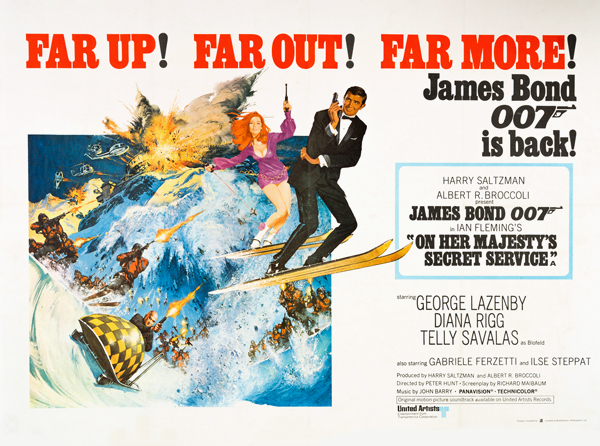 'On Her Majesty's Secret Service'
Designed By: Maurice Binder
Title Song: We Have All The Time In The World
Title Artist: Louis Armstrong

Clocks are shown ticking backwards and archive footage of the past 5 films rolls backwards through an hourglass - in the hopes of indicating George Lazenby's 007 is still the same character filmgoers know and love. Sea-blues feature in the OHMSS colour palette. 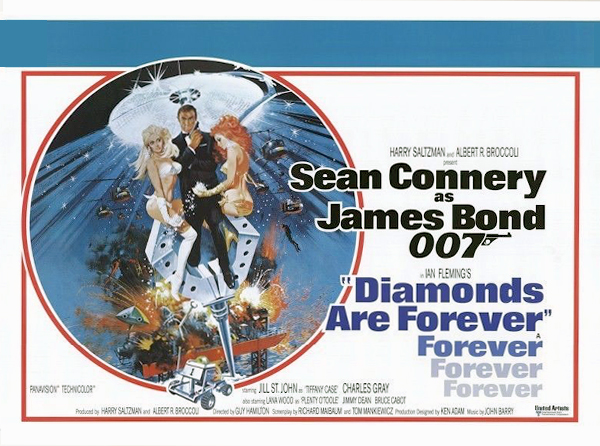 Black and white are dominant within the "Diamonds Are Forever" title. Blofeld's signature white cat with diamond encrusted collar is present, and dancing girls are projected onto the facets of the diamond. 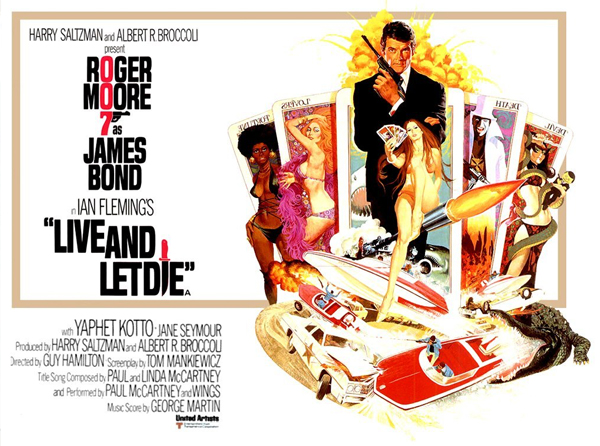 Flames and skulls are common during the "Live and Let Die" credit sequence. One of the first title sequences to show the faces of the title girls captured on-screen. 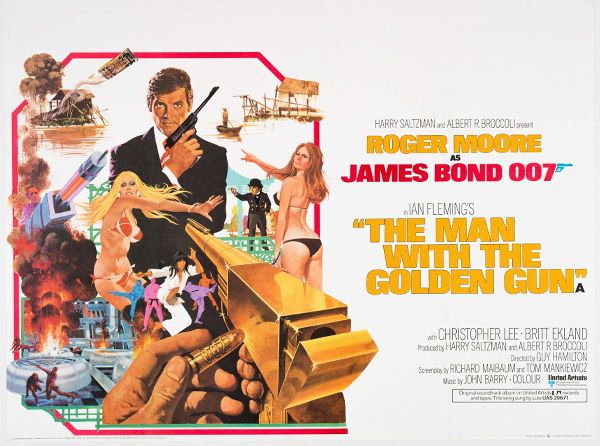 Colours of red and black, with imagery and icons of woman brandishing guns feature in this credit sequence. 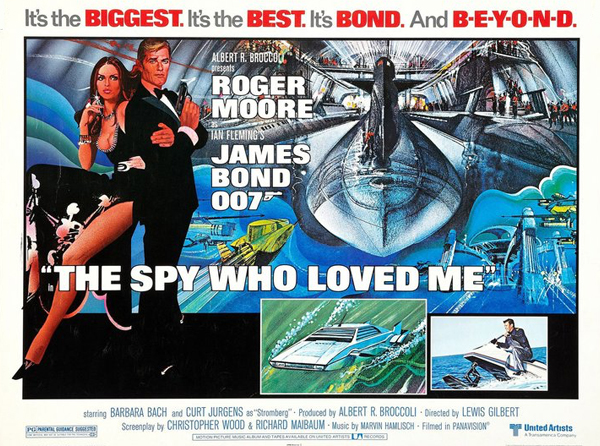 'The Spy Who Loved Me'
Designed By: Maurice Binder
Title Song: Nobody Does It Better
Title Artist: Carley Simon

"The Spy Who Loved Me" titles are dominated by blue tones, marching girls, the Union Jack, and for the first time, James Bond himself - in the guise of Roger Moore. 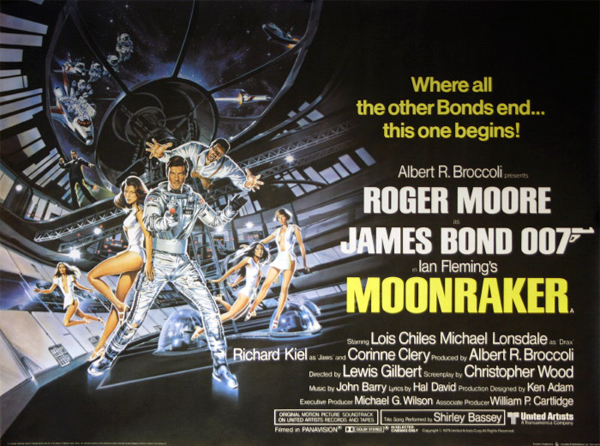 Circus girls tumble from the skies while Bond parachutes through this sequence in a continuation of the pre-titles sequence. Moody blues and mauves are a backdrop for acrobatic girls and an outer-worldly feeling. 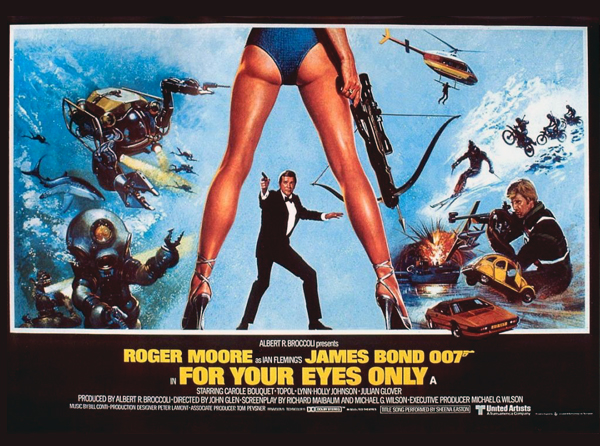 The only credit sequence to feature its title-song artist, Sheena Easton. Within this "For Your Eyes Only" title sequence, colours and images are of sea-blue tones. 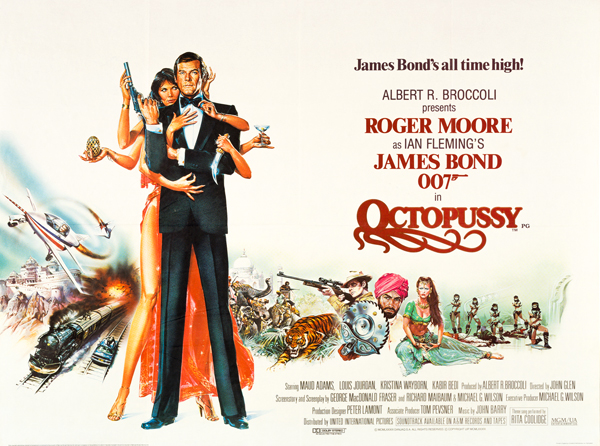 The Octopussy title sequence is appropriately laden with Bondian beauties. The Octopussy “tattoo" is laser-projected onto the scantily clad girls' bodies. 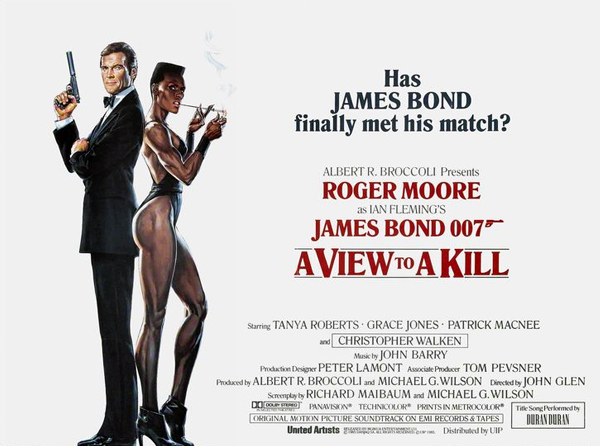 The "A View To A Kill" titles are dominated by fluorescent tattoos on glamorous girls as well as laser guns, skiing, dancing girls with ribbons and '80s bouffant hairstyles. Probably the most dated look of the series. 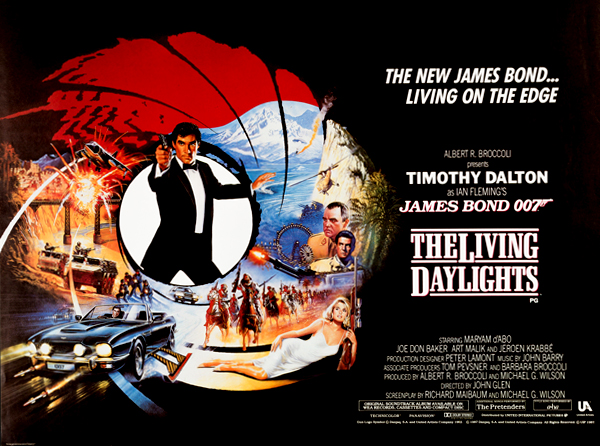 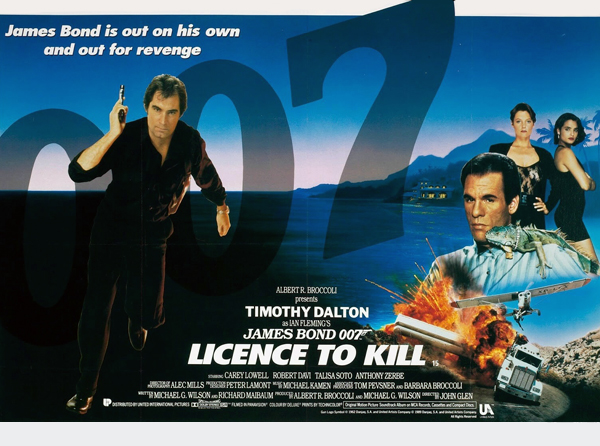 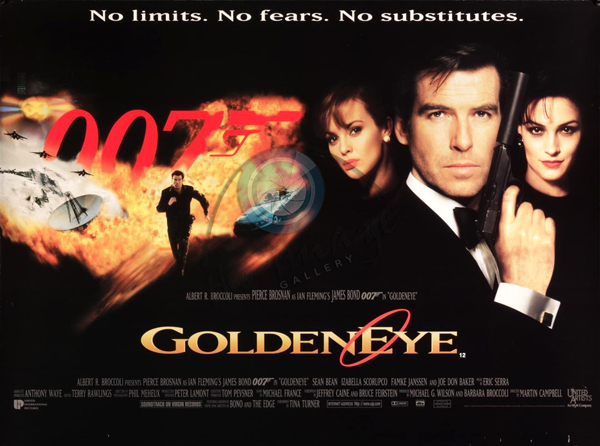 Daniel Kleinman opts for the digital approach. Girls and guns still feature, but motion-capture technology is applied to digitally render the GoldenEye title sequence. The East/West cold war conflict creeps into the "GoldenEye" title with hammer and sickle iconography. 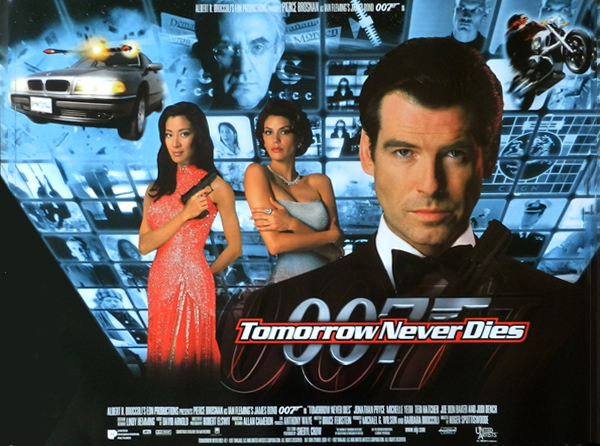 The "Tomorrow Never Dies" title sequence taps into the digital and mass-media theme of its plot. Kleinman incorporates glass, oil and computer chip patterns into the title sequence. For the first time a different artist is credited with the closing-credits design: General Screen Enterprises. 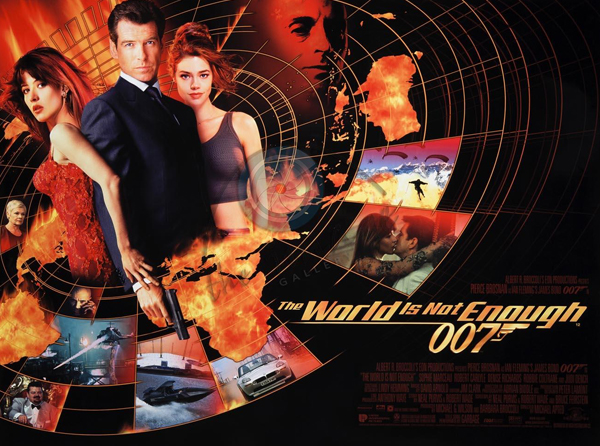 James Bond falls straight from the Millennium Dome into this grimy title sequence. "The World Is Not Enough" embodies the oil themes of the plot to produce a stark, predominantly black and white title sequence. 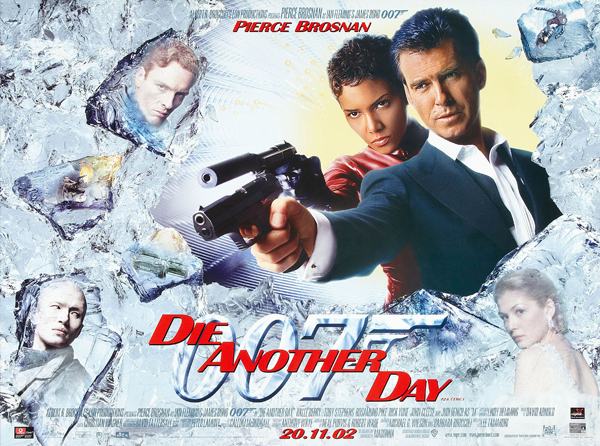 For the first time in the history of the series, the Die Another Day title sequence extends the plot and pretitles - featuring icy montages of 007's torture sequence. Bond and the villains appear in the sequence in live action along with CGI scorpions. 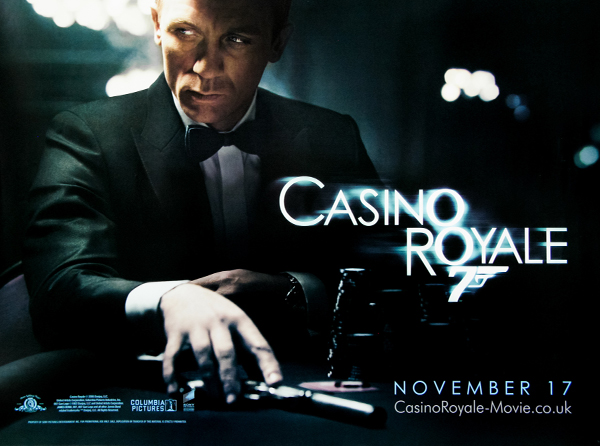 Bond does battle in vector, as his fights in the movie are replicated. For the first time in a long run of pictures, the title sequence does not contain the signature silhouetted models, instead Kleinman adopts the gambling theme to create a stunning sequence that includes Bond and Vesper. The credits also signify James Bond's promotion to "Agent 007" 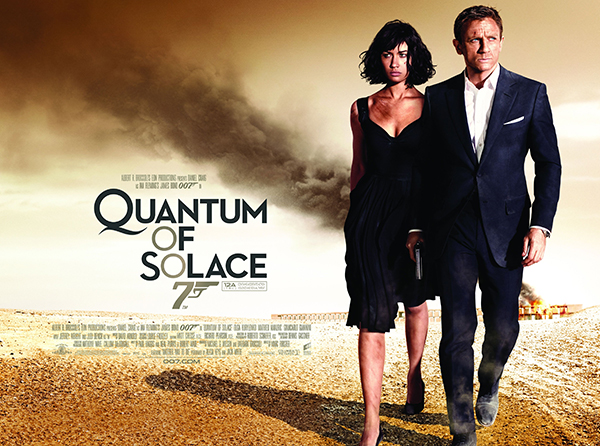 MK12 is brought onto the production by director Marc Forster and the designers take a leaf out of the explosive finale with themes of desert and dust. The Bond girls make a subtle comeback this picture but images of Daniel Craig as 007 are still prominent. 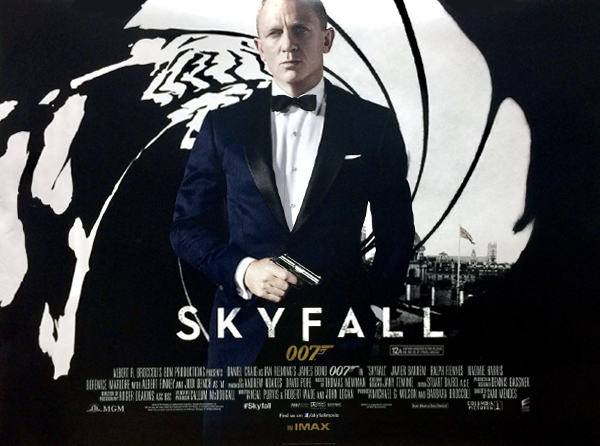 As in previous Craig-era titles, Bond himself is an important figure in the titles, his "death" in the pre-titles sequence drags him down below the turbulant waters. His face first young and then contemporary is visible in the windows of what we will later learn is the Bond family home, Skyfall, and he shoots fruitlessly at the shadows of the villain, Silva. 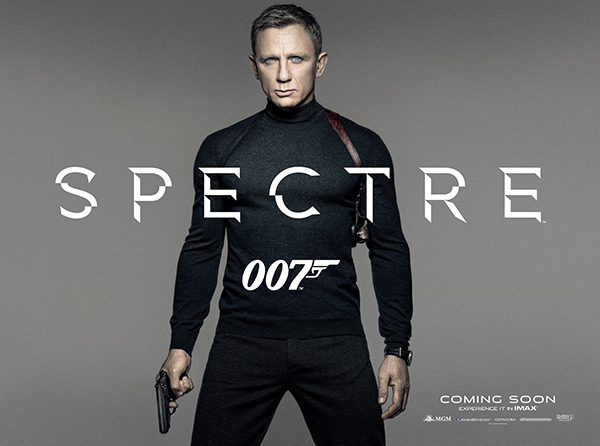 The Smith song eeks into the last few shots of the pre-titles sequence as Craig flies the helicopter into the sunset. As the shot rests on the octopus logo, the icon begins to glow and we are drawn into the titles. Arguably the most Binder-esque of the Craig era, the "SPECTRE" title sequence is fairly traditional but edges on the macabre as Kleinman is inspired by the tenticles of the octopus that represents the sinister organisation.

A World of Icons - The Art of Maurice Binder