James Bond has always worked for the same boss, from Ian Fleming's first novel 'Casino Royale' in 1953 through to the latest film 'No Time To Die' - 007 pledged allegiance and ultimately reported to Her Majesty Queen Elizabeth II. With the sad passing of Britain's longest reigning and greatest monarch, we reflect on her involvement with the franchise over almost 70 years.

Her earliest significant appearence on screen came in 'On Her Majesty's Secret Service', when Bond drinks a toast to her ("Sorry, ma'am") as he tenders his resignation to the secret service. 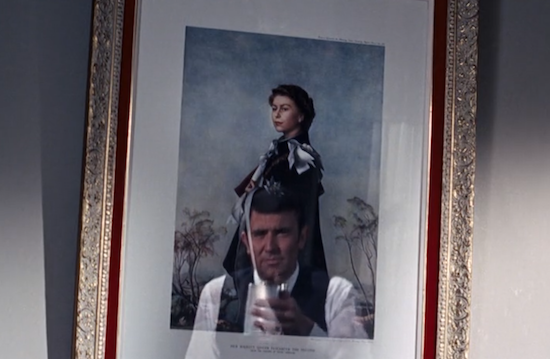 The Queen first met one of her six James Bond's back in 1967 at the world premiere of 'You Only Live Twice', where she reportedly asked Sean Connery if this was really going to be his last outing. He said it was, but of course, it wasn't. 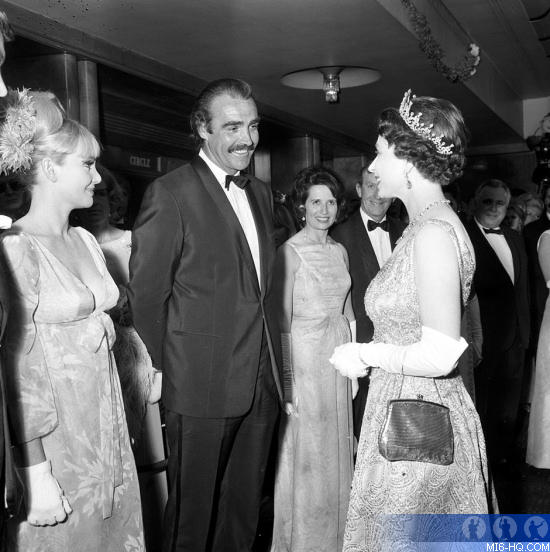 Fast forward to 2002 and the 40th anniversary of the film series brought Queen Elizabeth II to the world premiere of 'Die Another Day' at the Royal Albert Hall. It was a very festive occasion and, by all accounts at the time, she really enjoyed the film, asking people at events over the following days whether they had seen it yet. But perhaps the most reported aspect of the royal engagement was when Prince Philip, who was accompanying Her Majesty, heard that Madonna was singing the theme to film, he allegedly asked the queen of pop: "Are we going to need ear plugs?" 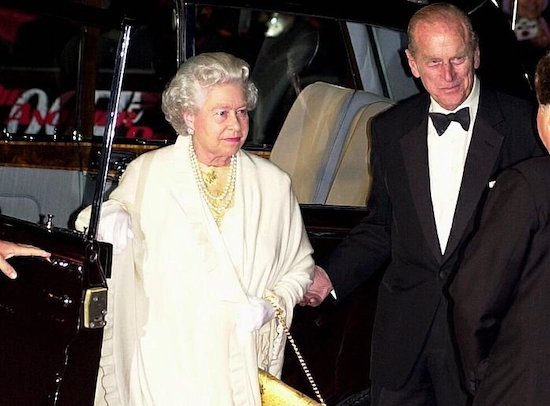 It was back-to-back Bond's for Her Majesty as she next attended the premiere of 'Casino Royale' in 2006. 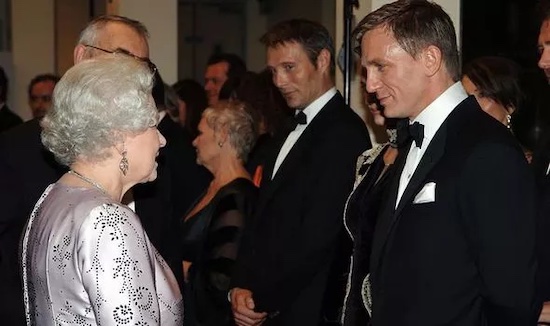 But it was a few years later in where her impact on the Bond series went to a new level. 2012 marked her Diamond Jubilee as well as the 50th anniversary of the films series. She appeared in a special short film with Daniel Craig (in character as James Bond) for the opening of the London Olympic Games. Pride in the country was at a high point and 'Skyfall' also lavished itself in Union Jacks and tradition.

It has long been rumoured that she was a big James Bond fan, reportedly showing the films to her grandchilden and later great-grandchildren at Christmas. Royal biographer Gyles Brandreth, who spent time with last year, said: "She really did love all the early James Bond films.” Apparently she still watches them, though she preferred the earlier movies, “before they got so loud,” said Brandreth.

Queen Elizabeth II also bestowed honours to her James Bond actors during her reign. Sean Connery and Roger Moore were honoured with Knighthoods in 2000 and 2003 respectively. Also in 2003, she made Pierce Brosnan an honorary Officer of the Order of the British Empire for his "outstanding contribution to the British film industry". Earlier in 2002, Daniel Craig was awarded the same honor as his big screen counterpart James Bond —the Companion in The Order of St Michael and St George (CMG) — for his contribution to film. Many, many other creatives in the James Bond film series were also honoured by Queen Elizabeth II during her 70 years on the throne.

But wider than those receiving honours by Her Majesty, many involved in the world of James Bond have had the pleasure to attend events with her, or even be introduced to her, through this fictional character. Some of you reading this will be amongst that number. Rest in peace your majesty.