James Bond producers admit risk in the future of the franchise

James Bond producers Barbara Broccoli and Michael G. Wilson have acknowledged that difficult decisions lay ahead after Daniel Craig departs the series following his fifth and final outing as 007 in 'No Time To Die'.

In a statement to the New York Times, as part of a bigger piece about what Amazon may do with MGM chiefs Michael De Luca and Pamela Abdy once the $8.45b merger goes through, Broccoli and Wilson said this of the near future:

“Mike and Pam understand that we are at a critical juncture and that the continuing success of the James Bond series is dependent on us getting the next iteration right and will give us the support we need to do this,”  Wilson and Broccoli said.

Where the conflict of strategy may arise is the types of films MGM will produce under Amazon's ownership. Whilst De Luca and Abdy had been focussed on getting top directors and giving the green-light to original stories, Amazon said after the deal was announced that their focus would be on turning the existing film and television library into a cash cow and they would "reimagine and redevelop that I.P. for the 21st century." 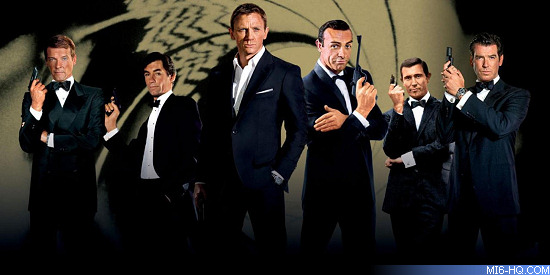 “Mike and I did not sit down and say let’s raid the library and remake everything,” Ms. Abdy said to the NYT. “Our focus is original ideas with original authorship and real filmmakers, but you know every once in a while something will come up that’s fun and we’ll pursue it if we think it makes sense.”

Prior to the deal, Amazon did show commitment to theatres by opening new films they produced or acquired in cinemas on the same day as releasing on Amazon Prime - giving viewers the choice. Fears in fandom that the Bond series may lose its cinematic luster and "go straight to streaming" were unfounded, and MGM has committed that 'No Time To Die' will stay on its traditional only-in-theatres release strategy.

Amazon Studios is currently headed up by Jennifer Salke, who is understood to have a good relationship with Broccoli.

"Amazon has assured us that Bond will continue to debut" in movie theaters, confirmed Broccoli and Wilson. "Our hope is that they will empower Mike and Pam to continue to run MGM unencumbered."

Broccoli and Wilson will be asked "who will play Bond next" during the publicity ramp up for 'No Time To Die's release. Often, Broccoli rebuffs this question with "Daniel is our James Bond" or "you don't ask a bride at the altar who her next husband will be" or similar deflections, but their statement to the NYT clearly indicates that thought is already being put into what a post-Craig era will look like and the risk involved in getting it wrong.