[International] $54m was added during this frame between Univeral and MGM's 72 markets outside the USA, dropping an average 39%-43% compared to the previous weekend. Germany is strong with $46.3m to date (22% drop) and holds #1 for the third week. In neighbouring France, it made $17.3 by the end of its second week. Other top markets include Japan ($16.3m), the Netherlands ($12.1m), and Hong Kong ($6m) where it is now the highest-grossing Bond film. The strongest holdovers were at IMAX screens in Europe, especially in Sweden which actually saw a 2% increase. The international IMAX total is now $19.3m ($31.6m including USA).

[USA] 007 kept hold of all 4,407 screens for the second weekend of release, but the takings fell 56% to $24.3m, and cemented fears that the younger American cinema-going audience was not coming out in the same numbers as Europe.  The film stands at $99.5m. According to Universal, the holdovers were stronger in Canada. The bad news is that 'Dune' is about to strip away a lot of the IMAX engagements from Bond this week, which has been a leading factor in the box-office revenue Stateside.

There are no new markets next week. Later in the month comes China on October 29th, and then Australia on November 11th.

Week 2 (Oct 8-10)
Outside of the USA, the film made $89.54 in its second weekend, bringing the global total to $313.3m. Of that figure, $22.5m came from IMAX screenings where ticket prices are substantially higher.

[UK] In Bond's home country, things are going great for 'No Time To Die' with a second-weekend box-office of £15.2m in the UK, for a total of £52.6m so far. That marks just a 27.6% drop off from opening week, which is a strong hold - not quite as good as 'Skyfall's 20%, but better than 'SPECTRE's 33%. A UK total of £100m is possible if the carry-overs continue to be strong. 'Skyfall' currently holds the British Bond record with £103.2m (not accounting for inflation).

[USA weekend wrap-up] 'No Time To Die' had a 3-day opening weekend box-office of $55,225,007 across 4,407 screens in the USA, falling short of the $60m projections as Sunday's audience dropped off 24% from Saturday, and well short of the $100m hyped by Fandango and some media outlets like CNBC. It puts the film in fourth place out of five for Daniel Craig's tenure as James Bond, only beating out 2006's 'Casino Royale' that had a $40.8m opening (but that total is worth $55.5m inflation-adjusted). Of the 57% of the audience that were 35 years or older, 1 in 3 said it was their first visit to a cinema in two years. Industry analysts project a 55% drop-off for its second week, as holdovers for 007 adventures at the US box office are much weaker than the UK and European countries. That would give 'No Time To Die' a $25m second weekend, and put it on course for a total of $160m in this pandemic era of the box office.

[USA Friday update] The film made $17m on Friday at the US box-office, on top of the $6.3m in Wednesday and Thursday 'previews.' That puts 'No Time To Die' on track for a $60m opening weekend, well behind recent Daniel Craig films, so much so it may not even beat 'Quantum of Solace' which landed a $67.5m opening. This despite being on a record 4,407 screens with little competition.  According to tracking, the film performed best in the coastal states and a whopping 40% of the Friday box-office came from IMAX and Premium format screens, thus inflating the box-office performance with higher ticket prices. Comscore/Screen Engine analysis found that 37% of 'No Time To Die's US audience was over 45, a great deal high than 'SPECTRE's 29% (some of that can be explained by that audience getting 6 years older between films). The Friday audience was 64% male, with 57% over 35 years old. 52% were Caucasian, 17% Latino and Hispanic, 13% Black, and 18% Asian/other. On exit surveys, the film registered an 81% positive score on PostTrak, with 62% saying it was a 'definite recommend'.

[USA Thursday Update] Early box-office metrics for 'No Time To Die' look solid, but not outstanding at the US box-office. The film has clocked up $6.3m in Thursday preview screenings, which is an all-time high for the James Bond series, topping the most recent film 'SPECTRE' that did $5.3m. But the totals shy in comparison to last week's debut of 'Venom: Let There Be Carnage' that raked in an astonishing $13.2m for Thursday previews. That film went on to make $90m last weekend. $1.1m of 'No Time To Die's record previews total came from Wednesday night special IMAX screenings, and with the Thursday night previews starting at 4pm rather than 7pm to get an extra showing per screen, the final total is not as impressive against 'SPECTRE' as it first appears. Industry projections have 'No Time To Die' making $55m-$70m depending on the less predictable 'walk up' business of older fans on Saturday and Sunday. There is a chance 'No Time To Die' could eclipse 'SPECTRE's opening weekend of $70m, but it will be a tough climb to top 'Skyfall's $88.4m back in 2012.

Week 1 (Oct 1-3)
It was no surprise that 'No Time To Die' would dominate the global box-office on its opening weekend (Friday 1st - Sunday 3rd October 2021) but few expected pre-pandemic records to fall. 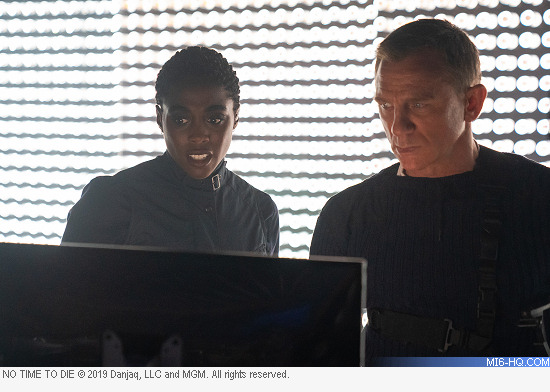 In James Bond's homeland, the UK saw 'No Time To Die' eclipse both previous opening day record holders with a three-day weekend total of £21m, edging out 'Skyfall's £20.18m and 'SPECTRE's £19.98m. That lands 'No Time To Die' as the second biggest opening of a film at the UK & Ireland box-office ever. The film also took in an additional £4.9m in Thursday previews. The UK used to report the number of tickets sold, but that data is harder to come by these days. With ticket price inflation, an increase in the number of screens available (a record 772 locations), and a large number of higher-priced premium format screens such as IMAX being booked out, it's unlikely that more people went to it than Skyfall, but given the economic climate and pandemic stresses, nobody in exhibition really cares about that. In just one weekend, Bond became the highest-grossing film at the UK box-office in 2021.

"In the UK, we had the best weekend of the last more than two years. We are very satisfied with the (Bond) results, it’s beyond expectations. This weekend we clearly saw all ages in the cinemas." said Mooky Greidinger, CEO of Cineworld. "Certainly this is not only a good post-Covid opening, this is a great overall opening. I think Bond is going to take us back to pre-Covid levels and we’re hoping to stay close to that through the end of the year," said Tim Richards, CEO of Vue International. 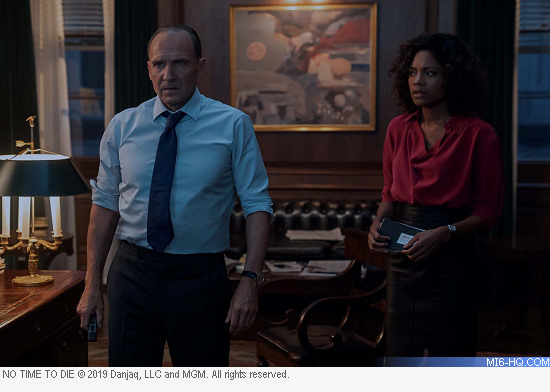 Elsewhere in Europe, Germany landed $14.7m from 1,300 screens. Japan earned $5.8M. Korea earned $4.6m but opened a day earlier than other countries. The Netherlands broke Universal records for a Friday and earned $3.7m over the weekend. Switzerland made $3.2m for the best opening of a film during the pandemic, and Italy made the same record but with $2.9m. Hong Kong also landed $2.9m for the best opening of a Bond film, and in Mexico, the film took $2.4m to pip the previous record held by 'Skyfall.'

Although the film was distributed by Universal outside of the USA, there are still some international markets where MGM still controlled the release. In Denmark, it opened with $5.3m for the weekend and broke Saturday records (beating 'Avengers: End Game' by 17%) and neighbouring Sweden and Finland took $4.1m and $2.8m respectively. Norway matched with $2.8m and Poland landed $2.2m The whole of the Middle East earned $6.3m across the region. 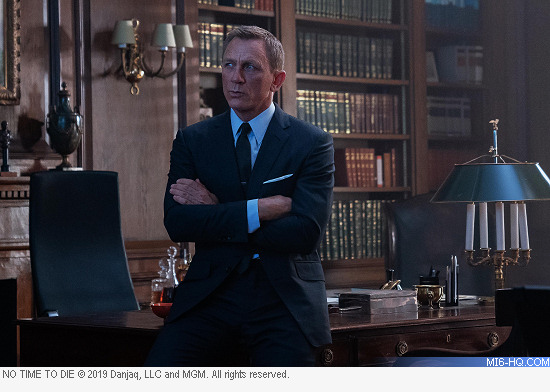 IMAX continues to be a big earner and across 284 screens worldwide, accounted for $6.8m of the opening weekend total. This amount is bound to be dwarfed next week when 510 more IMAX screens are added as the USA opens.

Week 2 will be a key indicator as to the eventual success of 'No Time To Die' as most films have suffered 50-60% drops after opening weekends as the pandemic cuts into casual audience numbers.

* Spectre opened on a Monday in the UK so the reported USD opening total is 7-days versus the normal Fri/Sat/Sun 3-day. The actual 3-day total was £19.98m.