The release date of No Time To Die has been predictably delayed, again

The 25th James Bond film 'No Time To Die' has been delayed once again. It was officially announced today that Daniel Craig's final outing as 007 will release globally on 8th October 2021.

It will mark the first time that a James Bond film has released 'day and date' in the history of the franchise. Usually, the release is staggered over a couple of weeks to enable the cast and crew to promote the film in various countries around the world. Due to the Coronavirus pandemic and the likelihood that travel will still be restricted by then, and with cinema to streaming windows being reduced, it looks like Bond may be heading the way of other major franchises and releasing around the world on the same day.

Who will be releasing the film still remains to be seen as MGM is actively up for sale. A new owner could also change the release strategy. 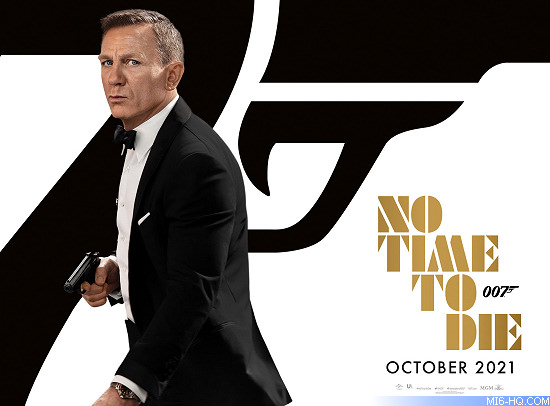 September 20th, 2018 - With Danny Boyle having left the production, Cary Fukunaga is confirmed as the new director with a new release date of February 14th, 2020. It is not confirmed if this is the US or UK date.

March 4th, 2020 - Coronavirus becomes a pandemic and MGM and first to move their film away from the reality of closed theatres by pushing the now-completed film to November 25th, 2020 (and two weeks earlier on November 12th for the UK).

June 13th, 2020 - After IMDB leak an 'expected' release date change to the film, EON confirms the US release date has changed again, but for the first time it is being brought forward to November 20th, 2020 (the UK stays on track for November 12th). The narrowing of the gap should help fans in the USA avoid the news and reviews coming out of Europe.

October 2nd, 2020 - With the second wave of COVID-19 ramping up in major theatrical markets, MGM announced that the film was pushing to April 2nd, 2021.

January 21st, 2020 -  Industry watchers and media alike were already reporting the film would be pushed to the last quarter of 2021 days ahead of this official confirmation that it would move to October 8th, 2021.