The new issue of Entertainment Weekly features Daniel Craig and Rami Malek on the cover and includes a special interview with the cast and crew of 'No Time To Die'. 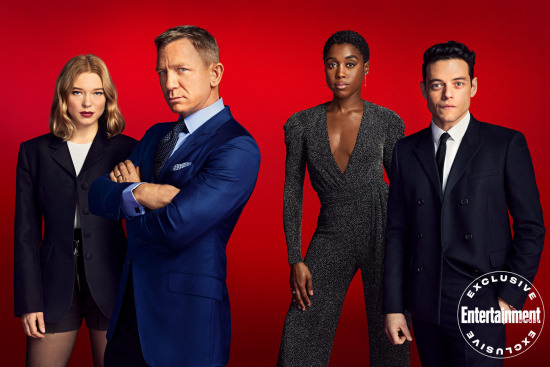 Cary Fukunaga on taking on a Bond film after Danny Boyle left: "It would be like jumping on the moving wheels of the train before the chassis were even there. And you’re building the engine as it’s barreling towards the point of no return."

Daniel Craig on the physical toll a Bond movie takes: "I had to question myself: Was I physically capable of doing [another one] or did I want to do another one? Because that phone call to your wife saying ‘I’ve broken my leg’ is not pleasant."

Barbara Broccoli on wooing Craig back: "He felt at the end of the last movie he’d kind of done it," she explains. "I said to him, ‘I don’t think you have, I think there’s still more of the story of your Bond to tell.’ Fortunately, he came around to agree with that." 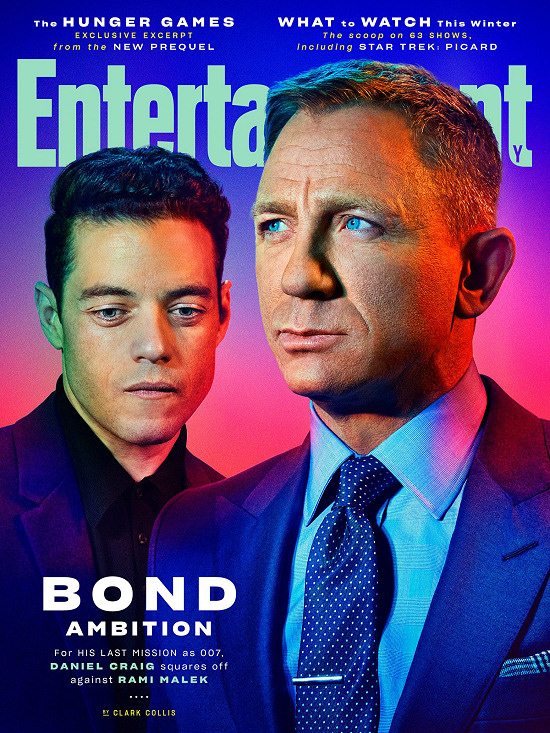 Rami Malek on working with writer Phoebe Waller-Bridge: "She had quite an impact on what I was doing. I’d have long phone conversations with her, giving her context as to what we were essentially looking for in the scenes, and she would turn things over incredibly quickly. We know her as a very witty and funny writer, but she’s got a knack for drama and tension as well."

Production Designer Mark Tildesley on the directorial change: "Cary is more of a scriptwriter than Danny and super interested in making sure every single word was crafted and correct. That took a lot longer than we imagined."

Craig on injuring himself yet again: "I was running down a floating dock, and it was wet, and I slipped, and I fell over, and my ankle exploded. Unfortunately, I’ve been in the same situation before and I know the feeling of a rupturing tendon. I was just like, ‘Oh, f—.’ "