Hurry Up And Wait

THIS ARTICLE CONTAINS NO PLOT SPOILERS

In the run-up to cameras eventually rolling on the 25th film 'No Time To Die', Daniel Craig told reporters that there were still some things he wanted to do with James Bond. With multiple nods to the 1980s period of 007 in the new film, one of the unexpected homages to that era of Bond adventures could now be a summer release.

When Roger Moore was launched as the new James Bond in 'Live And Let Die' just 18 months after Sean Connery bowed out in 'Diamonds Are Forever', the release schedule for 007 outings shifted to become a regular fixture at the summer box-office. All but one film from 'Live And Let Die' to 'Licence To Kill' opened in the summer. The one time they tried going back to winter, for 'The Man With The Golden Gun', chopped the box-office admissions in half. It is easy to see why United Artists kept to the summer months given such predictable success. Towards the end of that era as the 1980s came to a close, Bond started to face summer box-office competition from other blockbuster franchises and takings dwindled.

Since then, a new generation of Bond fans, or perhaps two generations of Bond fans, have only experienced the opposite. Ever since the long six-year hiatus from 1989, every film from 'GoldenEye' through to 'SPECTRE' (all the Pierce Brosnan and Daniel Craig films) have debuted in - what American trailers often call - the 'holiday season' in November and December. In the past couple of decades, this has been a less-congested part of the annual box-office calendar, compared to the summer which is now awash with big-budget action outings, comic book movies, and Hollywood franchises. Bond films over the past 25 years have enjoyed, for the most part, uncontested release windows in the winter (one notable exception being 'Titanic' in 1997). It is hard to imagine that MGM would want to stray from this strategy and risk going back to a summer release.

But here we are in 2020 and the playbook is in tatters. With the Coronavirus pandemic expanding in North America, and major states such as California going back into lock-down, the delayed released date of 'No Time To Die' to November 20th, 2020 is now looking very uncertain. Market analysts, who care more about stock performance than film fan wishes, are also projecting that it is unlikely cinemas will reopen for the rest of 2020. 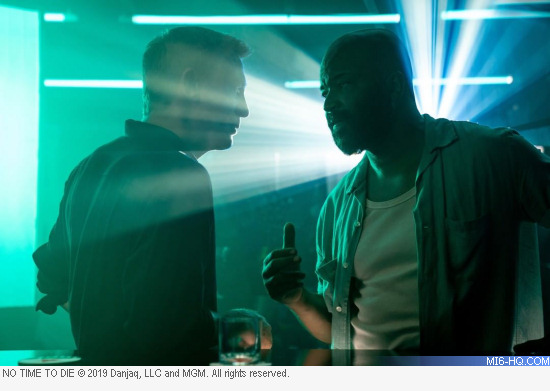 MI6 understands that a Summer 2021 release window for 'No Time To Die' is now under active consideration by MGM and Universal.

A 'go / no go' decision will be due soon as the start of a 90-day marketing ramp would be imminent. Having already lost $30m on marketing 'No Time To Die' for its ill-fated April 2020 release, MGM and Universal are unlikely to want to speculatively spend publicity funds only to have to push the movie during again an active campaign.

Whilst United Artists Releasing (co-owned by MGM) are handling the North America distribution for 'No Time To Die', Universal is handling the rest of the world - which should account for approximately 75% of the global box-office. 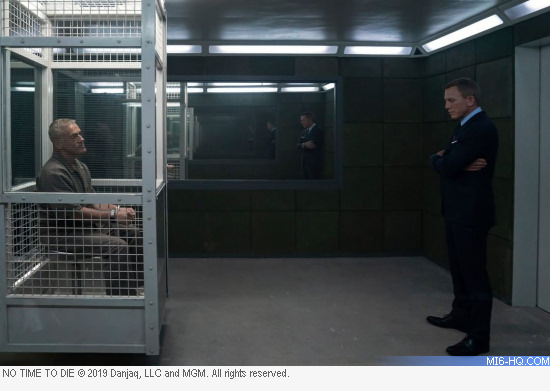 Universal currently has 'Fast & Furious 9' scheduled for April 2021 (after being delayed a year) and 'Jurassic World: Dominion' penciled in for June 2021 - a potential clash for Bond. However, the latest entry in the dinosaur franchise had to abort production in March after only a couple of weeks of filming. Principal photography has now resumed again at Pinewood under stringent safety guidelines. The hiatus in production has not yet lead to a formal release date delay, but such a push to late 2021 would then open up Universal's June 11th, 2021 window for 'No Time To Die'. The only competitive film currently scheduled for June 2021 is 'Venom: Let There Be Carnage' from Columbia Pictures & Marvel (coincidentally also starring Naomie Harris).

Although no timetable for an announcement has been signed-off, a further delay of to summer 2021 is to be expected soon. Brace yourself.

Note
To put to rest some often reported misconceptions and rumours, neither EON, MGM, or Universal are considering a premium VOD streaming option for 'No Time To Die'. It will open in cinemas even if it takes another year, or longer. B25 Ltd, the shell company operated by EON Productions for the purposes of making the film, has been paid back the £199m that it cost to produce. Unlike a lot of other studio pictures, there is no ticking clock on debts, and therefore, no rush to release a film in a less than optimal marketplace. The film is also locked and not open to tweaking, re-edits, or re-shoots. It is a finished product sitting on a shelf waiting for release. Any speculation to the contrary is false.