The craziest Bond 25 fan rumours that got press attention

You could write a book about the production of the 25th James Bond film 'No Time To Die' - and no doubt someone will - but as the road to release has been a twisty-turny journey, it is easy to forget some of the crazier stories that lit up the media for a brief spell.

Whilst the tabloid press are usually to blame for pulling fake Bond stories out of the air, here are the top bogus click-bait headlines that fan sites (that should know better) ran with. Where posts or pages have since been removed, archive links are provided.

Hiddleston, Tom Hiddleston (June 2016)
Graham Rye proclaims on June 17th that Daniel Craig is done with James Bond and replacing him will be Tom Hiddleston who has performed a screen test at Pinewood Studios. "Barbara Broccoli has offered Hiddleston the role; Hiddleston is thinking about it." All this despite Tom Hiddleston himself saying a week earlier that he had received no outreach from Bond producers.

The Book Bond also jumps on the Craig-is-out bandwagon two days later saying: "What I've heard is Eon and Barbara Broccoli are the ones who are done with Craig who wanted more control as a producer. So Craig has become a pain and Barbara is over him and ready to move on."

Daniel Craig not only came back, but he is also a co-producer on 'No Time To Die'. 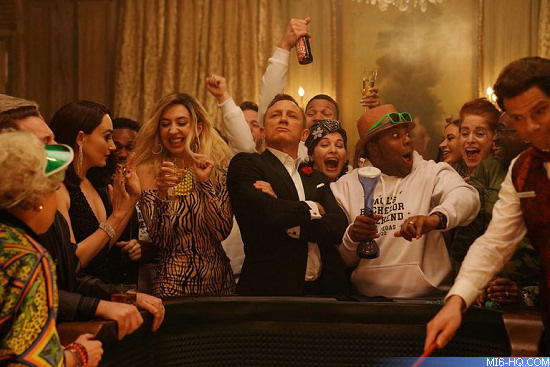 Above: Daniel Craig enjoying life after being replaced by Tom Hiddleston

In To The Universe (June 2017)
Blogger and editor of The Tracking Board site Jeff Sneider tweets that "the Broccolis have caught Universe Fever and would love to explore other corners of the Bond franchise... simultaneously." This triggers a lot of media speculation of Bond spin-off movies based on absolutely no evidence. A week later Sneider doubles down on the news, without providing any backup, but then commits the cardinal Bond sin of spewing the "code name theory" and that different actors are playing different Bonds.

Fast forward to 2020 and Barbara Broccoli shoots down a Miss Moneypenny spin-off after Naomie Harris floats the balloon.

No-lan (December 2017)
Archivo 007 claims Christopher Nolan will likely be the director of Bond 25 based on sources in both the US and UK.  However, Nolan was coming off 'Dunkirk' and was busy planning the film that became 'Tenet,' and had not been on the shortlist of EON Productions.

Nolan put the fake rumour to rest a couple of months later and confirmed he was never up for Bond 25. 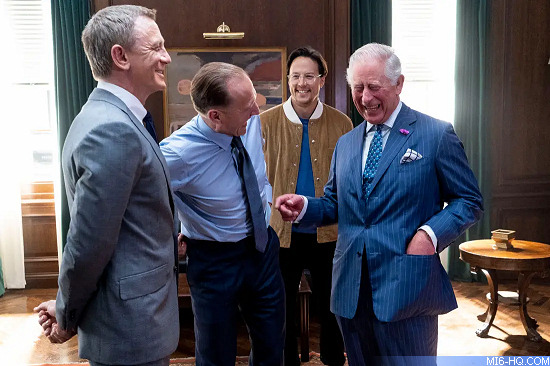 "You're going to be calling the film what?"

Genoma of a What? (August 2019)
Marcos Kontze of the James Bond Brasil website tweets "insider information" on Bond 25, and whilst some of the location-based information lines up, the title for Bond 25 supposedly under consideration is - the ludicrous - 'Genoma of a Woman.' The majority of fans laugh it off straight-away, but some tabloids pick it up and run with it. One prankster creates merchandise for the obviously false title, including a 'Genoma of a Woman' tote bag.

Truth is, Bond 25's working title up until the night before the April reveal event in Jamaica was 'A Reason To Die.' Studio and distribution partners pulled this back from being announced as they wanted something "stronger." The variation, 'No Time To Die', was the result.