The principal cast for 'No Time To Die' and director Cary Fukunaga traveled to Times Square in New York City to launch the first trailer for the film during Good Morning America just before 8:30am on the East coast. After over an hour of the usual banal breakfast television content (including a discussion about the health benefits of spices) attention finally turned to the main event when the trailer kicked-off on the giant LED screens. The broadcast switched to a clean feed after a few seconds.

After the trailer played, Daniel Craig was joined by co-stars Lea Seydoux, Rami Malek, Lashana Lynch and director Cary Fukunaga for the usual softball Q&A segment that rarely yields anything interesting. Malek and Craig were the most verbose.

Something to note about how MGM went about this launch: they chose the breakfast show on the ABC network, owned by rival studio Disney, and not the equally rated Today show on NBC, which is owned by Universal - who is the 'No Time To Die' international distributor. Moreover, MGM had to pay ABC for the segment; effectively making it an infomercial; a point that ABC had to disclose on a lower-third graphic. For whatever reason, MGM has used Good Morning America as their primary outlet for US television publicity in the Craig era. The show typically only reaches 3.7m total viewers. 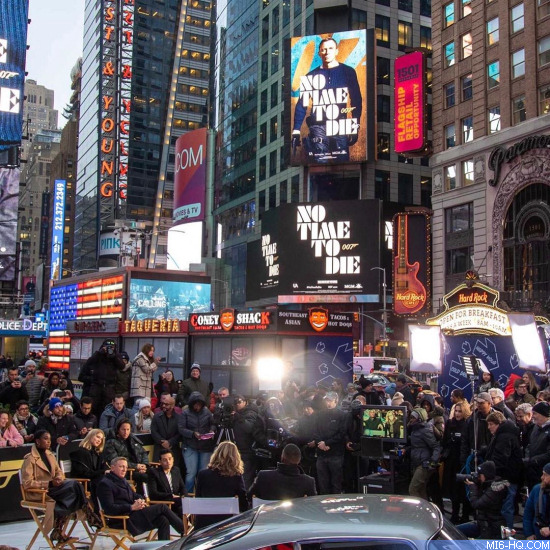 A few minutes after the trailer played on US television, the official YouTube channel made it available worldwide. For a brief time, 25 versions were available in a variety of languages. Most of those have since been removed. 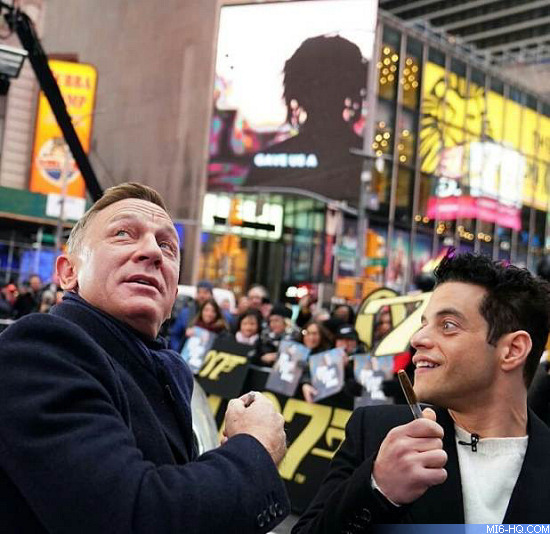