The hits keep on coming for beleaguered studio MGM, who own half the rights to the James Bond film franchise and have the 25th installment 'No Time To Die' all revved up with no place to go.

Last week, it emerged that MGM was taking offers from OTT services for the streaming rights to 'No Time To Die'. MI6 reported that this was initially $200-$250m for the North American streaming rights for one year (which would have really complicated matters with Universal having the rest of the world distribution rights). Talks were said to have started back in late September, before the film was announced as being delayed yet again to April 2021. Within 24 hours of the story getting traction online, trade outlets cribbed from a Drew McWeeny report (and disingenuously credited Bloomberg for the tip) that offers had expanded to exclusive worldwide rights for a year.

In step Danjaq - ran by Barbara Broccoli and Michael G. Wilson - who were reportedly unaware of MGM's discussions to sell the film to a streaming service. Through a piece in Deadline, Broccoli shot down the chances of the film getting sold. This appears to confirm that Danjaq has a veto on the distribution arrangements for the film, making an uncomfortable situation for MGM who are said to be paying $1m in interest per month on the money they borrowed to pay for 'No Time To Die''s budget of $250m.

The Hollywood Reporter put a bow on the rumours today by claiming MGM had upped the asking price to as much as $800m for worldwide rights but the only offer on the table for that criteria was Apple and they came up short with $350-$400m.

“MGM is suffering. Every major distributor at this point has a pile of unreleased expensive movies. The pile grows larger by the day,” said Hal Vogel,  CEO of Vogel Capital Research, to THR. “These films are inventory. They are sitting there with no return on their investment. Even with low-interest rates, the interest costs are piling up. So going the streaming route is not that crazy. You’ve spent the money. And you’re not getting it back anytime soon.”

Will it be back to Plan A for MGM's investors - sell the whole studio and with it, any asset the company has, including a finished James Bond film? 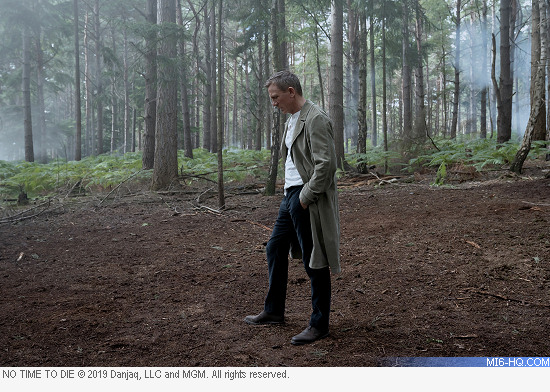 Meanwhile, as interest payments rack up debt, MGM's other ventures have not been knocking the skin off the ball, either. Their reality TV assets are under-performing with production shut down, and their $1b buyout of the EPIX cable channel has not produced expected results. Back in the summer, MGM decided not to renew 20th Century Fox's home video distribution contract for the James Bond series as Fox had been taken over by Disney. A new partner is yet to be announced, meaning that the 007 library is effectively off the shelves currently.

To add further misery this week, MGM had to delay their Oscar-bait Aretha Franklin biopic 'Respect' from January 15th, 2021 to August 13th, 2021. MGM also announced today that the Tomb Raider 2 (2021) sequel directed by Ben Wheatley has been "unset."

MGM is due to have their quarterly investor relations call in a little over two weeks after posting their Q3 results. Anything could happen between now and then.