The world of magazine publishing runs with long lead times, and having already pulled the plug on 'No Time To Die' coverage once before when the film was delayed from April 2020 to November 2020, some titles decided to plow on ahead anyway as the 25th James Bond film was - yet again - delayed until 2021.

Publicity embargos expired and the most recent issues of Harpers's Bazaar and GQ splashed interviews with 'No Time To Die' stars Lashana Lynch and Rami Malek respectively. Furthermore, the magazines dropped significant spoilers which may catch unsuspecting fans off-guard. Although the big spoiler from Harper's was actually revealed in the most recent non-English language trailers, the production has been at pains to keep it hidden in the rest of the film's marketing.

Harper's Bazaar made the odd choice of slapping a big spoiler on the front cover of their December issue. 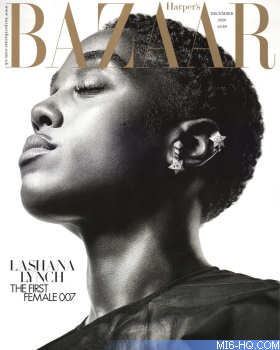 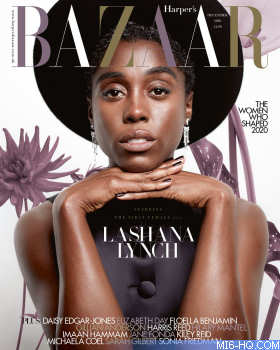 It has been known for quite a while that Lashana Lynch's MI6 agent character Nomi would be taking or James Bond's code number '007' after he had retired from active duty, but the film's publicity machine had tried to keep this under wraps.

"A character that is too slick, a cast-iron figure? That’s completely against what I stand for," says Lynch in the interview. "I didn’t want to waste an opportunity when it came to what Nomi might represent. I searched for at least one moment in the script where Black audience members would nod their heads, tutting at the reality but glad to see their real life represented. In every project I am part of, no matter the budget or genre, the Black experience that I’m presenting needs to be 100 per cent authentic."

Lynch faced backlash online when her casting was confirmed as an MI6 agent. "I am one Black woman – if it were another Black woman cast in the role, it would have been the same conversation, she would have got the same attacks, the same abuse," she says. "I just have to remind myself that the conversation is happening and that I’m a part of something that will be very, very revolutionary."

She sees her role as a step in the right direction. "I feel very grateful that I get to challenge those narratives. We’re moving away from toxic masculinity, and that’s happening because women are being open, demanding and vocal, and calling out misbehaviour as soon as we see it." 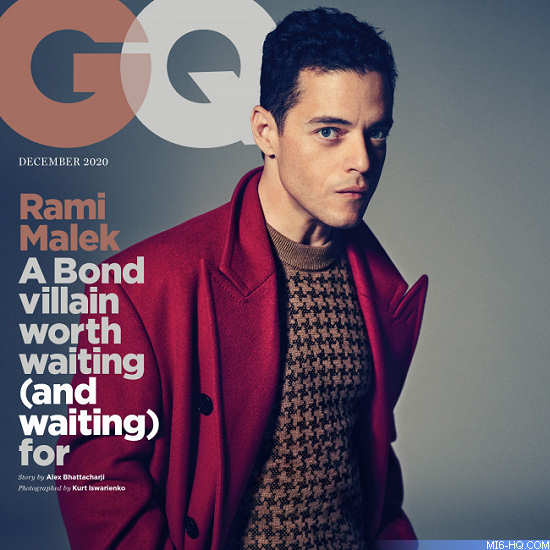 GQ's interview with Rami Malek took place in September, just one week before the latest delay was announced.

"Look, there was no way I was going to say no," he says of the opportunity to play a Bond villain. "It’s a 007 film, man. They’re a part of our cinematic history. An opportunity to go toe-to-toe, head-to-head with Daniel and give them all I got? That’s something I’ll look back on as as big as it gets."

“I go up against people. I’m up against him,” said Daniel Craig when GQ spoke to him about Malek. "Rami knows me. He understands the weight of what he’s playing. He understands he’s playing a Bond villain – what that means, what it means historically and the kind of Bond villains that have come before. Rami’s really good at his job. I mean, that’s an understatement."

“First of all, Rami belongs in that company and in the same breath as any of the truly great actors. The awards tell you that but so does his work,” said director Cary Fukunaga. "Once we got into Christoph Waltz/Blofeld territory, you can’t go small again. We had to think bigger. It’s tricky because you don’t want to make a cliché super villain, but you have to make someone that’s threatening not only to Bond and the people he loves but to the world at large."

"We really did sit down," Malek says, "and think about what would truly frighten us, what would send a real panic into our hearts. It’s that sense of dread that sets it apart. Let the rumours fly, because no matter what you expect from this movie, you will be shocked when you watch the film. I will not add any fuel to that fire."