'No Time To Die' is now free to stream for subscribers of Amazon Prime in the USA. Click here to watch online.

To promote the release, Amazon splashed out on some television advertising this weekend during NFL games.

'No Time To Die' has had more posters than any other James Bond film before, but Amazon created a new composite banner for this streaming release. 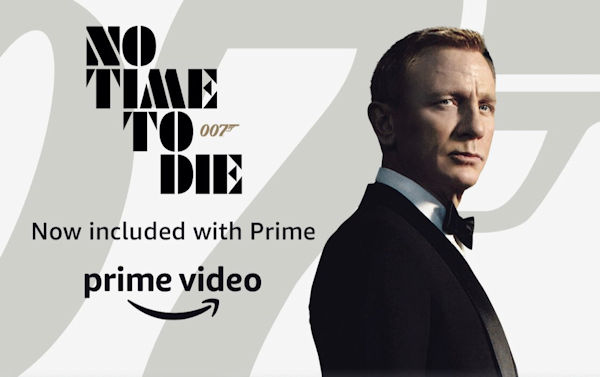 Amazon Prime in the USA also released almost all of the James Bond series free to watch for subscribers. The one odd exception is 'SPECTRE', which is a $3.99 rental.