Another day another new poster, this time for the UK release

A new poster for 'No Time To Die' was released today for the UK. Key art shows James Bond and Madeleine Swann in the bullet-ridden Aston Martin DB5 for the pre-title sequence.  Three versions were released for the UK today, with the first being the 'key art' with no credits: 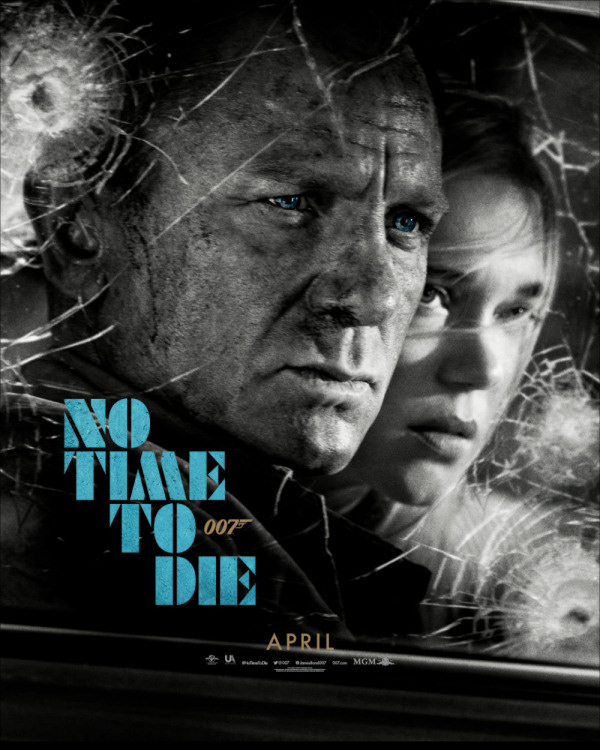 Next up is the traditional aspect ratio of a British 'Double Crown' poster (20" x 30") and this is the one you will most likely see in cinemas. 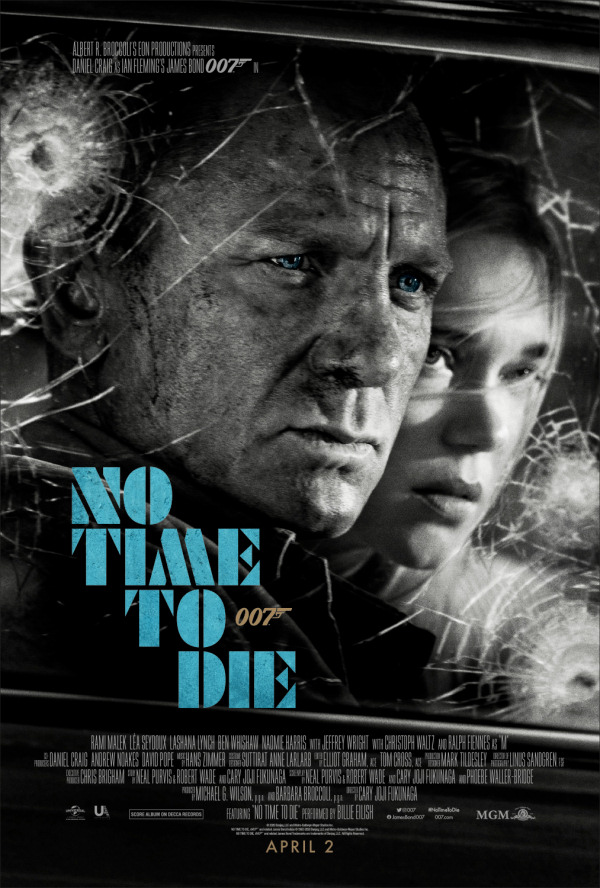 Lastly, there is a taller, skinnier version of the poster (1:1.78 aspect ratio): 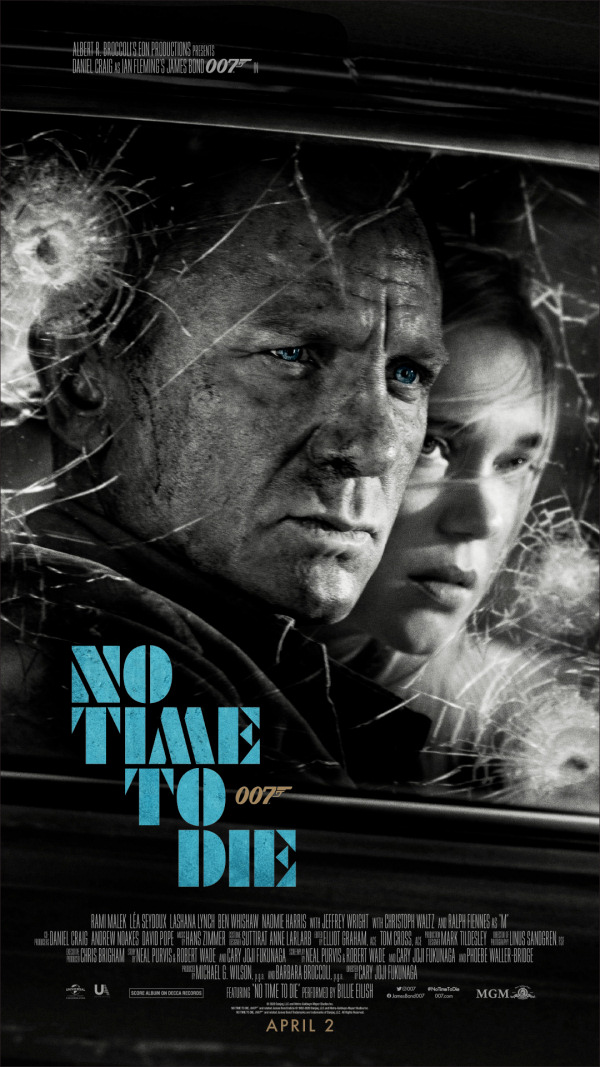 Some notes from the credits: