Screenwriters Neal Purvis and Robert Wade participated in a Q&A with film critic and presenter, Rhianna Dhillon, at London’s Regent Street Cinema. The historic venue has close ties with the University of Westminster from where Purvis graduated in 1985 when it was formerly known as the Polytechnic of Central London. 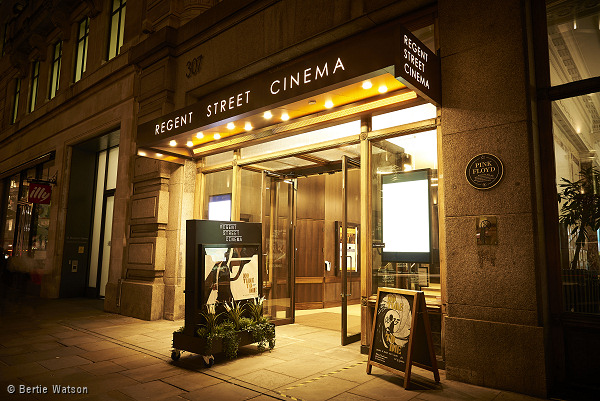 The duo behind seven consecutive Bond movies treated the audience to a no-spoilers insight before a screening of 'No Time To Die'. The event, which took place on 14th October 2021, began with an impressive four-minute montage pinpointing the story arc of the Daniel Craig saga. Purvis opened the discussion by championing the film’s theatrical release, “To see it in cinemas with packed audiences is absolutely fantastic. It’s been a long haul this one.”

They began work on Bond 25 in 2017. Remembered Wade, “It started with us and Barbara going to GCHQ (Government Communications Headquarters) for lunch. Trump had just got into power and it was shortly after the London Bridge attacks. That was the environment we were initially writing into. In building up the treatment we then worked with Daniel Craig in New York for several weeks.”

Purvis outlined their approach when they tackle each new Bond movie, “There are two questions. One – what’s the emotional journey we can take Bond on? And the other, is what threat can we see people fearing in two years time? It helps keep Bond relevant. And [No Time To Die] is not a million miles away from the world we are in.”

Beginning with 'The World Is Not Enough' the scribes have now been writing 007 movies for 23 years, “We have been worrying about Bond for longer than Ian Fleming did,” laughed Wade. For each new script they have always turned back to the pages of Fleming. Bond fans will of course have noted the inspiration ‘No Time To Die’ takes from 'You Only Live Twice' but Fleming’s final novel, 'The Man With The Golden Gun' was also a touch stone, the Jamaican location in particular, “It’s James Bond’s and Ian Fleming’s spiritual home,” said Purvis.

This time the director Cary Joji Fukunaga also played a hand in script duties along with Phoebe Waller Bridge – the first female to receive a writing credit on a Bond since Johanna Harwood on ‘From Russia With Love’ in 1963. Asked about their own specific contribution Wade said, “There is this term ‘heavy lifting’ and that has really been our job.” 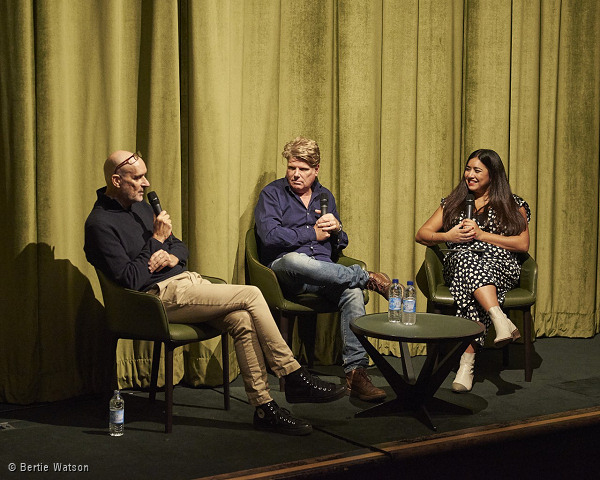 Dhillon questioned the duo on how the ‘Bond girl’ had evolved in the years since they wrote their first 007 adventure in the late 1990s. Purvis responded, “We’ve always tried to write strong women. Ian Fleming liked strong women. Barbara Broccoli would not allow you to do anything that wasn’t in that sort of vein. They’ve got to be a challenge for him whether it is as a villain or an accomplice.” Wade continued, “If you go back to Fleming, they are women in a man’s world that’s been completely screwed up by men and war but they are survivors and they are wily.” Wade highlighted their work on ‘The World Is Not Enough’ as a case in point, “I’m very proud of that film. In it, the villain is a woman played by Sophie Marceau. The story is really about her grudge with M. It’s about the battle between these two women and Bond is the guy who is caught up in the middle. I thought she was a really interesting, damaged character, scary but you could feel for her.”

The pair clearly relished the challenge at adapting Fleming’s debut novel, 'Casino Royale'. Said Purvis, “That gave us such a great starting point for the whole Daniel Craig tenure.” Wade continued, “By having a starting point with ‘Casino’ we were able to have an over-arching story which none of the other actors who have played Bond had.” Purvis made an interesting observation, “If George Lazenby had stayed [after 'On Her Majesty's Secret Service' ] you could have had the same arc for George. But that didn’t happen.”

The evolving storyline of Craig’s tenure has allowed them to explore Bond’s character like never before. Purvis remarked, “The end of ‘Casino’, made Bond what he became. He couldn’t have a relationship and his job is to protect people who do have relationships. What he couldn’t control was the emotional side of his life and now he is placed in a position in [No Time To Die] where he wants to have a relationship, but doesn’t know if he can trust Madeleine and if it will be a repeat of what happened with Vesper.” 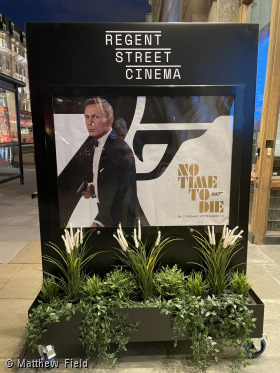 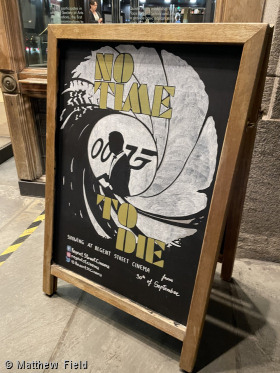 Over the course of Craig’s five films, other writers have been brought in to contribute to the screenplays. Wade reflected, “I think the people who have come in after us have done really good jobs. Paul Haggis did a good job on 'Casino Royale' and John Logan on 'Skyfall' and Phoebe did a great job in bringing her own voice to this movie.”

The fact Purvis and Wade have remained Eon’s go-to writers for over two decades is a testament to their skill at working with different filmmakers and their comprehensive understanding of the James Bond character. “One of the reasons we managed to get away with it is that there are two of us,” said Wade. “It is very gruelling and hard. Bond films from the outside look easy because everybody knows what a Bond movie is. But actually, when you try to do it, it is really, really hard. Partly because you have to make it feel familiar but you also have to reinvent it. Being a team of two gives you resilience and stamina.”

Special thanks to Sarah Virani from the Regent Street Cinema.