Whilst it has not yet been confirmed, it seems that the Norwich will most likely be the shoe worn by Bond in the boat scene on the Thames with Tanner, as well as a street scene in London, and also in the Mexico opening sequence. 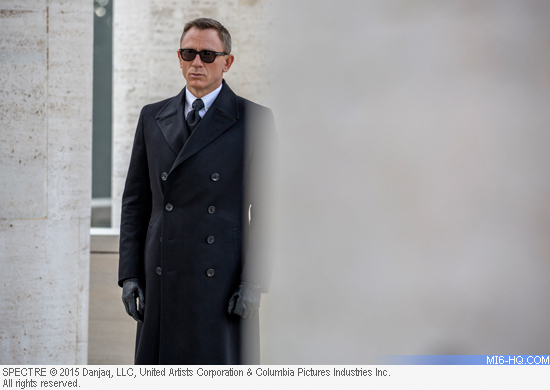 Above: Daniel Craig on location in Rome for 'SPECTRE'.

Crockett & Jones have been established in Northampton, the heart of British shoemaking, for over 135 years and represent the very best of British craftsmanship, so it seems only fitting that their shoes should be worn by James Bond.

All styles of shoe are available from the Crockett & Jones retail shops, which are located in London, Birmingham, New York, Paris, and Brussels. However, for those unable to visit the Crockett & Jones shops in person, the company offers a comprehensive mail order service. Perfect for the jet-setting secret agent.

Spies + Spoofs Ben Williams inspects the sartorial style of 'The Kingsman' and introduces Mr. Porter's collection that ties into the new spy adventure