Can a change in leadership rescue James Bond's favourite carmaker?

Aston Martin today announced a shake-up of their leadership as James Bond’s favourite luxury carmaker is struggling financially in a pool of debt and flagging sales figures. Out from the CEO job is Andy Palmer, who headed the company from October 2014 and into the top spot is Tobias Moer, who brings experience from Daimler and Mercedes. In an unfortunate bit of PR, the Financial Times got wind of the change this weekend before Palmer himself was notified: "When contacted by the Financial Times on Sunday, Mr. Palmer said he had not been informed of the coming announcement and declined to comment further." The news was broken officially today, as the FT had predicted.

When the company went public in October 2018, it valued itself at £19 per share. The market balked at that and the value of Aston Martin dropped as much as 7.5% in the first 24 hours of its IPO. If that seems bad, consider that the share price dropped to just £0.35 in the week learning up to today’s announcement. In summary, the value of Aston Martin as a business has dropped from £4.1b to just over £500m in the space of 18 months.

What went wrong for such a famous brand?

1 - Confused over their reliance on James Bond
Doubts at Aston Martin about the benefits of their association with James Bond were first floated in 2014 when the company claimed 007 did not really help sales - just as SPECTRE was starting shooting with an Aston Martin once again. Who needs enemies? In November 2016, the company’s director of global marketing Dan Balmer said that the company should not rely on its ties to 007 to sell cars. Balmer said: “Bond still presents a big opportunity and platform Aston Martin wants to use going forward, but we have relied too much on 007 in the past. Spectre was great for showing off the DB11 but what I realised during that campaign is you live and die by the cycle of the film. Once people stop talking about Spectre, things become very quiet and that is bad. We have to avoid that.” The problem with that statement is the DB11 was not in the film. So if Bond fans were no longer the focus for the company, who was Balmer now targeting? “A wealthy American woman in her 30s” claimed the new pitch.

2 - Not making the car people wanted to buy
It has been said that Sam Mendes ‘designed the car’ for SPECTRE. In reality, the DB10 had been sketched as a concept at Aston Martin and the director picked that as the design to run with for the film. But then Aston Martin did not produce any DB10s for sale as production cars, only the 10 units for use in filming. As previously mentioned, their marketing chief even confused this by claiming SPECTRE showed off the DB11. In step their brand rival Ferrari, who in 2019, released what consumers wanted - the Ferrari Roma Grand Tourer. The motoring press were quick to point out that the Italians had just produced a DB10 lookalike car from SPECTRE right under their nose. And why not? Aston Martin was not going to make the car Bond fans wanted to buy.

Aston Martin did not make production cars of the DB10. But then Ferrari made a lookalike.

3 - Still not making the car people wanted to buy
Another flubbed opportunity was when Aston Martin was keen to mark the 50th anniversary of 'On Her Majesty's Secret Service' in 2019. So much for distancing from their James Bond connections. The company released 50 units of their 'On Her Majesty's Secret Service' 50th anniversary repainted DBS Superleggera special edition cars, just months after their head of global marketing said the company was too dependent on 007 links, here was Aston Martin repainting one of the cars few people were asking for in homage to a model they no longer sell directly at affluent Bond fans for the tidy sum of £300,007. 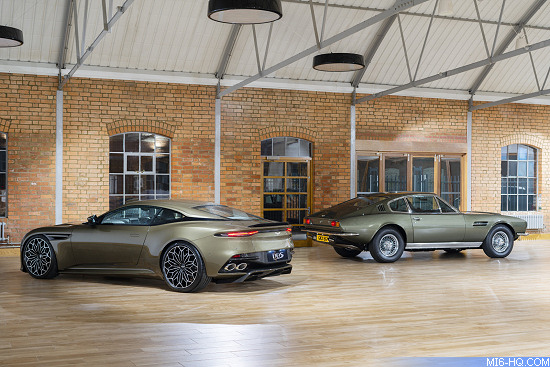 Left: The DBS Superleggera painted in the OHMSS colours. Right: The DBS that Bond fans want to buy.

4 - Not making the car people wanted to buy & drive
When the famous DB5 was to be brought back for an extended stunt sequence in 'No Time To Die', it was inevitable that the production budget would not stretch to using ten real DB5s, not to mention the damage and modifications that would be needed. Daniel Craig revealed how Aston Martin supplied the cars during Prince Charles’ visit to Pinewood: the guts were made from BMW parts with a lookalike carbon-fiber bodyshell. It was a DB5 in name only. Aston Martin, who skirted over this detail in most of the press coverage of the DB5 ‘continuation’, elected to release the vehicle as a limited edition car that was not road legal. And they’ll only make 25 of them, for £2.75m a piece. If you can afford to buy one, you still can’t drive it. 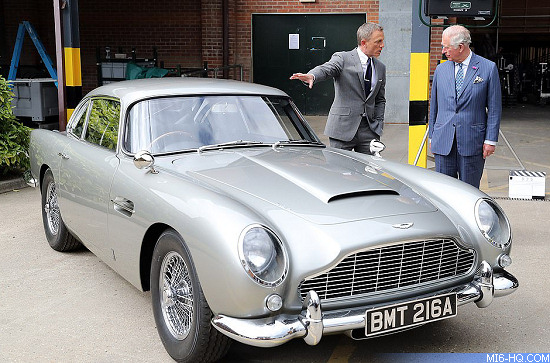 No, your Royal Highness, it's actually MADE FROM BMW PARTS with a lookalike bodyshell. Oops! Was I not supposed to say that?

5 - Less is more
'No Time To Die' features 4 different Aston Martin cars - quite the opposite to their ‘Bond free’ marketing strategy announced in 2018. Bond’s classic DB5 is back along with the V8 Vantage from 'The Living Daylights'. The newer models include the DBS Superleggera (not in OHMSS inspired paint) and the new Valhalla hypercar. The latter was a last-minute replacement (see below) and, by some accounts, largely cut from the film.  In marketing circles, this is called brand dilution. 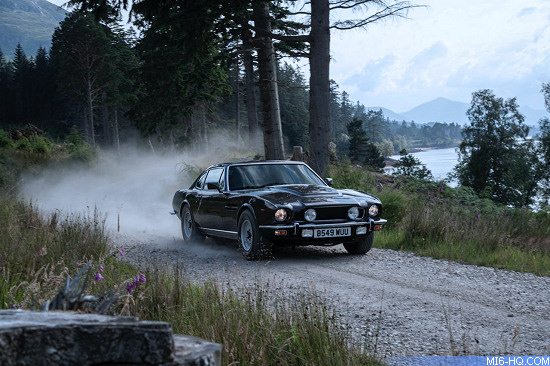 Bond's classic V8 Vantage is back in No Time To Die. No, you can't buy one.

5 - Electric boogaloo
Well before 'No Time To Die' started shooting, press rumours claimed that James Bond would be driving an electric Aston Martin to go ‘eco friendly.’ This was true, although it did not come to fruition. Sometime before filming commenced on 'No Time To Die', Aston Martin blinked and pulled the plug on their Rapide E electric experiment. They were to have produced 155 of the electric car. The Rapide E project was publicly shelved in January 2020. How much R&D investment went up in smoke?

Perhaps under new leadership and a renewed focus on meeting consumer demands (as Elliot Carver retorted “give the people what they want”) Aston Martin may have a path back to profitability, but it will not be achieved by thumbing their nose at the one cultural icon who has kept the flagging marque in the public eye for over 50 years.

Aston Martin’s fortunes were discussed on an episode of the James Bond & Friends podcast back in February, where we correctly predicted the demise of the CEO. Segment starts at 29 minutes: