The moment when The Living Daylights dodged a bullet

The production team narrowly dodged a bullet when filming 'The Living Daylights' with an ill-judged 'cameo' by Prince Charles and Princess Diana that had to be aborted at short notice.

You would be forgiven for thinking this under-reported moment in James Bond history was connected to the set visit by the Royal couple, but it preceded the now-famous photo op by a couple of months.

It was originally planned to have a cameo by Prince Charles and Princess Diana during the Vienna scenes, presumably at the opera in the Royal box.  The production secured a couple of lookalikes for the joke, much like when director John Glen had hired impersonator Janet Brown to play Margaret Thatcher at the end of 'For Your Eyes Only'.

Fortunately for the production, they discovered just in time that Prince Charles impersonator Peter Hugo, who earned hundreds of pounds a week as a royal lookalike, had recently completed an 18-month jail sentence for indecently assaulting a 14-year old boy. Hugo was a week away from flying to Vienna in early October. 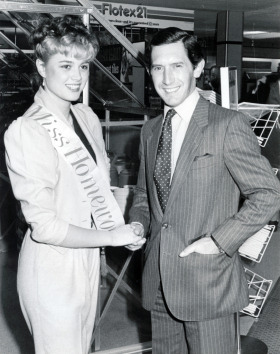 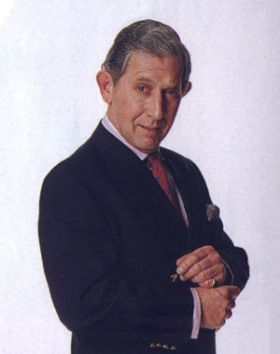 An emergency meeting was scrambled by the principal crew members and producer Cubby Broccoli announced that the scene was being cut from the shooting schedule. With the 'Prince Charles' role dropped, Isabella Connell's role as 'Princess Diana' became collateral damage as she was out of a job, too.

Glen confirmed to MI6 recently that the production team had discovered Hugo's conviction late in the game, but not as last-minute as to disrupt the production.

Two months later, the real Royal couple were invited to Pinewood Studios to witness the filming of the Q-Branch scenes on December 11th, 1986 (pictured below). 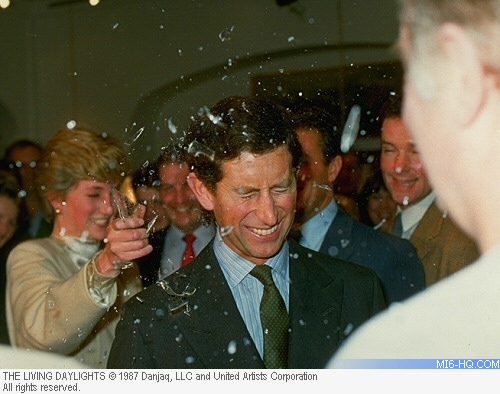 Peter Hugo's sole credit remains 'National Lampoon's European Vacation' in 1985, which was filmed before his conviction. 25 years on, he is still working as a Prince Charles impersonator for Susan Scott's lookalike agency, presumably booked alongside a Camilla impersonator by clients unaware of his criminal past.