How did the critics receive 'Tomorrow Never Dies' when it was first released 20 years ago?

The Good
"Tomorrow Never Dies gets the job done, sometimes excitingly, often with style. The villain, slightly more contemporary and plausible than usual, brings some subtler-than-usual satire into the film, and I liked the chemistry between Bond and Wai Lin (all the more convincing because the plot doesn't force it). The look of the film is authoritative; the scenes involving warships and airplanes seem sleek and plausible. There's gorgeous photography as a junk sails in a sea filled with peaks, and astonishing action choreography in the rooftop motorcycle chase. On the basis of this installment, the longest-running movies series seems fit for the 21st century." - Roger Ebert, Chicago Sun-Times 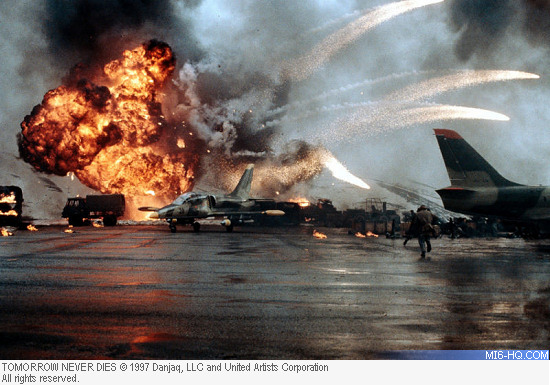 "Sean who? It's official: Pierce Brosnan is James Bond. Yeah, we know the dapper Irish actor made his 007 debut in the convoluted and plodding GoldenEye - the most successful Bond movie ever. But Brosnan - though an extremely convincing British super spy - was still trying on the part for size. In the wildly exciting Tomorrow Never Dies, the Armani tux, Walther PPK and shaken, not stirred, martini fit Brosnan as well as they did Sean Connery and better than they ever suited the comical Roger Moore and the grim Timothy Dalton. The 18th installment of the legendary James Bond series clicks on all cylinders." - Kevin D. Thompson, The Palm Beach Post

"Bond is back, proof that the dinosaur is not extinct. Big, brash, bursting with energy, reeking of formaldehyde. Roger Spottiswoode's Tomorrow Never Dies will delight the fans of the Bond saga. That it runs out of steam and dirty jokes about a third of the way through, resorting to uninspired, formulaic stunts, is neither here nor there. The Bond audience does not necessarily want imagination, ingenuity, or invention, just more of the same - and that is what Spottiswoode provides" - William Russell, The Herald 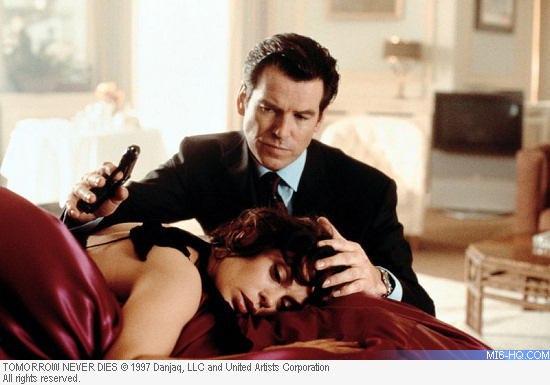 "East meets West, yin meets yang and chop-socky meets kiss-kiss bang-bang in Tomorrow Never Dies, a zippy 007 romp that draws as heavily from the Asian action genre as from the formula that has served the series so well for 35 years. GoldenEye and Pierce Brosnan's debonair Bond resuscitated the creaky franchise in 1995, but as M (formidable Judi Dench) pointed out, James remained "a sexist, misogynist dinosaur.'' But Tomorrow, jazzier, wittier and more costly than its predecessor, also comes closer to catching up with '90s style and politics." - Rita Kempley, The Washington Post

"Tomorrow Never Dies has non-stop action, a dash of glamour, and some witty dialogue, adroitly performed by a very good cast bent on wringing out every nuance of every double entendre. The Bond formula is now so fixed that watching the films has become somewhat ritualistic. Unfortunately, in this case, this ritual evokes memories of a higher order of pleasure than the film is able to provide. However, the pleasures on offer in Tomorrow, if instantly forgettable, are also considerable. The film is better than the general run of action / spectacle movies, an indication of how little we come to expect from the genre. But it is far from premium Bond" - Jose Arroyo, Sight and Sound 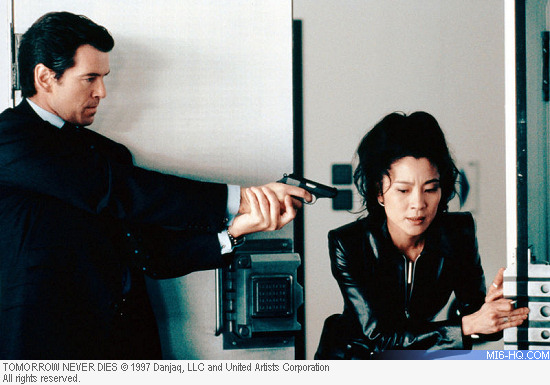 The Bad
"Although this is only Brosnan's second outing as Bond, there's a jaded air to the proceedings. GoldenEye appeared to reinvent the series but this takes several steps backward. The opening, with Bond sabotaging an illegal arms deal, is insipid, Pryce's villain, despite a few droll quips, isn't nasty enough while Hatcher looks churlish rather than gorgeous.

There are funny lines, though the double entendres are practically single entendres. The best come from lively Moneypenny (Samantha Bond). Why she and Bond don't get it together is a mystery. Naturally, there are plenty of exotic locations, including the Pyrenees, Thailand, Mexico - and Brent Cross Shopping Centre car park!

Action scenes abound, but are confusing. Lacking invention, they can't compare to GoldenEye's opening or its tank chase. Brosnan's 007 is more unpleasantly violent than any of his predecessors. When did 007 start stomping on peoples' heads? Realism suffers, too. Why would a British agent risk a global war simply to rescue a Chinese agent? Why have a five-minute countdown for a missile we're told can be launched immediately?" - Rosie Rosie, Daily Mail 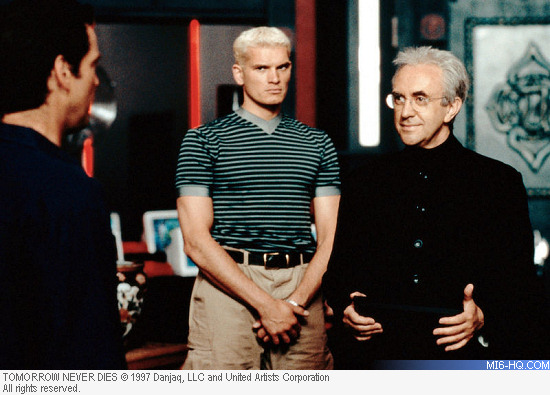 "This is Brosnan's second outing as Bond and he still looks a little timorous in the role, sporting the nervous good looks of a man who fully expects to be called back at any moment and told to model sweaters for the rest of the day. His gun control is okay, if a little limp-wristed - but if Brosnan is serious about Bond, he really is going to have to put more into his sex scenes. Here, in the middle of one of his more joyless clinches with Carver's girlfriend, Teri Hatcher, Brosnan nibbles her shoulder with all the enthusiasm of a man faced with last year's turkey." - Tom Shone, The Sunday Times 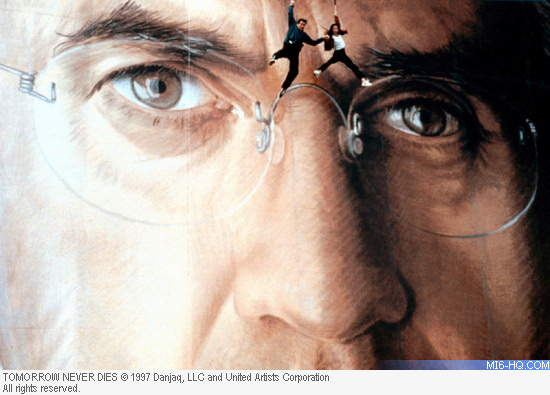 "Tomorrow Never Dies" hit paydirt, outgrossing its predecessor even though it was only medium-to-good in the qualitative stakes... Fine to be carrying on with, great in parts, but for the [official] 19th, a return to unsubtle cliché, glaring obviousness and a grand tradition, please" - Ian Nathan, Empire 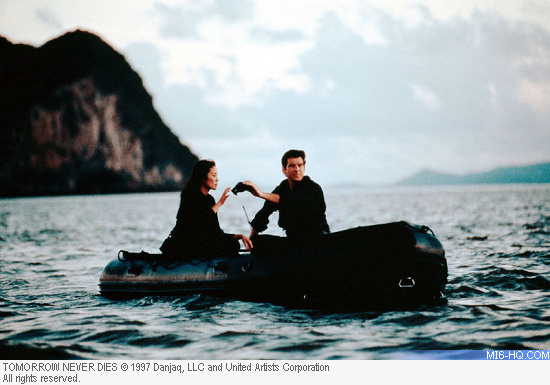 "Tomorrow Never Dies [is] a film that somehow manages to take all the twinkle from Pierce Brosnan's successful impersonation in GoldenEye and throw it away" - Geoff Brown, The Times

"To have so many writers come on to this and then still throw the stuff out is just a joke."- Pierce Brosnan 1997