Goldfinger's plot to irradiate the US gold reserve seemed ingenious, but would it really have worked?

As with many of the original Ian Fleming novels, James Bond stumbles across the villain's master plan after investigating something much smaller. In the case of the movie, 007 is assigned to look into how Goldfinger is managing to smuggle gold and why he is building such a stockpile. Cunningly replacing the body work of his 1937 Rolls Royce Silver Phantom 3, Goldfinger managed to smuggle batches of gold from the UK to Switzerland a couple of times a year. It is assumed he had many other ways of secretly transporting the precious metal. 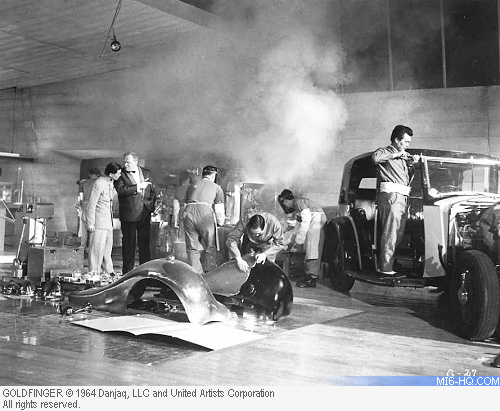 A few bodypanels or bars of Nazi gold may have kept Goldfinger occupied through his usual daily routine, but he had his sights on something much bigger - Fort Knox!

The Scheme: Rather than stealing gold from Fort Knox, and facing the logistical nightmare of transporting the bulky and heavy metal, Auric Goldfinger planned to detonate an atomic bomb inside the US gold repository. The "dirty bomb" would irradiate the US gold reserve, thereby increasing the value of gold and his own stockpile.

GOLDFINGER: "Who mentioned anything about removing it?" 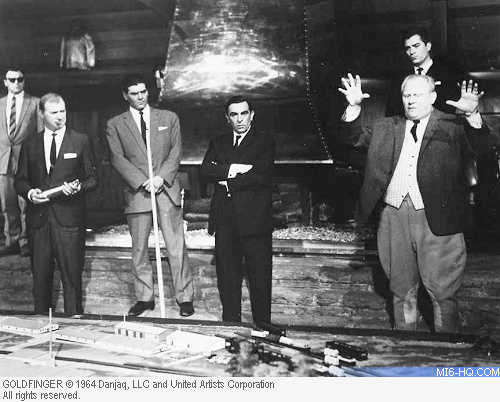 The Science: The damage created by an atomic bomb is a combination of the initial blast and the resulting radiation. Unlike most villains who have had their hands on "small nuclear devices", Goldfinger did not plan to blow anything up, instead using the "dirty" effect of irradiating the gold.

Physicists state that gold, in theory, could become radioactive from a cobalt-iodine atomic device (which Goldfinger claimed to have sourced from the Chinese) after gaining an extra neutron from the streams of subatomic particles let out by the blast. 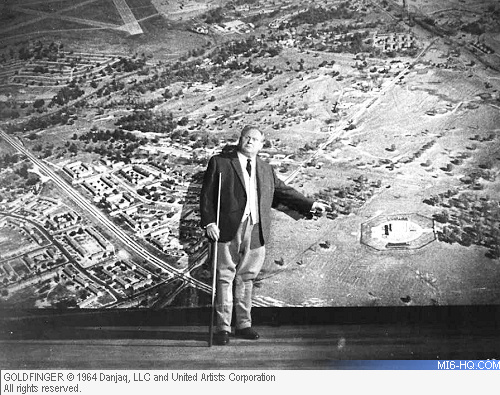 Goldfinger claimed this radiation would keep the US gold reserve untouchable for 58 years. However, the radioactive form of gold is very unstable and would turn to liquid mercury within days. So instead of making the gold reserve untouchable, Goldfinger would completely destroy it. Although his prediction on what would happen to the gold was wildly inaccurate, his expected stock value might still go up by 10 times, like he claimed in the film. 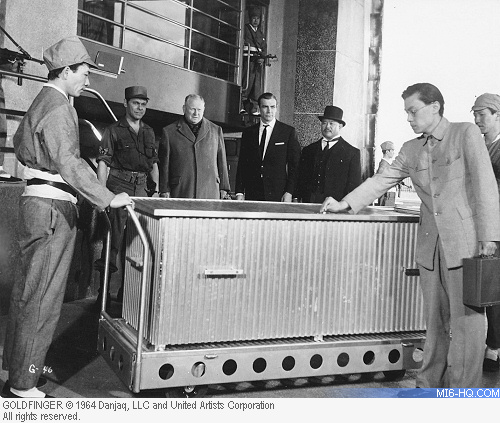 GOLDFINGER: "This is gold, Mr. Bond. All my life I've been in love with its color... its brilliance, its divine heaviness." 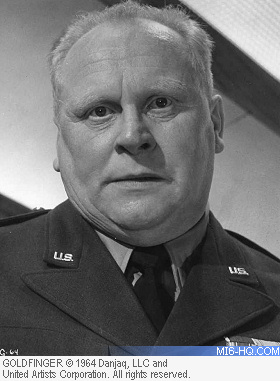 Operation Grandslam
Plot: Detonate an atomic device inside Fort Knox rendering the US gold reserve worthless and thereby increasing the value of his own stockpile
Planning: Goldfinger spent 15 years perfecting the plan.
Success: Foiled by James Bond and Pussy Galore.
Fate: Blown out of a depressurizing plane after firing a golden shot at 007.