German actress and dubbing artist, Nikki van der Zyl, the voice behind some of the early Bond women, died on 6 March 2021, following a stroke. She was 85.

Born in Berlin on 27 April 1935, Monica “Nikki” van der Zyl worked on a total of ten James Bond movies concluding with 'Moonraker' in 1979. Her Jewish family fled Nazi Germany in 1939 to begin a new life in north London. From a young age, van der Zyl showed a great interest in the arts and was a keen member of her local amateur dramatics society. At the age of eleven, she was asked to dub the part of a little girl in a German movie into English. Spending the day at Denham Studios, van der Zyl recalled, “By the end, I knew I wanted to be an actress.”

She studied for a year at PARADA, which, in the 1950s, was a preparatory academy to the Royal Academy of Dramatic Art. Unable to afford the RADA fees she instead found work in the West End taking small parts in plays before touring the UK for two years in the military farce, ‘Reluctant Heroes.’ 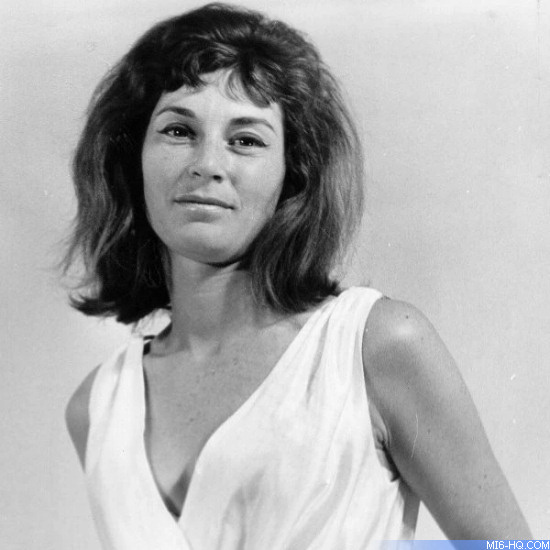 Van der Zyl discovered her voiceover talents via a family friend, Robert Rietti, one of England’s most prolific dubbing artists, who would also lend his vocals to the early Bond pictures. She secured work through De Lane Lea, the respected post-production house in London, re-voicing British stars such as Shirley Ann Field in ‘Man In The Moon’ (1960), as well as dubbing international films into English.

In 1962 EON Productions contacted Louis Elman, director of voice production at De Lane Lea, requesting an artist to re-voice Ursula Andress in 'Dr. No'. Van der Zyl later said that Andress’ Swiss-German accent was considered “not exotic enough.” For the sum of £25, she instead provided Honey Ryder with “a mid-Atlantic accent.” Van der Zyl also lent her singing talents to one of the film's most memorable scenes performing ‘Underneath the Mango Tree’ as Honey Ryder emerges from the waves. She was then asked to dub Eunice Gayson’s Sylvia Trench who according to van der Zyl, had “a voice deemed too posh for the character.” She also re-voiced Strangways secretary, Mary, played by Dolores Keator.

She once described her working methods to The Jewish Chronicle, “I had a natural talent and became known in the industry for my re-voicing skills. I would stand in the sound studio, with the sound director and sometimes the director of the film, and try out different accents for different characters. It depended on what I liked and didn’t like — I’m the artist. The voice has got to be part of the acting. I was there to do a job and took pride in my work, using breathing techniques, singing, and acting.”

Van de Zyl still had aspirations to appear on screen and in her 2013 biography, ‘For Your Ears Only’ recalled that while working on 'Dr. No' she asked Terence Young if there was a part for her in 'From Russia With Love'. “He said, ‘No, I’m afraid you wouldn’t stop the traffic, Nikki.’ However, the good-looking young man in the corner came up to me and said in a loud voice, ‘I’d stop the traffic for you any day.’ That voice belonged to Sean Connery.” 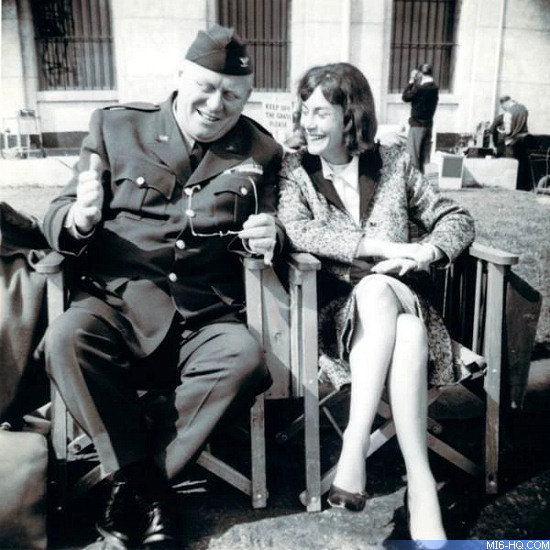 She was on hand to re-voice several minor parts in 'From Russia With Love' but for 'Goldfinger' van der Zyl dubbed both Shirley Eaton and Nadja Regin. The production also hired her as a dialogue coach to assist fellow German actor, Gert Fröbe. She remembered helping Fröbe with Auric Goldfinger’s now-iconic retort, ‘No Mr. Bond I expect you to die.’ “Gert delivered the line fairly dramatically at first, but I told him that it would be more effective if he said it in a throwaway manner which he does in the film.” She joined the Bond unit on location at Stoke Park where she recalled, Sean Connery taught her the basics of golf.

For 'Thunderball' van der Zyl supplied the voice of Domino played by Claudine Auger and on 'You Only Live Twice' re-voiced the Japanese actress, Mie Hama. She then provided vocals for smaller parts: Virginia North’s Olympe in 'On Her Majesty's Secret Service', Denise Perrier who appeared as Marie in the pre-titles of 'Diamonds Are Forever', and Francoise Therry who played Chew Mee in 'The Man With The Golden Gun'. Van der Zyl also claimed she re-voiced some pickup lines for Jane Seymour’s Solitaire in 'Live And Let Die', and also worked briefly in Paris on 'Moonraker'.

In the 1970s van der Zyl re-trained as a barrister and later became an assistant to MP, David Mellor, in the House of Commons. In the early 1980s, she was recruited to work with the political editor of TVS, the newly appointed ITV franchise holder in the South of England, as a Parliament media liaison.

She once said of her craft, “Re-voicing is both art and artifice combined. It is skillful deception, which can repair defects and improve performances. It is a bit like fine-tuning a car while still on the production line.” Van der Zyl felt she never received enough recognition for her contribution to the James Bond films and for many years let her disgruntled feelings be known to the press. However, Oscar-winning dubbing editor, Norman Wanstall, who worked on the first five Bond pictures observed, “It is to Nikki’s credit that her performances have never been questioned and her greatest reward is to witness the disbelief of those informed that Ursula Andress’ voice is not her own.”