Writer Phoebe Waller-Bridge talks more about Bond 25, plus news on the villain's plot

Writer Phoebe Waller-Bridge has given a new interview to Deadline in which she sets the record straight on her work on the Bond 25 script and also addresses the #MeToo movement that emerged since the last 007 adventure, SPECTRE, was released.

"There's been a lot of talk about whether or not [the James Bond franchise] is relevant now because of who he is and the way he treats women," she told the trade outlet. "I think that's bollocks. I think he's absolutely relevant now. It has just got to grow. It has just got to evolve, and the important thing is that the film treats the women properly. He doesn't have to. He needs to be true to this character." 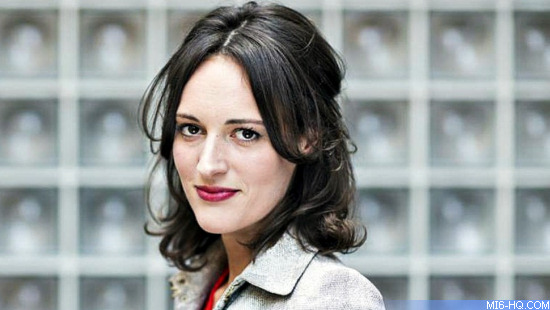 "When I saw his Bond for the first time, there was a wryness to his performance that I really loved. So, I was really excited about writing dialogue for him. I mean, the script was there. It's already there. I think it's unfair to say that I'm writing the script."

It has been mentioned several times before, but Daniel Craig was instrumental in bringing her onboard to strengthen the female characters in the script. She said she wanted to ensure the characters "felt like real people."

"I just want to make sure that when they get those pages through, that Lashana, Léa, and Ana open them and go, ‘I can't wait to do that.' As an actress, I very rarely had that feeling early in my career. That brings me much pleasure, knowing that I'm giving that to an actress."

Meanwhile, over in the Daily Mail, Baz Bamigboye is back with a scoop on the Bond 25 pilot. "The movie's premise is genetic warfare, which is fascinating- but you gotta boil it down and make it accessible,' an executive connected to one of the studios involved in the 007 film told him. "And that's why Phoebe was hired. She has somehow made sense of it. There aren't many people in the world bright enough to bring some humour to the topic of genetics and the Human Genome Project."