A recent discovery makes the hitmen even more sinister

The trio of hitmen in 'Dr. No', known in fandom as 'The Three Blind Mice' due to the song that plays during their introduction in the film, appear in a scene you may not have noticed before.

Around 23 minutes into the film, James Bond is taken to John Strangways' house by Superintendent Duff (played by William Foster-Davis) to investigate the deaths of the MI6 agent and his secretary Mary Trueblood. When the pair get out of the car, Duff briefly turns to glance at the road. 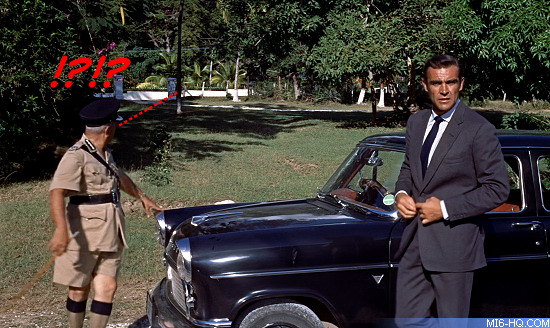 With Blu-ray and 4K versions, it is now possible to see that the Duff's suspicion was aroused by three blind beggars walking down the street outside the crime scene. It's the Three Blind Mice again - keeping an eye on the house! 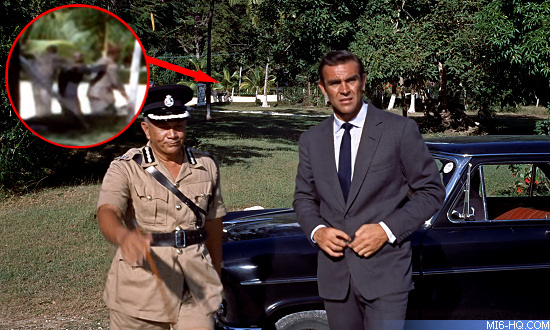 The 'Three Blind Mice' were played by Eric Coverly, Charles Edghill, and Henry Lopez. Later in the film, they try and assassinate Bond as he is entering his hotel, but a car gets in the way. Bond, with no knowledge of their involvement in the death of Strangways and Trueblood, outwits them at the end of a car chase which sees them drive over a cliff to their deaths. 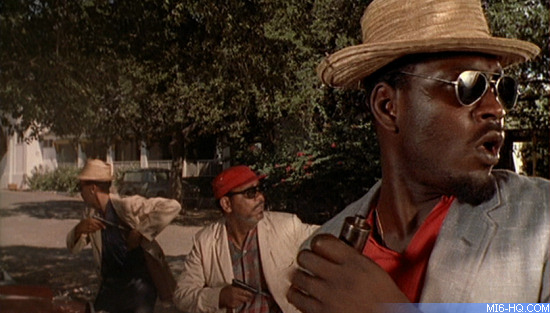 In Fleming's novel, after Bond defeats Dr. No, he hears the trio approach him in the main tunnel. Suspecting they were behind the death of Strangways, he kills them in self-defense by shooting each of them in the head, stomach, and neck.

Credit to @FronAlaPeche for discovering this detail.