Press Release
A unique James Bond cinematic installation will open this winter at the top of the Gaislachkogl Mountain next to the ICE Q Restaurant, Sölden, Austria. The iconic location was used in 'SPECTRE' as the Hoffler Klinik and formed part of the snow chase sequence in the film. 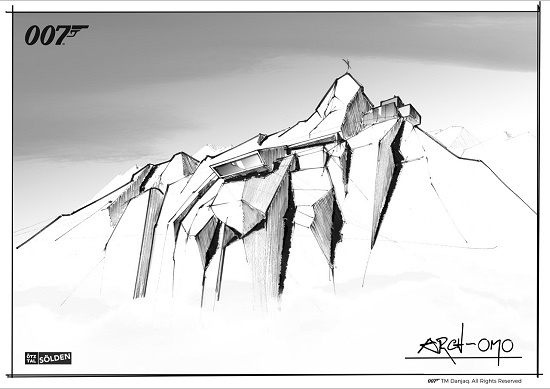 Cable Car Companies Sölden is creating a bespoke new building to house the 007 installation, embedded into the top of the mountain, designed and built by award-winning architect Johann Obermoser. The innovative, dynamic space is inspired by the work of visionary James Bond Production Designer Sir Ken Adam.

The concept for the installation has been designed and developed by Creative Director and James Bond Art Director Neal Callow ('Casino Royale', 'Quantum of Solace', 'Skyfall' and 'SPECTRE') together with Optimist Inc. Head of Design Tino Schaedler and his team. 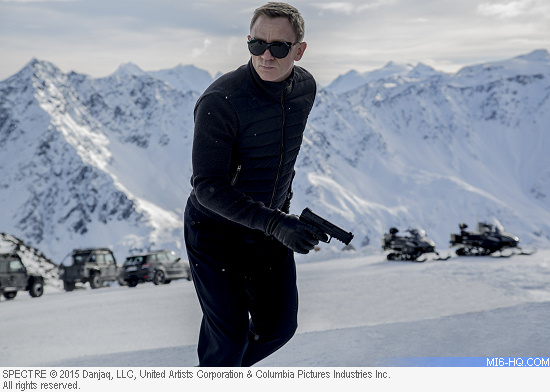 Commenting on the announcement, Jakob Falkner, Shareholder and Managing Director, Cable Car Companies Sölden said: "We're delighted to be partnering with EON Productions and Metro-Goldwyn-Mayer to bring Bond back to Sölden by creating a truly unique experience in the heart of the Tyrol region. Together with the many exciting and varied activities available in the area, this James Bond installation will strengthen Sölden’s position as a year-round destination for sports and entertainment.”

The name of the cinematic installation and further details about the visitor experience will be released later this year.