The British Are Coming

Sean Connery, who plays secret agent James Bond on the screen, has a theory on why the Ian Fleming hero enjoyed great popularity in England. He reasons that the English ego, battered by the war and the loss of empire, was salved by the portrayal of a countryman who faced international villains and voluptuous females with equal fearlessness. 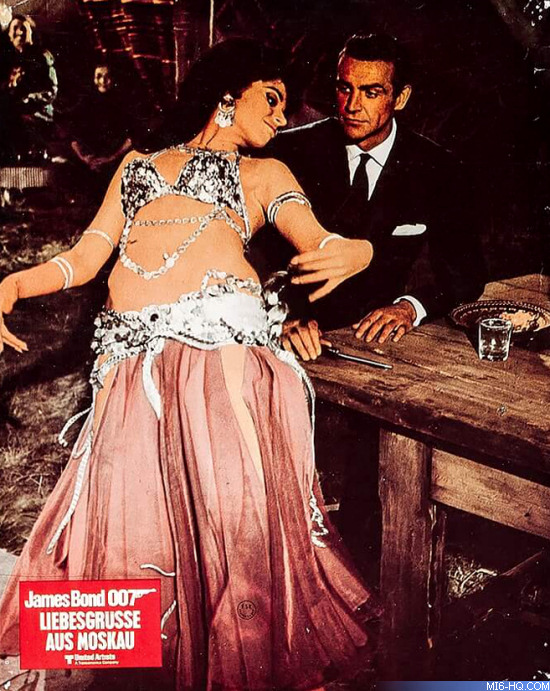 Apparently, the unwavering Bond continues to rule Brittania. United Artists gleefully reports that the second of the Fleming films, 'From Russia With Love', has already recovered its $1,850,000 cost in England. So the American receipts will be so much gravy, or - to fit Bond's delicate taste - bordelaise.

No doubt the new film will repeat the success of 'Dr. No', a surprise hit of 1963. 'From Russia With Love' is the same kind of relentless entertainment, so ingeniously gimmicked and so outrageously plotted as to defy complaisance.

Outlining the plot is about as easy as capsulizing the events that led to World War II. Suffice to say that this time Agent 007 is sent to Istanbul to accommodate a beauteous secretary at the Soviet consulate who will defect only to him. Only she is not really defecting: she has been duped by a counter-counter-agent who - oh, forget it. 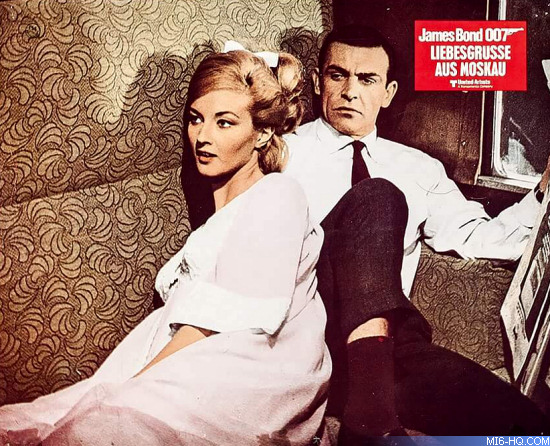 A logical continuity cannot be written because there is none. These films are a throwback to the Saturday matinee serials that were a Hollywood staple for many a year. The formula is simple. Every five or ten minutes, Bond is bottled in a tight or deadly situation. Will he get out? Of course. The only difference between these films and the old-time serials is that you don't have to wait until next Saturday to find out what happens.

The Bond picture has the advantages of modern design. The scenery - Venice, Turkey, the Balkans - is exotic and colorful. The sadism is laid on with a deft touch - death fights of gypsy girls; a wide variety of garrotings, judo chops, and other lethal devices, including a shoe-toe stiletto with 12-second poison. I counted eight individual murders and one mass battle. 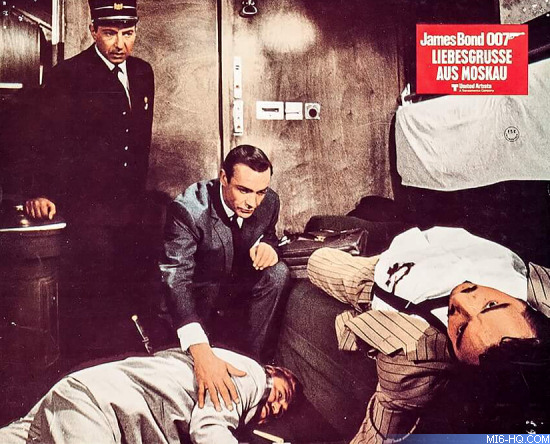 There is sex. A parade of leggy, languorous beauties appears ready to surrender to the suave, furry-chested Bond, and most do. Not many actors could pull off such an improbably characterization, but Scotsman Connery manages. He provides the proper touch of virility and daring, leavened with a sizable amount of wit.

One brief moment in 'From Russia With Love' was a gem. Visiting a camp of pro-Western gypsies, Bond finds himself caught in an attack by Russian agents. Amid shooting on the stockade and covered wagons going up in flames, an arrow whizzes past Bond's ear. He considers the anachronism for an instant, shrugs and continues fighting. That made the whole thing seem worthwhile. 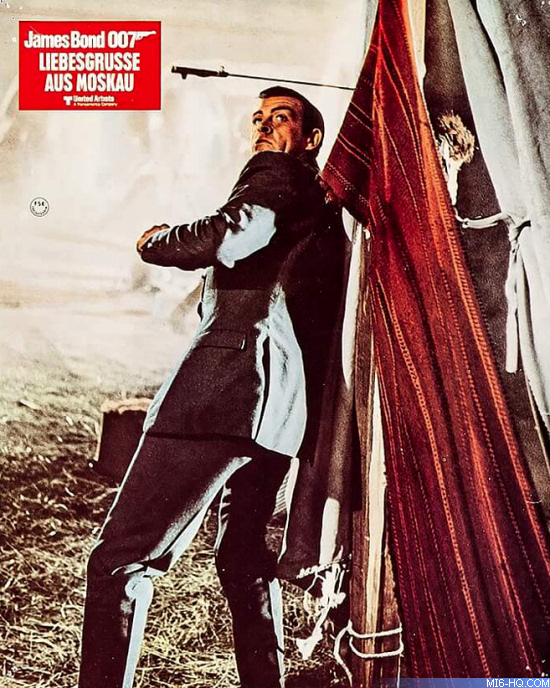 Laughing It Off With Bond

James Bond 101 Take a look back at how one member of the UK press received James Bond's second adventure, 'From Russia With Love', some 50 years ago