Ian Fleming joined the Dr. No crew on the beach in Jamaica during filming 55 years ago

The 'Dr. No' film crew arrived in St Ann's Bay in the Ocho Rios region on February 6th, 1962 and was due to film on the waterfront. 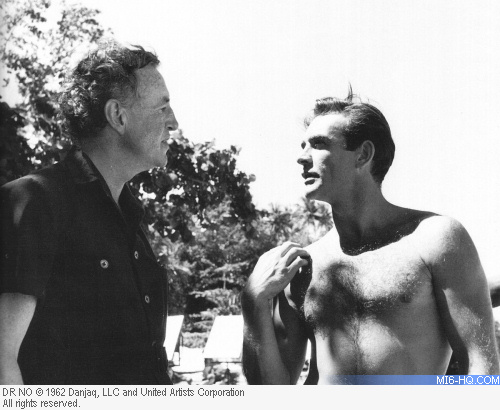 When the main unit arrived at Laughing Water to shoot the scene where Honey Ryder memorably emerges from the sea, they found themselves literally just down the beach from Goldeneye and Fleming himself visited the set with friends and neighbours Noel Coward and Stephen Spender and visiting journalist Peter Quennell. Fleming even spent some time with Connery advising him on the best way to play Bond. 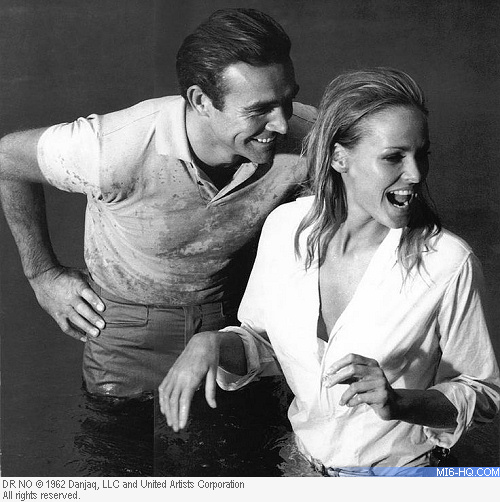 Fleming returned to the location on February 17th when the crew had moved on to Falmouth to watch the crew staging the scene where Bond and Honey hide behind a sandbank after being shot at by Dr. No's guards aboard a boat. The sequence had to be reshot after a detachment of American sailors, alerted by the sound of gunfire, rushed to the scene to see what was going on. 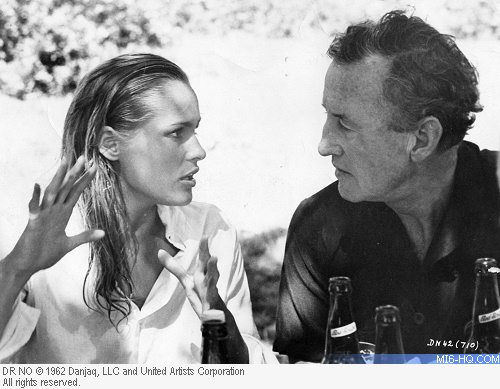 Dr. No Exactly 55 years ago this week, cameras rolled on the James Bond film series for the first time