Whilst investigating Stromberg Shipping, Bond and Anya check into the Hotel Cala Di Volpe in Sardinia 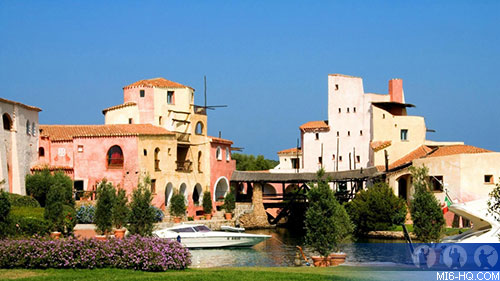 On Screen: James Bond (Roger Moore) and Anya Amasova (Barbara Bach) check into the glamorous and sun-drenched Hotel Cala Di Volpe whilst they are scouting the strange and exotic underwater base, Atlantis. Moneypenny, in making the reservation, is careful to order a suite with two bedrooms for the agents. After checking in under the name of Robert Sterling, Bond and his companion are shown to their room. Bond picks up a note informing "Sterling" that he has been granted an audience with the elusive millionaire, Carl Stromberg. Anya and James are met by Stromberg's personal pilot in a private jet boat with lovely lines. Naomi, the pilot, has moored the craft on the private jetty of Cala Di Volpe. Later, the buxom receptionist delivers a message – the intel. 007 ordered on the Stromberg tanker revealing its strange movements. 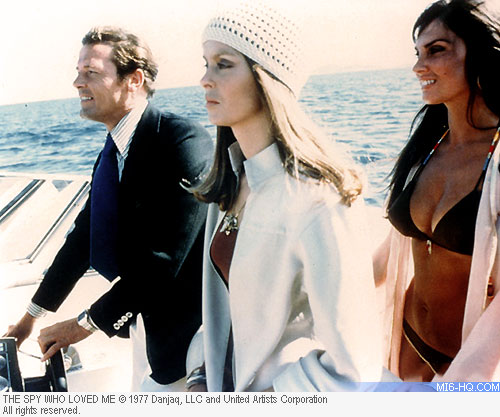 In Person: Styled in a warm, Mediterranean fashion, the quaintly designed building has over 100 sea-view rooms and is one of the most expensive hotels in the world. The presidential suite is the pinnacle of luxury with three bedrooms, two lounges, a steam bath, one private heated swimming pool and a stunning view of the emerald bay. The room that doubles for Bond and Amasova's sitting room is actually, in real life, a bar. 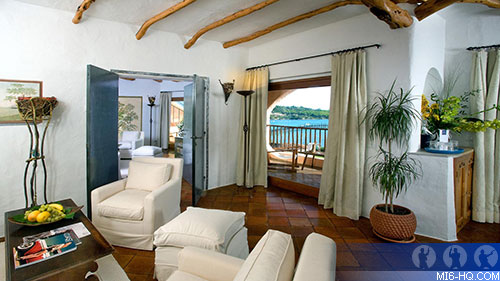 Guests enjoy access to a private beach, three tennis courts, two gyms, and a saltwater swimming pool. The hotel is also home to six eating and drinking establishments, from a Barbecue restaurant to a poolside bar. The hotel was designed by Jacques Couelle, who made his name designing grand villas in France and Italy for the rich and famous. In his work he reportedly made attempt to mimic the location and landscape of the building, borrowing forms and colours from the buildings' surrounds.

The Spy Who Loved Me: The Legacy

James Bond 101 MI6 tracks the legacy of "The Spy Who Loved Me", from Ian Fleming's novel, to the comic strip adaptation, feature film and computer game

The Spy Who Loved Me Trivia