The co-writer of Skyfall and Spectre laments Amazon news

Screenwriter John Logan, who co-wrote both 'Skyfall' and 'SPECTRE' for director Sam Mendes, penned an opinion piece for the New York Times this weekend that was critical of the news that Amazon will be taking over MGM for $8.45b and what it could mean for the future of James Bond.

Given Logan is writing about his own work, his positioning of the recent past to the potential dark future of the franchise could be perceived as a little biased. Or to paraphrase 'Die Another Day', "one man's studio partner is another man's product placement.'

Logan's main contention is that Danjaq and its subsidiary EON Productions (both ran by Barbara Broccoli and Michael G. Wilson) produce artisanal films unaffected by the largess of the Hollywood studio system and who resist attempts the 'Marvel-ify' 007's universe.

"Barbara Broccoli and Michael Wilson are the champions of James Bond," Logan writes. "They keep the corporate and commercial pressures outside the door. Nor are they motivated by them. That’s why we don’t have a mammoth Bond Cinematic Universe, with endless anemic variations of 007 sprouting up on TV or streaming or in spinoff movies. The Bond movies are truly the most bespoke and handmade films I’ve ever worked on. That’s why they are original, thorny, eccentric and special. They were never created with lawyers and accountants and e-commerce mass marketing pollsters hovering in the background." 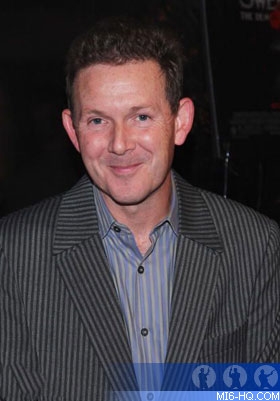 James Bond's independence from typical Hollywood studio meddling was lost back in 2006, not last week.

Furthermore, Logan himself leaned into the 'Cinematic Universe' when he was brought back to pen 'SPECTRE'. Not only did he retcon 'Skyfall' from being a standalone film to now being part of a five-film arc for Daniel Craig (in one draft, Silva is called out as being the head of IT for SPECTRE), according to pre-production reports, he wrote 'SPECTRE' as the first of two films that could be shot back to back, just like some recent Marvel franchise movies. EON and Daniel Craig pushed back on this plan which lead to 'SPECTRE's odd four-act structure.

Before MGM's deal with Sony, the lion meddled with the Pierce Brosnan era films, too. One notable example was MGM's veto of casting Monical Belluci in 'Tomorrow Never Dies' and insisting instead on Teri Hatcher as she polled better with youth audiences. Ironically, it would be 'SPECTRE' that tried to correct that error.

"I can only hope that the powers that be at Amazon recognize the uniqueness of what they just acquired and allow and encourage this special family business to continue unobstructed," he concludes.

For Logan's fears to be realized, Amazon would have to run rough-shod over casting decisions, jam Amazon products in at every opportunity, shift production schedules to the Disney/Marvel approach, and demand plot arcs that span multiple films. The irony, of course, is that Logan actively participated in, or worked under a studio partnership that did, many of these things already.