The proceedings began with Cape’s publishing director, Michal Shavit, “Over the last seven years Anthony has given us three thrilling, entertaining, and magnificent Bond novels. Trigger Mortis focused on Bond’s mid-career, Forever and a Day on his beginnings, and in his final book in the trilogy, ‘With A Mind To Kill’, we see Bond at the end of his career. This is arguably the darkest and finest of the trilogy. A magnificent ending to a magnificent series.” Shavit revealed what she had found most interesting about Horowitz’s work was his exploration into the physiological portrait of James Bond while remaining true to the constraints established by Fleming. “Anthony has pulled off the great trick of making the character his own while simultaneously giving the reader the Bond they know and love. Fleming’s Bond lives in Anthony’s mind in a very particular way but Anthony knows profoundly, that at the end of the day, Bond belongs to all of us.” 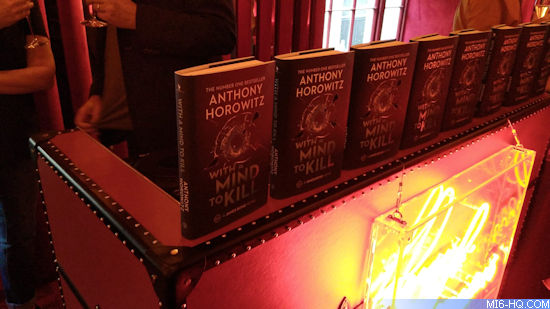 IFP’s Diggory Laycock reminisced about the initial meeting the Fleming estate had with Horowitz back in 2014, “The first thing he did was to open up his satchel and bring out his original paperback copy of Dr. No, which he had taken with him and cherished at school. His mother had signed it, to prove he was allowed to read such dangerous material. We knew at that moment that this was someone with a long-held passion for Bond and that we were in safe hands.” Laycock revealed part of ‘With A Mind To Kill’ takes place in Russia making the novel topical for our times, “Anthony gets to show us inside the great bear, where it is usually just a vague, menacing, nebulous plotting creature. He also reminds us that the Russian people, as a population, weren’t evil during the Cold War, much as they aren’t today but had to live under terrible circumstances foisted upon them, never sure when the State might capriciously inflict instant permanent revenge upon them.” Laycock concluded that his great-uncle would have been very impressed by the new book.

The author patriotically highlighted, “Bond is the greatest hero of our lifetimes. What Ian Fleming created was sheet genius. This character, who moulds himself from decade to decade, somehow represents the very best in all of us. Whether it’s Daniel Craig walking behind the Queen or Roger Moore jumping off that cliff with a Union Jack parachute, there is something about Great Britain, which is exemplified in this character, which never, ever goes away. What a hero! And how lucky I am to have written about him three times.” 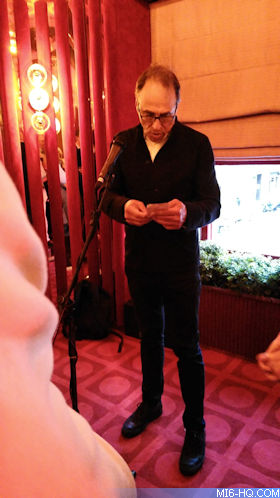 Horowitz thanked the Fleming family, as well as Corinne Turner, managing director of Ian Fleming Publications. “Once you write a James Bond novel you are part of the family. I hope we will have a future together.” The novelist reflected, “I have written 55 books in my lifetime but the three books I am most proud of, are these three. To be an asterisk in the history of James Bond is fantastic and really makes me feel that is what I was born for. I wish with all my heart, the very best of luck, to whoever comes in next to write a James Bond continuation novel.” Horowitz amusingly concluded, “I am going to give them one piece of advice: if anyone ever asks you who should play James Bond next… don’t answer!” 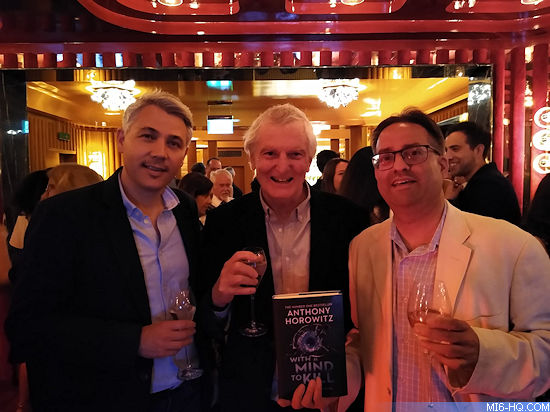 Representatives from both the Ian Fleming family and EON Productions were in attendance as well as other notable guests from the world of James Bond including Young Bond author Charlie Higson and Fleming biographer Andrew Lycett.