First up in this four part series, Nicolas Suszczyk reflects upon Daniel Craig's introduction as James Bond in 'Casino Royale'

"The return of James Bond". The line we hear every two, three or four years had a special meaning in 2006 with a new actor playing James Bond in the official series adaptation of the 1953 Ian Fleming novel where agent 007 debuted. It had a special meaning because James Bond, as always, returned. But this time, the series would get a reboot process and the well-known fictional spy would be redefined for the 21st century.

'Casino Royale': 007 status confirmed
The production of 'Casino Royale' had a one in a lifetime opportunity to close one of the biggest unfinished businesses in the Bond cinematographic series: to make the first 007 novel ever published a serious adaptation in the official franchise, after the rights for the book -far from the hands of producers Albert R Broccoli and Harry Saltzman- served for an American live theatre episode in 1954 and an extravagant spy spoof in 1967 starring David Niven and Peter Sellers. 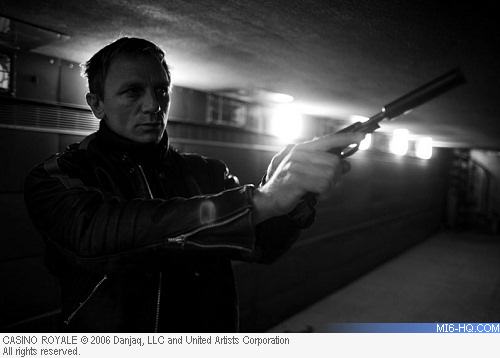 The expectation was as high as in 1995 when 'GoldenEye', first appearance of Pierce Brosnan in the role, brought agent 007 back to the screens after a six year and a half gap and rather poor box office results of 'Licence to Kill'.

'Die Another Day', released in 2002, did good on the box office records but EON productions felt it was time to go move aside the special effects and pyrotechnics and privilege the darker side of James Bond: a bleak character whose complex emotions where partially reflected in the Timothy Dalton and Pierce Brosnan films.

With Martin Campbell returning eleven years later to the Bond director chair, it was decided to faithfully adapt the first Ian Fleming novel into the first 00 agent mission of the rebooted James Bond, while modernizing it to the 21st century and adding a whole new subplot that included new villains and action sequences that would eventually lead the novice 007 into the casino table where he would face his nemesis Le Chiffre, this time not a Soviet agent but a banker for the international terrorism and member of a shadowy criminal organization whose only visible face is someone known as Mr. White. 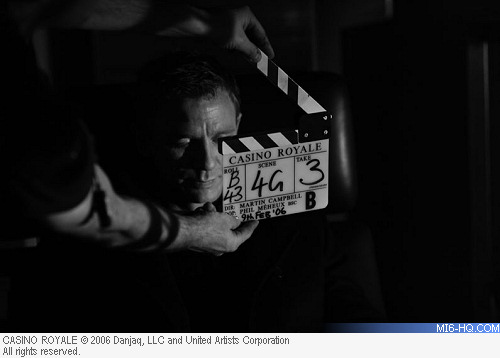 After a black and white pre-credits sequence where the secret agent earns his 00 status after terminating a bent MI6 section chief and his contact (one of the killings is more brutal than the other, as Bond himself reflects in the source novel), Casino Royale introduces James Bond 007 with a quick gunbarrel sequence that leads the audiences into the titles, as Chris Cornell sings "You Know My Name".

The song deals with the challenges Bond will face throughout the film: betrayals, risks, and the build-up of his identity. Composer David Arnold insisted that this theme song shouldn't take the film's title, since the casino itself wasn't a key element in the plot: "I felt this song needed to be about James Bond," he said in 2008.

Many aspects of the Bond folklore were taken out: the "James Bond Theme" left only for the end credits, the abundance of women and the outrageous gadgetry, the known "formula" and the characters of Moneypenny and Q, only with Judi Dench returning as M from the Pierce Brosnan era (it is still a subject of debate if she played the same M or not).

Vesper Lynd and Le Chiffre, the female interest and the villain respectively, suffered a few changes into the adaptation to the script written by Neal Purvis & Robert Wade and Paul Haggis.

French actress Eva Green portrayed Vesper in a brilliant way being an intellectual challenge to Daniel Craig's Bond as the Treasury accountant sent to aide him on the job. Unlike the literary version, the cinematic Vesper is smart and challenging, while Fleming's vision of the character was the one of a 1950s woman with few things to do in a man's world. 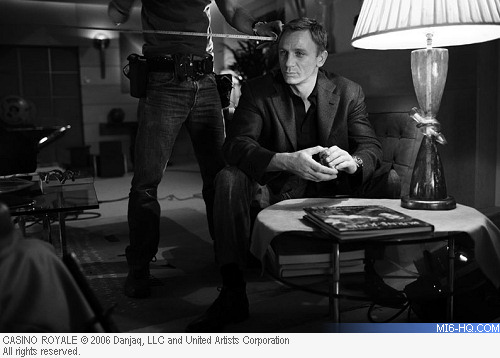 Eva Green's character is sent to Montenegro to deliver Bond the HM Treasury funds he has to bet in order to beat Le Chiffre in a Texas Hold'em poker tournament, making him a target of his organization and his terrorist clients (in the book, the soviet SMERSH organization) after he put their money on stake. Just like in the novel, Bond and Vesper will fall in love until their affair will end tragically when the girl commits suicide after betraying Bond and revealing she was a double agent being blackmailed by the organization behind Le Chiffre and Mr. White, leaving 007 broken hearted.

Even when Le Chiffre was made younger and more handsome than in the book version, Danish actor Mads Mikkelsen captured the same shade of sadism as the original when torturing Bond by beating him up on his genitals in another scene lifted from the novel. Le Chiffre was also given a girlfriend, Valenka, played by Ivana Millicevic.

'Casino Royale' excels artistically and dramatically with the direction of Martin Campbell and his crew. It proved to be a welcome reintroduction of James Bond in a more aggressive world filled with threats, where Daniel Craig also made a remarkable portrayal. His Bond is the one who learns how to win and lose, or how for every triumph he has, he loses something - or someone. The one who can best express anger and grief as he holds the dead body of the girl he loved. 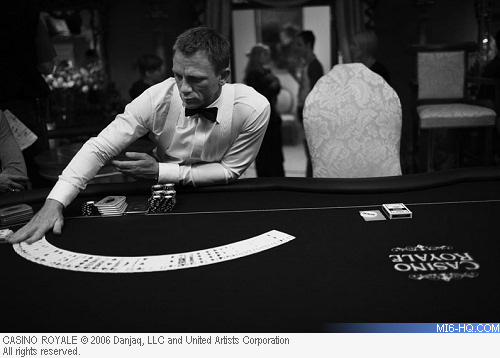 In his way to become the one we know, he leaves the t-shirts and leather jackets for three piece suits and tailored dinner jackets. During the very last scene of the film, impeccably suited, he confronts Mr. White -the man behind Vesper's betrayal- holding a silenced machine gun. White walks crawling to Bond's feet after being shot in the leg as the secret agent looks at him.