In the third of this four part series, Nicolas Suszczyk reflects upon Daniel Craig's 'Skyfall'

‘Skyfall’: The old 007
Exactly 50 years after Sean Connery was announced as James Bond in 'Dr. No', EON Productions announced the cast and crew for the 23rd 007 adventure: 'Skyfall'.

Four years have passed after 'Quantum of Solace': the film didn’t have the expected success, even when it surely wasn’t a flop, and MGM had been in crisis. Yet, it is understood that EON got the point that the third Bond film starring Daniel Craig needed to be lightened up a bit, even when the script had to be emotionally driven and with lots of intensity to make the 50th anniversary of James Bond justice.

Director Sam Mendes, Academy Award winner for 1999’s ‘American Beauty’ and a personal friend of Daniel Craig, was hired to direct Bond 23. A solid cast was brought: Naomie Harris as an agent named Eve, Javier Bardem as the villainous Silva, Ralph Fiennes as Gareth Mallory, Bérénice Marlohe as the mysterious Sévérine, Ben Whishaw resurrecting the character of Q and the return of Judi Dench as M.

When a hard drive containing the identity of secret agents infiltrated is stolen in Istanbul, M is forced to voluntary retirement by Mallory, the new chairman of the Security Committee. Meanwhile, Bond is presumed dead after being mistakenly shot in the mission where he had to chase the hitman who stole the hard drive, Patrice (Ola Rapace).

As MI6 is under attack and M receives death threats, Bond “resurrects” and is taken back for active duty. Through one of the bullets that hit him in Turkey, he finds Patrice is in Shangai for a contract kill. With a doubtful Mallory, M authorizes 007 for a new mission (by also faking the results of the physical exams) and the agent comes face to face with Patrice, whom he kills. 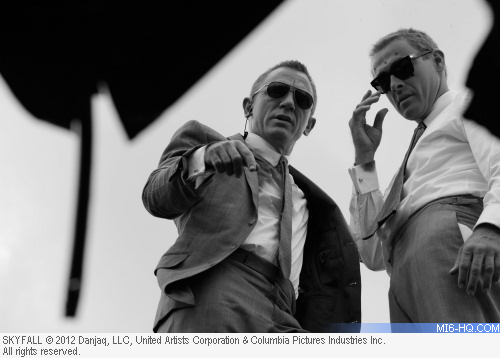 Posing as him, he meets Sévérine, an oriental girl with a sexual slave past who takes him to her employer: Raoul Silva, also known as Thiago Rodrigues, a former MI6 agent. Silva was the man behind MI6’s bombing and has targeted M because she handed him over the Chinese right after 1997’s transposal of Hong Kong. Back then, Silva over exceeded his orders and hacked the Chinese, who locked him “in a room with no air” for months. He tried to use the cyanide pill hidden in his molar, but it ended up destroying his jaw.

Bond captures Silva and imprisons him into the MI6 isolation cell in London, but the man escapes and threatens to kill M during a public inquiry. 007 manages to rescue his boss and takes her to Scotland on his Aston Martin DB5. There, in his childhood residence named Skyfall, and with the aid of the groundskeeper Kincade (Albert Finney), Bond confronts Silva and his goons in a battle that extends to the Scottish wasteland and to the Bond family chapel.

Very much like 'Goldfinger' in 1964, ‘Skyfall’ seems not to be related to the previous two films. As the Bond saga begun with Sean Connery, ‘Dr. No’ and 'From Russia With Love' tied up when the same villain group was behind the main threat. Likewise, 'Casino Royale' and ‘Quantum of Solace’ were tied up in a more stretch, temporal way.

‘Skyfall’ completely forgot about the story arc opened in ‘Casino Royale’ and went with a standalone plot where Bond’s trust to M had to be tested. In the words of screenwriter John Logan (who joined the Purvis-Wade duo), in this movie ‘the Bond girl is M’. There are plenty of references of M as being a short way of “mother” and to the somehow maternal trust of the Head of MI6 to her preferred agent.

Even when the gunbarrel sequence went back to the end of the film, because Mendes insisted that the first shot (a shadowy Bond walking towards the screen) looked very similar to the popular iconography, the 50 anniversary Bond film has all the elements of a classic Bond adventure.

As James Bond falls into the water from a bridge after being mistakenly shot by agent Eve, the beautiful main title sequence by Daniel Kleinman beautifully displays over Adele’s Oscar winning song of the same name as the film. Then we have some references to the novels, like Judi Dench’s M writing 007’s obituary like in the last chapter of Ian Fleming’s ‘You Only Live Twice’ and Bond “enjoying death” in Turkey, taking pills like in the novel ‘Moonraker’ after sleeping with an exotic beauty.

Thomas Newman does a good job on the soundtrack but fails to play with the James Bond Theme in the same way David Arnold did. Returning from ‘Casino Royale’ is second unit director Alexander Witt, who makes the action scenes look tidy, expensive and intense. Roger Deakins’ cinematography adds bluish tones to the scenes shot in Shangai, golden tones for Macau and a stormy grey for the climax in Scotland. 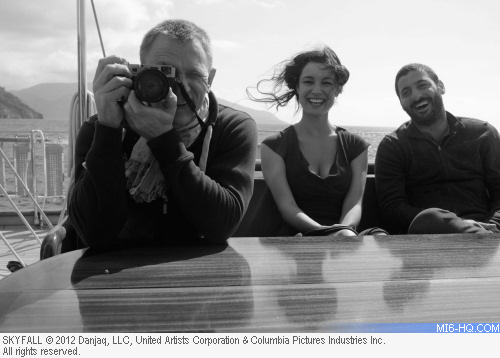 As for the characters, the Bond girls seem a bit weak, probably because –just as Logan pointed out– M is the leading girl of the movie, the one he has to protect. Bérénice Marlohe appears a very short time and has few lines of dialogue, but her eyes are expressive enough to evoke mystery and fear as the sexual object of the villain Silva, who is very well portrayed by Javier Bardem: a combination of showmanship and madness in his desire to terminate M or his way of provoking the captive 007 by patting his hand across his chest: “There has to be a first time for everything,” he comments.

Judi Dench gives her best performance in the series in her last appearance as the Head of MI6, dying in Bond’s arms at the end of the film. A remarkable scene takes place as she reads a paragraph of Alfred Tennyson’s ‘Ulises’ during a public inquiry while Bond desperately runs across London to stop Silva, who is going for her head. Ben Whishaw is a modern version of the famous gadget master, Q, who laughs about the old days of the “exploding pens” but, at the same time, he asks 007 to return the equipment in order just like Desmond Llewelyn asked in every movie he appeared.

As a moved 007 looks across the rooftops of London, he is joined by agent Eve who introduces herself as Miss Moneypenny. Right after he enters the classical looking new MI6 office, Mallory is occupying the place of the deceased character of Judi Dench. He’s the new M. 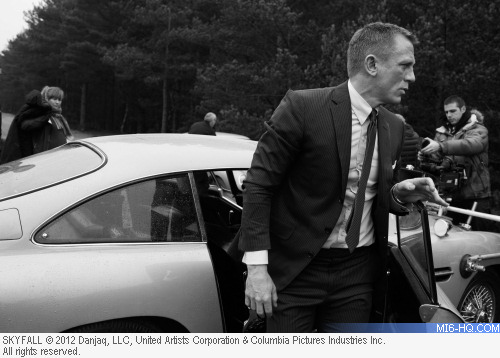 Daniel Craig seemed more confident in the role in ‘Skyfall’. His chemistry with the director Mendes helped to improve his performance even more and to catch the style of the James Bond portrayal that was a bit missing from ‘Casino Royale’ and ‘Quantum of Solace’. Highlights of these are some of the one-liners: “Put it all on red. It’s the circle of life,” he tells Eve as she hands him a briefcase with millions of euros originally intended for Patrice the hitman. He also provides humor as he tells M his obituary was “appalling” but that he liked the bit where she names him “an example of British fortitude.” There are also a few welcomed reactions like adjusting the cufflinks of his shirt after an action scene that are slightly reminiscent of the Pierce Brosnan era.

‘Skyfall’ grossed around a thousand million dollars worldwide and was highly acclaimed, providing a great success for the James Bond franchise.

Daniel Craig In the second of this four part series, Nicolas Suszczyk reflects upon Daniel Craig's 'Quantum of Solace'