Has the long-lost track of Eric Clapton for Licence To Kill finally leaked out?

Of all the 'lost' treasures of the James Bond film series, a music session with one of the world's most famous guitarists ranks highly amongst long-term fans. On February 9th, 1989, 'Licence To Kill' composer Michael Kamen gathered Eric Clapton and regular series guitarist Vic Flick for a recording session in Townhouse Studios, London to create a new rendition of the James Bond theme. The track has never been released.

According to several interviews over the years with Flick , the trio even performed for a music video shot in a loft in the wharf area of London the following day.  The story goes that EON, despite having commissioned the Clapton work, had decided to go with a song instead (ultimately performed by Gladys Knight).

The date and location of the session have been confirmed by author Marc Roberty, who had access to Clapton's files when compiling his book 'Eric Clapton (Complete Guide to His Music)' some fifteen years ago.

With Michael Kamen having passed in 2003, few thought the track would ever be heard. Some suspect the videotapes are sitting with EON who, having junked the Clapton collaboration, have either deliberately left it unreleased or have lost track of it. 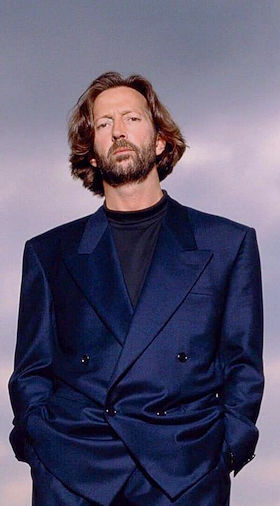 It was with great surprise then that a supposed leak of the Clapton session was published recently on SoundCloud by a Clapton fan. The quality of the audio suggests it was a digital copy from an original studio tape, which is better than any bootleg that would have been likely to get passed around, especially more than 30 years on. Is the recording genuine, or an elaborate hoax? Listen and decide for yourself.